Written by Kirstin Opal
Updated: November 11, 2022
© iStock.com/Ondrej Prosicky
Share this post on:
More Great Content:
See The Footage of The Rarest Bear…
Silverback Gorillas vs Grizzly Bears: Who Would…
Why Did Cave Bears Go Extinct?
5 Massive Bears Larger Than a Grizzly
Watch a Grizzly Drag a Moose Calf…
Polar Bears vs. Grizzly Bears: Which Would…

Grizzly bears are one of the few apex predators. They’re at the top of the food chain and will attack almost anything if they’re hungry enough. Brown bears are also known to be incredibly territorial. They share the wilderness with other animals, such as cougars, birds, coyotes, and more.

A real wilderness location, Katmai National Park and Preserve is located about 260 miles southwest of Anchorage. The Valley of 10,000 Smokes’ surreal volcanic beauty attracts some visitors, but bears are the main draw.

The park is home to over 2,200 brown bears, many of whom concentrate on the Brooks River to gorge on the summer salmon runs, making it one of the greatest places in Alaska to see bears. A Youtube channel by the name “Bradjosephs” was visiting the area when he saw something peculiar.

Multiple bears were foraging by the river, looking for fresh salmon to eat. In the distant meadow, a giant moose appears. Even though bears are territorial, they’ll rarely attack a moose. It’s too dangerous, even for a wild animal as ferocious as a grizzly.

The two animals walk almost side-by-side at one point, giving us viewers an idea of just how big the moose is. The average grizzly bear weighs around 700 pounds. Males can weigh anywhere between 400–790 pounds, making them heavier than females. A big female might weigh anything between 290-400 pounds.

That’s huge! Grizzly bears are one of the largest land animals alive today. But as we can see in this footage, they look like teddy bears next to the gorgeous Alaskan moose. Female small-sized moose can weigh up to 800 pounds. Males of this size can weigh up to 1,600 pounds and grow as tall as about 6 feet.

It’s not unheard of for a bear to attack a moose, but the teddys in this video know better. They have plenty of fish to snack on, while letting the moose safely pass by. It’s also not uncommon for moose to kill bears.

Moose have been known to gore bears with their antlers, trample them underfoot, or rake them with their hooves. Moose are not hostile creatures. However, they still pose a threat. They will protect themselves if threatened. Grizzlies and polar bears are often not killed by moose, but they can cause significant harm to wolves, black bears, and coyotes, which are smaller prey.

Moose and bears have the capacity to be deadly to people, depending on the circumstance. However, because they are predators, whereas moose are not, bears tend to be more dangerous. If you ever find yourself in a situation like this one, be sure to keep a safe distance from any wild animal.

Is this Normal Grizzly Behavior

To be absolutely honest bears usually stay away from fully grown moose. Moose have very large antlers and they can easily tear a grizzly bear apart and this is the main reason why bear usually leave moose alone.

However, bears are commonly known to attack moose calves below the age of two months as they do not have full grown antlers to defend themselves.

During Spring season, when grizzly bear just come out hibernation, they are known to ignore their own instincts and attack an isolated moose or two. 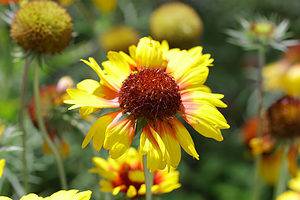