Written by Rebecca
Updated: October 26, 2022
© A-Z-Animals.com
Share this post on:
More Great Content:
An Absolutely Gigantic Moose Makes These Grizzlies…
See The Footage of The Rarest Bear…
Silverback Gorillas vs Grizzly Bears: Who Would…
Why Did Cave Bears Go Extinct?
5 Massive Bears Larger Than a Grizzly
Watch a Grizzly Drag a Moose Calf…

The grizzly bear is an important part of the popular mythology of the American West and the Rocky Mountain region. Named after the partially white or gray tips of the hair, it is among the largest land predators in the world.

To understand brown bear vs grizzly bear, it’s necessary to define exactly what a subspecies is. A subspecies is defined as a geographically separate population, still capable of breeding with other members of the species but prevented from doing so because of their different geographical locations.

If you brought a grizzly bear and Eurasian brown bear together, they would still probably be able to mate with each other. But because their different ranges prevent them from mating in the wild, there’s very little gene flow between them, and they begin to develop unique physical and behavioral characteristics, distinctive to each one.

This is the key to understanding brown bear vs grizzly bear.

Here’s a quick breakdown of the main similarities and differences between the grizzly bear and the other brown bears.

The 4 Key Differences between Grizzly Bear vs Brown Bear

The differences between the grizzly vs brown bear are quite subtle. But if you know what to look for, then it should be possible to distinguish them, even from a safe distance. As humans move into previously wild areas and the climate changes, bears are forced to move into new territories.

As a result, previously separated sub-species are coming into contact with each other and mate and produce offspring. As a result the lines between the grizzly vs brown bear are becoming less distinct. There are also a growing number of matings between Polar Bears and Grizzly Bears.

The resulting offspring are known as Ghost Bears because of their smoky-tan coloring.

The easiest way to distinguish the grizzly vs brown bear is their physical location. While the brown bear is found all across the Northern Hemisphere (especially Europe, the Asian steppes, and parts of the Middle East), the grizzly bear is specifically unique to North America – though because of hunting and habitat loss, its range is now mostly restricted to the northwestern part of the continent.

What complicates matters even further is that some experts recognize several North American subspecies, while others recognize only two, the grizzly bear and the Kodiak bear of southern Alaska. Either way, if you see a brown bear in the northwestern Pacific region, it’s almost certainly a grizzly. The other North American subspecies have very limited geographical ranges.

The grizzly bear has a wide range of different sizes. It tops out at an impressive 8 feet and around 900 pounds, but some individuals are only about 5 feet long and weigh a few hundred pounds. Coastal grizzlies are generally much larger than inland grizzlies, and males are much larger than females.

While this size may seem impressive, it cannot quite compare to the massive size of the Kodiak bear, widely regarded as the largest living land carnivore in the world, which can reach up to 10 feet long and an astonishing 1,700 pounds. A grizzly is about the same size as the Eurasian brown bear though.

When looking at the coloring of the grizzly vs brown bear, the grizzly bear features a brown to buff fur color (sometimes appearing almost white) with silver or pale tips, especially around the back and shoulders. Most other types of brown bears have a more standard brown appearance.

The brown bear has fur that ranges from a cream or silver color to almost black. Grizzly’s have fur that is highlighted with a lighter color than the rest of its fur. This gives the fur a knarled look and is how grizzly’s got their names.

The grizzly bear is characterized by a dished facial profile, long claws, short and rounded ears, and a particularly prominent shoulder hump. A dished face essentially means it has a concave shape; it curves strongly inward at the snout. Many other types of brown bears have a slightly flatter facial profile.

What's the difference between a brown bear and a grizzly?

The grizzly bear can be distinguished by the dished (concave) face, the medium to large size, and the silver or pale tips of the fur. It is one of the few recognized subspecies of brown bears, besides the Kodiak bear, to inhabit North America.

What is more dangerous, a grizzly bear or other brown bears?

Despite the enormous size, neither one is likely to attack a person unless it feels threatened in some way. When attacks do occur, they’re often a result of a mother protecting her cubs. What many people may not know is that brown bears, despite being predatory in nature, mostly like to eat vegetable matter. The long claws and muscular body help them dig up roots and bulbs. When they do eat meat, it’s usually fish. Nevertheless, if you encounter a bear in the wild, it is not a good idea to disturb it.

What is the difference between a grizzly bear and a Kodiak bear?

The Kodiak bear is another subspecies of the brown bear. It is endemic to the Kodiak Archipelago in southern Alaska and generally doesn’t overlap too much with the grizzly. Even if you didn’t know their location, you could still probably distinguish them from their massive size. Weighing up to 1,700 pounds, the Kodiak bear is considered to be the largest land predators on the planet.

Why are coastal brown bears larger than inland bears?

Experts believe it’s because of a diet high in salmon. At one point, people considered the coastal grizzly to be a separate subspecies from the interior “true” grizzly. Because of the large difference in size, it’s easy to make that mistake. But this coastal/inland size difference actually occurs all over the world with every type of brown bear. It does not appear to be caused by genetic factors. 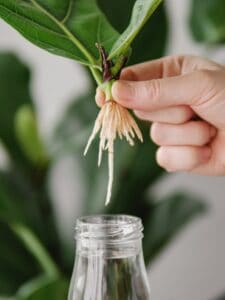