Carp and catfish are famous worldwide.

They’re two of the tastiest fish around, but they offer entirely different flavor experiences. Carp has a strong, robust flavor. Catfish has a mild sweet flavor. Each flavor is representative of the fish’s unique lifestyle.

Read on to uncover the mystery of carp vs catfish.

The critical difference between carp and catfish are the size, appearance, diet, variety of species, and spawning methods. Catfish can grow to be much longer and heavier than carp. It’s also easier to identify catfish, thanks to their famous whiskers.

Carp, on the other hand, are famous for having gigantic mouths. Both carp and catfish are opportunistic feeders that have an omnivorous diet. They eat all sorts of things, including plants and smaller marine animals. Read on to learn all of the critical differences between carp and catfish.

The size of a catfish will depend on its exact species. For instance, the skunk catfish is one of the smallest fish species and is usually less than half an inch long. They are a popular choice for home aquariums. On the other side, the Eurasian catfish can grow as long as 15 ft and weigh over 600 lb!

Carp is a medium-sized fish that come in a variety of colors. Carp fish have long bodies, big fins, and a large mouth. They also have a pair of eyes that rests right on the top of their head. They usually weigh between 8 and 10 lb and have a length of 12 to 24 in.

Flatheads are considered one of the uglier southern catfish but also one of the biggest. They have broad, whiskered heads just like the other catfish. Except the flathead catfish looks like something heavy was repeatedly dropped on its head. They also have a protruding lower jaw. The morphology of the catfish’s head directly relates to their environment temperatures.

The carp is a cute, attractive fish with a giant mouth. Its colors are one of the most beautiful things about this fish. Koi are one of the most exciting carp species. Koi are vividly colored versions of the common carp. Koi came to be after years of breeding by fish farmers throughout Japan.

If you see a common carp in the wild, it’ll likely have a dark brown, black, gold, white, or gray color. They have bony scales too. Some of the other species include silver and grass carp. Silver carp have a gray-black color on their backs with silvery colors on their sides. Grass carp have larger scales and dark borders across their body.

Catfish are opportunistic feeders; they eat all sorts of things! For instance, a channel catfish is omnivorous, eating a variety of animal and plant life. Channel catfish will eat food whether it’s dead or alive. They’re all about finding whatever is available in their environment. These fish prefer to feed in the channels at dusk and move into shallow waters as night falls. While bullhead catfish are happy hunting in muddy waters, channel catfish prefer clear streams.

Carp are omnivores; they eat a diet consisting of aquatic plants and small marine animals. On average, a carp might eat insects, crustaceans, underwater worms, and mollusks. Some of their favorite hunting grounds include the lower streams of the river, water reservoirs, lakes, and ponds.

Catfish make up a diverse group. There are over 2,000 species worldwide, with about 30 different catfish families in the sub-order Ostariophysi.

Bullhead catfish are one of the most popular species for anglers. Bullheads are sometimes called mud cats because they like hanging out at the muddy bottoms of lakes and rivers. There are brown, black, yellow, and flat bullhead catfish species.

Carp also make up a diverse group of fish belonging to the family Cyprinidae. Carp are oily freshwater fish that is native to Asia and Europe.

What are the different carp species? For starters, there’s the common, mirror, grass, leather, crucian, koi, F1, ghost, and bighead. Then you also have the black, silver, and rohu carp.

During the springtime, catfish get ready to make their nest. The nests are easy to make and don’t require much construction as a bird nest would. Instead, they scrape hollows in the sand or mud. They use these shallow areas to lay 2,000 to 6,000 eggs. The male catfish will watch over the eggs until they hatch.

The fry (catfish baby) has both parents to watch over them until they become one inch long. After they’re big enough, the young catfish can travel to schools for safety from natural predators. However, the large schools make catfish an easy catch for anglers.

Carp don’t have to wait for a particular time of the year to breed. They can breed all year long if they’re in a tropical location.

When it’s time to breed, the carp will gather in shallow water with plenty of plants for protection. Female carps scatter eggs among the aquatic vegetation, and then the males fertilize them. The average number of eggs a female will release can be right around 300,000. However, some carp species release over a million eggs at a time.

Carp parents, such as koi, have been known to eat their fry. Other fish that need warm water to spawn include guppies, bettas, and swordtails. 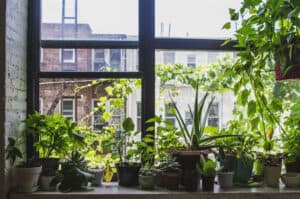 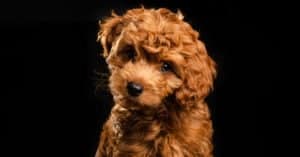