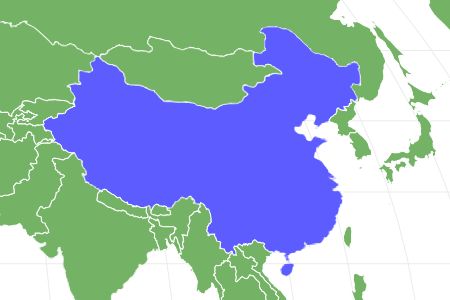 View all of our Carp pictures in the gallery.

View all of the Carp images!

The carp is an oily ray-finned freshwater fish that has played a role in human culture for thousands of years.

As one of the most popular types of pond or aquarium fish in the world, many species of carp have undergone selective breeding for shape, color, and resistance to disease. This practice probably originated somewhere in China and then spread out to the rest of the world. Today carp fish are common in artificial ponds, aquaculture, and recreational and commercial fishing.

There is a lot of confusion surrounding the name “carp,” because it’s actually an informal term and not a scientific one. The closest thing to a scientific classification is the family of Cyprinidae (which actually derives from the Ancient Greek name for the carp, kuprinos; this may have some connection to Aphrodite, the goddess of procreation and love). Think of it this way. Every single species of carp belong to a single family. However, not every member of the family is a carp. It also includes the minnows and the barbells.

Because “carp” isn’t a well-defined scientific term, there is no single agreed-upon number of species. But there are several well-known and popular types:

This is a very diverse group of fish, but there are a few characteristics that unite them. Most of these fish have a big, round body. They have a unique structure that connects the swim bladder with the auditory system to enhance and amplify vibrations and sounds. Most carp fish have barbels (long whiskers) for sensing the surrounding environment, but a few species lack them entirely.

In the wild, carp fish tend to have duller colors such as brown, green, silver, black, and white. But occasionally, a brighter orange or red carp will arise. These specimens have been selected by humans for their appearance to create domesticated species like the goldfish. The average fish grows to 14 inches in length, but the largest specimens measure some 39 inches and 49 pounds. Crucian carp are the smallest types and usually weigh no more than 4 pounds.

The carp is a freshwater fish that first evolved in the lakes, rivers, and ponds of Europe and Asia, though some species may venture out into salt or brackish water for parts of the year. It was gradually introduced to other continents as a means of controlling annoying pests and plants. But due to its habit of disturbing local habitats and out-competing native fish, these fish quickly became an annoying pest itself. As concern grew that the fish would gradually take over and transform waterways, the United States began to construct a series of electric fish barriers to prevent the carp from entering the Great Lakes and disturbing the ecosystem there.

Because these fish is so well-represented throughout the world, many species are classified as least concern. However, the common carp and white carp are both considered to be vulnerable to extinction.

These fish are an important intermediate fish in its freshwater ecosystem by transferring nutrients from the lower to upper parts of the food chain.

What does the carp eat?

This is an omnivorous fish that digs around in the dirt at the bottom of the water for aquatic plants, insects, crustaceans, worms, and zooplankton.

What eats the carp?

Adults are usually preyed on by bigger fish such as pikes and bass, plus herons, cormorants, ospreys, otters, and mink. The vast majority don’t survive until adulthood. Some egg caches are a veritable feast for a cornucopia of different predators.

After awakening from its torpor, the fish will spawn in the spring or summer months. The exact timing depends on the water temperature and availability of food. Most species are broadcast spawners that release their eggs and sperm into the water to fertilize them. After attracting the interest of one or more mates, the female will lay her eggs on plants in the shallow water. A typical 8 or 9-pound fish can produce up to a million eggs at a time. Around 80% of them will end up hatching, but the vast majority of these are expected to be lost through predation and attrition.

The eggs hatch after three to eight days while still attached to vegetation or other objects. The young fry will consume the remaining egg yolk over the next few days and remain concealed in the vegetation to hide from predators and protect them from the current. After growing rapidly, the fry will soon graduate to consuming small plankton and water fleas. The fry must learn to swim and build up sufficient fat reserves before winter sets in. After departing the shallow waters, they join schools of fellow fish and continue to grow at pace. Carp have a long life expectancy of more than 40 years in captivity, but they don’t reach sexual maturity until the third year of their lives.

Carp in Fishing and Cooking

The carp remains a fairly popular fish for both commercial and recreational purposes, but it can be a little finicky to hook even with standard bait and sometimes require special fishing methods to catch. The crucian carp, for instance, tends to nudge the bait slowly instead of gulping the bait down at once. It’s a much easier practice to rear carp in artificial aquacultures for food. The silver carp and grass carp are specifically raised in this manner.

The carp features prominently in some Asian and European cuisine. Breaded or fried common carp is a traditional Christmas Eve dinner in Poland, Slovakia, and the Czech Republic, while the Chinese mud carp is sometimes eaten in Guangdong Province. In Western Europe, however, more desirable fish like salmon and trout have displaced it. This oily fish has acquired a bad reputation for tasting like mud, but it might be possible to eliminate the muddy taste by keeping the body temperature cool after catching it.

What is a carp?

The carp is defined as a soft-finned and oily freshwater fish of the family Cyprinidae that originated from parts of Europe and Asia. It is distinct from the other member of Cyprinidae, the minnow, by its size and shape.

Is the carp a good fish to eat?

The carp is not for everybody. Some people claim it tastes like mud, while others enjoy it. The carp do contain plenty of healthy fats for the health-conscious.

How big do carps get?

The largest specimens of carp measure grow to some 39 inches and 49 pounds in size.

Why is the carp a problem?

The carp is considered to be an invasive species in many of the places where it’s been introduced. Because of the way it feeds, the carp can cause erosion, reduce water quality, and displace native fish.

What do Carp Eat?

Carps are Omnivores, meaning they eat

What Kingdom do Carp belong to?

Carp belong to the Kingdom Animalia.

How do Carps have babies?