Discover the Only Two Animals the Pilgrims Brought on the Mayflower

Written by Eliana Riley
Published: November 16, 2022
© Everett Collection/Shutterstock.com
Share this post on:
More Great Content:
Dogs With The Highest Bite Force
This Prankster Coyote Wasn’t Ready for a…
The 10 Most Dangerous Dog Breeds in…
Belgian Shepherd vs German Shepherd: 5 Key…
The Top 8 Oldest Dogs Ever
American Bully Vs American Bulldog: Is There…
↓ Continue Reading To See This Amazing Video

While Pilgrims are often depicted wearing silly leather hats and belt-buckle shoes, their journey to and settlement in America includes a host of challenges and achievements that reach beyond the fashion styles of early colonialism. Although disease, intense winters, and other hardships made Pilgrim life difficult, Native American involvement and new farming techniques allowed Plymouth Colony to live up to its legacy of being one of the first successful colonies in the Americas. They couldn’t have done it alone, though, as two furry friends accompanied them on the journey. Find out which two animals came over on the Mayflower and what events led to the introduction of other animals to Plymouth Colony.

The Pilgrims were originally called Separatists, as they worshipped separately from the church while in England. This action was dangerous, though, and led to the persecution of the separatists by the Anglican Church. The persecution became unbearable, so the Pilgrims left England.

In the beginning, many Separatists journeyed to the Netherlands to find religious freedom. However, the jobs available to them there were not ideal for migrants. These jobs paid very low and subjected able people to menial work. In addition, the Separatists determined that the Netherlands’s culture would negatively impact their children. They desired to maintain their English ways outside of England and without the influence of another culture. Therefore, the Separatists decided that the New World was the only place in which they could balance religious freedom with English customs.

The term Pilgrim was not used to describe the Separatists until the 1800s. In fact, the term was coined by Plymouth citizens who created the Pilgrim Society. The objective of the Pilgrim Society was to coordinate a yearly celebration that would commemorate the establishment of Plymouth Colony nearly 200 years prior.

What is the Mayflower?

The Mayflower was the name of the ship that carried the first group of settlers to colonize America. The journey was approved by the Virginia Company, which established the colony of Jamestown a few decades beforehand. Originally, two ships headed for the New World: the Mayflower and the Speedwell. However, the Speedwell experienced a leak, and the Pilgrims were forced to travel on the Mayflower alone.

Due to the delay brought on by the Speedwell, the Pilgrims traveled during storm season, meaning the Mayflower encountered a host of horrible weather conditions along the route. Seasickness was prevalent among the passengers, and one passenger met his fate when he fell overboard due to the terrible sea and weather conditions.

The Only Two Animals Brought by the Pilgrims

While there was no room or resources on the Mayflower to accommodate livestock, two dogs traveled across the Atlantic alongside the Pilgrims. An English spaniel and an English mastiff came onboard to face the wonders and trials of the New World. However, some believe that other animals might have been on the Mayflower. Pigs, chickens, and goats were recorded to have been at Plymouth Colony, although it is unsure whether these animals were acquired before or after the journey across the Atlantic Ocean.

Other Animals That Came to America

Eventually, other animals were brought to America. For instance, two ships during 1623 and 1624 brought cattle to Plymouth Colony. Seven cows arrived in Plymouth and began to work and breed. In May of 1627, a recorded 16 cows and 22 goats lived in Plymouth, and sheep began to populate the area, too.

Settling of the New World

While the intention of the Pilgrims was to arrive in Virginia, they ended up in Massachusetts. The Virginia Company had only approved their settlement in Virginia, so their arrival in Massachusetts was illegitimate. Therefore, the Mayflower Compact was born. The document affirmed their presence in Massachusetts as a proper colony and became the basis for their laws and established regime. It was its own mini-Constitution, as it was the first document to attempt democracy and self-government in America.

Unfortunately, the Pilgrims came during winter, meaning that settling was extremely difficult amid harsh and abundant snowfall. Pilgrim homes were modeled after English cottages, and they were made of plaster, branches, and sticks. Most Pilgrim homes were one-room abodes where all household activities took place, including sleeping and cooking. Houses took months to build, though, meaning that the Pilgrims had to endure the intensity of a New England winter without proper shelter.

William Bradford became the leader of Plymouth, but he and the settlers were faced with challenges that only intensified as time went on. Scurvy was brought on by a lack of vitamin C, as fruits and vegetables were not widely available to the Pilgrims; they only had barrels of meat brought from England. Dysentery and starvation plagued the Pilgrims as well due to their insufficient diet. In addition, suicide became an out for some colonials, including William Bradford’s wife, Dorothy. By March, only 44 settlers were left in Plymouth. It was not until the Native Americans intervened that the Pilgrims began to improve their lifestyle.

One day, a Native American named Samoset walked into Plymouth Colony, welcoming the settlers and asking for beer. Samoset was sent by his chief, Massasoit, to befriend the English. At first, however, the two groups feared one another. Pilgrims had read John Smith’s books describing Native Americans at the settling of Jamestown just a few decades earlier. Smith’s writings struck fear into the Pilgrims concerning the Natives. On the other hand, Native American groups believed that the barrels of food brought to the Americas by the Pilgrims held diseases within them. They deemed the barrels to be a kind of Pandora’s Box; to open one would mean the spread of diseases like smallpox, which killed 90% of Massasoit’s people six years prior.

Despite their fears, the Pilgrims signed a peace pact with Massasoit, and Massasoit gave the Pilgrims a Native American named Squanto, who was to be a survival guide for the Pilgrims. Squanto had previously lived in London, England for five years and spoke English fluently. Therefore, Squanto taught the Pilgrims how to farm the land and hunt for food. For instance, he showed the pilgrims how to plant corn and use herring as fertilizer. These efforts by Squanto and the tribe of Massasoit both aided in the Pilgrims’ survival in the New World and began a friendship between the two groups.

After aid from Squanto, Samoset, and Massasoit, the Pilgrims experienced their first harvest in 1621. They observed this event with a three-day celebration, which became known as the first Thanksgiving. Over 90 Native Americans, led by Massasoit, attended the feast, bringing deer as their entrée. The staple of a Thanksgiving meal, wild turkey, made an appearance at the feast. In addition, vegetables like corn, beans, carrots, and lettuce acted as hearty sides. Even seafood is believed to have been served at the first Thanksgiving, as Plymouth Colony bordered the Atlantic Ocean. Most importantly, pumpkin pie–well, not exactly–showed up on Pilgrims’ and Native Americans’ plates. While pumpkin pie couldn’t be made at the time, Pilgrims constructed a custard within the shells of pumpkins, which sufficed as a dessert. Overall, the feast served as a symbol of triumph over the death, disease, and tribulations of the previous year. 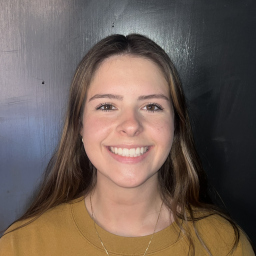 Pilgrims are a group of Protestant Separatists that traveled from England to the New World in 1620, hoping to establish a church independent from the Church of England.

What tribe was at the first Thanksgiving?

The Wampanoag tribe led by Massasoit was at the first Thanksgiving.

What animals lived in Plymouth?

Dogs, cattle, goats, sheep, chicken, and pigs were brought to Plymouth Colony in the early 1600s. 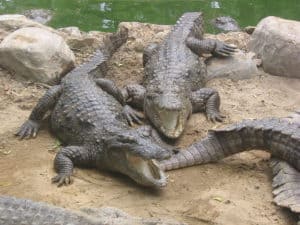