How Does A Caterpillar Turn Into a Butterfly?

iStock.com/Christophe Merceron
Share this post on:
More Great Content:
What Kills Bed Bugs Instantly?
How To Get Rid of Roaches Overnight
Carpenter Ants vs Black Ants: What’s the…
Where Do Bees Go In The Winter?
The 10 Largest Grasshoppers In The World
Types of Beetles: The Complete List

While school children often learn from an early age about how caterpillars will wrap themselves in a cocoon and then go through the process of metamorphosis, some of the details aren’t always clarified. This is in part thanks to the complicated biological processes at work and the fact that those processes can actually be somewhat gruesome.

Making matters more complicated is that it’s difficult to observe the chrysalis process without disturbing it — so we’re continuing to learn more details about the stages of metamorphosis as new research is released. Still, the metamorphosis from a caterpillar into a butterfly is one of the more fascinating transformations that we’ve found in nature.

Here’s everything you could want to know about how a caterpillar turns into a butterfly.

The Early Life Cycle of the Butterfly and Moth

While there are some distinct physiological differences between butterflies and moths, they look and act quite similarly to the average observer and live through a nearly identical life cycle that can be broken down into four different stages. Butterflies begin their lives as tiny eggs, and they’re voraciously hungry from the start. The plants on which these eggs are laid then become the first meal for the hatching caterpillar.

The hatched caterpillar constitutes the second stage of the life cycle, and they spend nearly this entire stage feeding. Similar to a bear building up body fat to readying itself for hibernation, caterpillars are feasting to prepare themselves for the chrysalis. The body they start with won’t be enough for the task either. The typical caterpillar will shed their skin via molting four or five times during this stage in the life cycle, and it’s a startling metamorphosis in its own right.

Over the course of two to six weeks, a monarch caterpillar can grow up to a hundred times their original size before entering the chrysalis. Many will even take on dramatically different appearances as they trade one exoskeleton for another.

The menu for moth and butterfly caterpillars is generally pretty consistent as well. Most caterpillar species are exclusive vegetarians. The majority of their menu will consist of leaves, and a monarch caterpillar can manage to comfortably eat 20 leaves in a day. The goal is to pack in as much protein as possible in preparation for chrysalis — and while most butterflies aren’t particularly picky about what they eat, some have adapted to more specialized diets. Monarch caterpillars rely exclusively on a family of plants known as milkweeds, while a few different caterpillar species are actually carnivores.

This includes the North American harvester butterfly and the Hawaiian Eupithecia orichloris which hunt insects ranging from aphids to cockroaches to flies.

But herbivorous caterpillars are a much larger threat to humans. Their voracious appetite makes them a seasonal threat to farmers and gardeners. Butterflies will eventually play a critical role in pollinating plants and keeping ecosystems healthy, but they need to build up a lot of energy to reach that point.

Out of the stages of a butterfly’s life cycle, most species will spend more time preparing for chrysalis than they spend actually in a state of a chrysalis. Most caterpillars will continue their feeding process for a period of anywhere from two to five weeks — although this can vary depending on the species, availability of food sources, and potential threats. This is the phase with the highest fatality rates, so caterpillars typically don’t take their time when trying to reach the appropriate size.

Their chemistry tells them when it’s time to initiate chrysalis. The hormone ecdysone triggers the various molting processes, and that — along with lagging numbers of a different chemical known as juvenile hormone — instinctively leads the caterpillar away from its food source and towards a more secluded environment where they can enter chrysalis with the highest level of survival.

Where the caterpillar hides can vary depending on the species and environment. Some hang from concealed tree limbs, hide underneath fallen leaves, or even burrow into the ground for safety. Species throughout the world have developed camouflage techniques that allow them to disguise themselves as anything from stray leaves to bird droppings, while others take on brighter colors that are designed to scare off predators with the threat of poison. This is important because the chrysalis itself doesn’t have much in the way of defensive mechanisms.

The transformation process starts when a butterfly sheds its last exoskeleton and reveals the shiny and solid body shell underneath known as a chrysalis. This chrysalis is essentially a hardened armor around the butterfly pupa that’s constructed from the protein they’ve ingested. It’s at this point that things become gross.

The Difference Between Moths and Butterflies

Butterflies and moths are very similar insects that can often be indistinguishable to the average person — and while they both go through the same general cycle of life stages, the transition from pupa to adult is a bit different. While the term is often used interchangeably by lay people, it’s important to clarify that moths retreat into cocoons while butterflies enter chrysalis.

Moths instead create the cocoon that they’ll encase themselves in. They have a specific pair of glands that allow them to create silk and weave it into a cocoon to protect them during metamorphosis. Some butterflies are also capable of producing silk, but they employ this skill to create hammocks or lines for suspending their chrysalis rather than constructing an entire cocoon.

Functionally, fully grown butterflies tend to be more colorful and leaner than the stockier and fuzzier moth. Despite that, there are over 100,000 moth species and over 10,000 butterfly species on the planet. The more we discover about them, the more the distinctions between butterflies and moths become less clear. Apart from the method of creating a shell, the metamorphosis process is largely indistinguishable between these two different types of insects.

The process of transforming from a caterpillar into a butterfly isn’t as simple as just growing a few pairs of wings and maybe transforming a few parts of its body. Instead, the hardened chrysalis essentially serves as a container holding everything together as the caterpillar digests its own body. Enzymes break down tissues which then dissolve into a liquid mass within the chrysalis. Among this liquid potential are small structures that remain through the digestion process known as imaginal discs.

Each imaginal disc is essentially a blueprint for a different part of the body. The eyes, thorax, wings, and more each have their own imaginal disc — and they employ the mass of liquefied proteins around them to begin constructing those body parts. This protein is essentially the fuel that allows for incredibly rapid cell division. While some aspects of the caterpillar’s physiology may remain, it is essentially recreating its entire body from scratch.

For the average butterfly, the process of bulking up for chrysalis is significantly longer than they actually spend in metamorphosis. Many species will spend less than a week undergoing metamorphosis, but most will emerge as a butterfly within about three weeks.

Some butterflies may wait as long as three years to leave chrysalis, but this has less to do with the rigors of the metamorphosis and more to do with the environment around them. Instead, they’re simply waiting for conditions to be right for them to feed and reproduce. This is particularly true for butterflies that live in desert climates where the threat of a drought might extend far longer than the life of a butterfly.

Life as a Butterfly

It only makes sense that butterflies would bide their time until conditions are just right because the adult lifespan of these insects can be quite short. Small blue and copper butterflies emerge from their chrysalis and are left with just a few days to feed and procreate. Across all species, the average lifespan of a butterfly is about a month.

Even the longest-lived species — the brimstone butterfly — lives up to 13 months. These lifespans can vary from generation to generation as well as from species to species, and the fact that they continue to have a highly specialized diet after reaching adulthood is arguably the most important factor.

Butterflies have senses of taste, smell, and touch and their taste receptors are actually located on their feet. More precisely, they use chemoreceptors on the tarsi to detect different chemicals when they land on flowers and plants.

The adult butterfly’s diet consists almost entirely of flower nectar. Natural selection has necessitated a life cycle that’s synced up with the local seasons so that abundant leaves are available during the caterpillar phase and flowering plants are available as an adult.

Butterflies with longer lives often live in tropical or subtropical environments where vegetation is consistent all year long, but many species live in more temperate climates and have adopted survival mechanics like hibernation and migration.

Nature tends to favor organisms that maximize energy usage for expenditure, but butterflies are proof that sometimes hard work is worth the effort. Because while the process of reaching adulthood may be dangerous, laborious, and biologically sophisticated, the important role that butterflies play as plant pollinators makes it worth it. 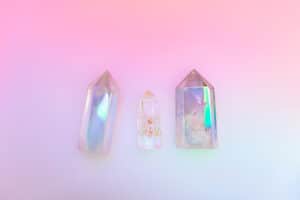 Are Roaches Nocturnal Or Diurnal? Their Sleep Behavior Explained 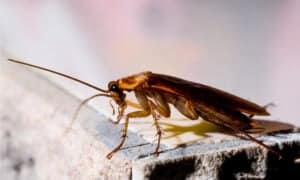