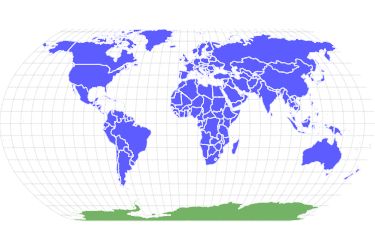 View all of our Caterpillar pictures in the gallery.

View all of the Caterpillar images!

It is estimated that there are over 20,000 species of caterpillars in this animal group, and there may be that many more left to be discovered.

The only job of the caterpillar is to eat, and it may increase its size by more than 1,000 times before metamorphosizing into a moth or butterfly. As the insect grows, most species will shed their skins four times. They have over 4,000 muscles in their bodies. Different species metamorphosize at unique rates ranging from 1-to-11 months.

There are about 180,000 species in this order that biologists have placed into 126 family and 46 superfamily classifications. Only about 10% of them may still be alive. Most butterflies are in the Papilionoidea superfamily, which can be divided into several classifications, including:

Appearance: How to Identify Caterpillars

In order to identify what type of caterpillar you are looking at, you need to pay attention to several different factors, including:

Habitat: Where to Find Caterpillars

These insects can be found almost anywhere that there are plants for it to eat. Some species have particular habitats while others live in many different areas. Butterflies often live under leaves, in shrubs and grasses.

Diet: What Do Caterpillars Eat?

Most butterflies eat plants. Most prefer the leaves but will eat the seeds and petals if they are hungry enough. Some caterpillars also eat insects and even other caterpillars.

A caterpillar is ready to become a butterfly the moment that it comes out of its cocoon. First, it eats a bunch of food until it reaches a predetermined size. That process can last from one-to-11 months. Then, its body releases the molting hormone ecdysone. Each time the hormone is released, the caterpillar’s body still contains juvenile hormones. Therefore, it remains a caterpillar. Each time the ecdysone hormone in the caterpillar’s body becomes stronger while juvenile hormones become less. Most caterpillars go through this process four times.

One more burst of ecdysone hormone occurs, and the adult butterfly emerges.

Prevention: How to Get Rid of Caterpillar

It is important to remember that not all of these insects are harmful, but they may harm plants in farm fields or your garden. If you notice them in an area where you want to get rid of them, then there are at least four methods that you may want to try.

First, you can hand pick them off your plants. This method is most effective if you have a small area and catch caterpillars in the area when there are only a few. Sometimes, spraying the area with water is an effective way to encourage caterpillars to move on.

Secondly, if the insect has built nests, you can use a stick or other object to knock down the nest and tear it apart. You need to destroy the nests so that the eggs inside them do not turn into more caterpillars. Since caterpillars usually return to the nest at night, this method works best when done in the evening or early morning.

Another option is to make a deterrent at home. Take a little molasses and mix it with water and dish soap. Spray it where you see these insects. They do not like the taste, and they will move on to another area.

Are Caterpillars herbivores, carnivores, or omnivores?

What Kingdom do Caterpillars belong to?

Caterpillars belong to the Kingdom Animalia.

What class do Caterpillars belong to?

Caterpillars belong to the class Insecta.

What phylum to Caterpillars belong to?

Caterpillars belong to the phylum Arthropoda.

What order do Caterpillars belong to?

Caterpillars belong to the order Lepidoptera.

What type of covering do Caterpillars have?

Caterpillars are covered in hair.

Where do Caterpillars live?

In what type of habitat do Caterpillars live?

What is the main prey for Caterpillars?

What are some predators of Caterpillars?

Predators of Caterpillars include birds, wasps, and mammals.

What is an interesting fact about Caterpillars?

Caterpillars are the larvae of a moth or butterfly!

How many species of Caterpillar are there?

Yes, caterpillars are insects. They are a juvenile form of a moth or a butterfly, and both are insects.

Is a Caterpillar an Insect or Worm?

A caterpillar is an insect. They all have six legs. They may also have additional appendages that look like legs but are not legs.

What's the purpose of a caterpillar?

Do all caterpillars turn into butterflies?

No, not all caterpillars turn into butterflies. Some turn into moths. An example is the woolly bear caterpillar that turns into an Isabella tiger moth. Woolly bears are one of the few caterpillars that can survive in the Arctic. The woolly bear has hundreds of hairs covering its body. When they feel threatened, they often roll up into a ball. Then, all you can see is their hair. Additionally, centipedes and millipedes can look like caterpillars. They are not classified as caterpillars or as insects because they do not have six jointed legs.

How do you identify a caterpillar?

With over 20,000 caterpillars in the world, it can be very challenging to identify them. You need to consider several different factors. Start by narrowing down the list based on where the caterpillar lives. Then, consider its color, such as green, orange, or black. Next, look for any special features, such as a hair-covered body or horns. Finally, once you have gathered as many facts as you can, use a book to decide what type of caterpillar you are seeing.

What are the main differences between a caterpillar and a centipede?

What do swallowtail caterpillars eat?