At least as far back as Ancient Egypt, cats have been revered animals. Over the centuries, humans have domesticated these wild creatures as pets and bred hybrids of many sizes, colors, patterns, and unique characteristics.

Currently, The International Cat Association (TICA) recognizes 73 different domestic species of exotic cats. Sources vary on just which exotic cats are the rarest of those breeds, so we’ve compiled a list of 10 of the most interesting breeds found among the top 30 most expensive and most rare, exotic cats:

Though not one of the more expensive of the cats on this list, LaPerm gets a place here because of its unusual origins. This breed, which costs about $400-$600, has only been known to exist since the early 1980s. It came about when a genetic mutation in ordinary Tabby cats caused a kitten to be born which had the curly hair from which this breed gets its name.

LaPerm cats are known for their curly fur coats. They have adorable, friendly personalities and a loud and low purr. This easygoing is well suited for life with families and children. They get along well with other animals and can even learn tricks and enjoy other types of interactive toys.

This domestic cat’s fur may range from wavy tufts to kinky curls. Their markings vary but are typically paler than standard Tabbies, often tending more toward Calico. Some look like a long-haired cat who got a bad perm. For these cats to have the curly hair that is their signature characteristic, both their parents must have a dominant instance of the gene. The first instance of this breed was on a farm in Oregon.

In Canada, in 1966, a cat gave birth to a hairless kitten, due to a genetic mutation. Thus the hairless exotic cats known as Sphynx came to be. Their coloration can be anything from pink to white to blue, or even have multiple colored patterns on their skin. They have a soft downy fuzz on parts of their body, including their faces. They are very unusual-looking cats, mainly because fur usually hides the wrinkles in a cat’s skin that help give it its fluidity and grace, and in a Sphynx, these wrinkles are quite obvious.

These cats retail for around $3,000. They are known to be a strong breed of cat without being prone to health issues or diseases like some other exotic cats. The main concern with caring for Sphynx as pets are that they need to be bathed to remove excess oil which can build up on their skin due to the lack of fur. They also do not tolerate being outside very well.

The Devon Rex originates from Devonshire, England. This is a medium-sized breed, also known as the Pixie Cat. It is called this because it has a distinctive elf-like appearance, which is due to its very large pointy ears, wide squat face, and oversized facial features. They are fairly rare, but what makes them so exotic is their unique physical traits. Their slanted eyes combined with their mouth and forehead markings make Devon Rex appear to be frowning at all times. They may come in almost any coat color including lilac, and their eyes may likewise be any color. These cats cost between $600-$2,000.

The Maine Coon is the second largest domestic cat breed. They have long, thick, straight fur, which should be brushed daily, but does not mat easily. They enjoy bathing, unlike most cats, and are often likened to being more like dogs than cats in personality and temperament.

Rather than meowing, these cats issue chirps and trills for vocalizations, which they do often. They are both good mousers and excellent therapy animals.

They are the second most popular cat breed besides the Persian. These cats have been around since at least Colonial times, and no one is quite certain of their breeding origins.

For many years, Persian cats have been synonymous with lavish lifestyles and pampered pets. One reason they may have gotten a pampered pet reputation is that their long, luxurious coat requires daily maintenance to keep it from tangling and matting. These pretty kitties can cost up to $5,500.

Evidence suggests that this domestic small cat breed may have been around since Biblical times, but it first came into fashion during the Victorian period. Originating in Iran, known at the time as Persia, these beautiful cats are known for flat wide faces, long silky white fur, and pale eyes. They are not a very talkative breed, but they tend to be quite affectionate.

The Sokoke is one of the rarest breeds of exotic cats. In the whole of the United Kingdom, there are only 30 of them registered. This medium-sized shorthair is a naturally occurring breed rather than a hybrid, endemic to Kenya, though in the wild they are nearing extinction. They have markings similar to a Tabby, which native Kenyans say resembles that of local tree bark. Some specimens have paler versions of these markings and those are known as Snow Sokoke. The UK’s Governing Council of the Cat Fancy (GCCF) says these are the rarest cat breed in the world. A kitten of this type usually costs about $1,000.

The American Wirehair is a rare breed that originates from New York. The genetic mutation that created their unusual fur has not occurred anywhere else in the world to date. They cost about $1,200 each, which is low considering how rare they seem to be. Very few have been registered on the Cat Fanciers’ Association since its introduction in 1967. Their fur has been likened to that of a Wirehaired Terrier.

These cats are technically shorthair and are thought to have originated as a genetic mutation from American Shorthair. Wirehairs are quite muscular and the males can weigh over 12 pounds. Their coloring varies widely. They can be white, silver, blue, red, brown, golden, or a mixture of this, with patterns ranging from a solid color to tortoiseshell or tabby markings.

Shorthair Savannah cats can cost a whopping $50,000 each for a female of the right classification. These cats are a cross between an African serval and a domestic cat. They have classified a two-digit code, depending on the percentage of African serval in their genetic makeup. So the highest percent is an F1 and the lowest is an F5.

Savannahs have similar coloring and markings to a tabby cat, though they are much larger, the largest domestic breed of cat. Their most distinctive feature has to be their large ears, which are higher on their heads than a typical domestic cat and much taller. The ears have two black bands across them. Savannah cats are very agile and are not recommended as a pet for anyone who can’t accommodate their need to jump, climb, be entertained, and exercise.

With a jaw-dropping price tag of $125,000, the shorthair Ashera has to come in at number one on this list of exotic cats. One reason for having such a high cost is the fact that only five are bred per year, making them exceedingly rare. They are a large cat breed which is a hybrid of wild African serval, domestic cats, and Asian leopard cats. Because of their partially wild origins, Asheras are a large cat breed coming in at around 30 pounds. They are brown and beige with striped legs and faces and leopard-like spots across the rest of their bodies. But here’s the kicker: with the assistance of DNA testing, it was discovered that the Ashera cat and Savannah cat are actually one and the same. In reality, Ashera cats are simply Savannah cats that have been purchased from a breeder and sold at a higher price tag.

List of Even More Types of Exotic Cat Breeds

Our research shows that ten different types of exotic cat breeds are as follows:

For more types of exotic cats, check out our “Types of Exotic Cats” page. 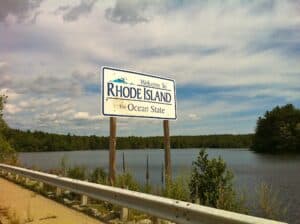