Lobster Poop: Everything You’ve Ever Wanted to Know

Lobsters are considered a delicacy in many countries! Millions of people delight in at least one well-prepared lobster every year, and it’s no wonder, as their meat is exceptional! But what do we really know about these aquatic creatures? What do we know about what’s inside their shell, what they eat, how they digest food, and, finally, their poop? Should we remove a lobster’s poop before cooking it? You’ll find all your answers below!

What is a lobster?

These aquatic animals are invertebrates with an exoskeleton. They have eight walking legs. Their front pincers are also considered legs, so biologically speaking, lobsters have ten legs – they are also called decapods (deca = ten), after all.

A lobster’s body consists of the following:

A lobster’s internal organs are:

What do lobsters eat?

Lobsters are omnivorous animals. Here’s what they eat:

Do lobsters poop out of their mouths?

No, lobsters don’t poop out of their mouths. They have an anus at the end of their digestive tract where the excrements come out from.

As weird as it may sound, lobster poop has been the subject of a major study that revealed something unique about these aquatic animals.

Lobsters feed on jellyfish, as mentioned above. But how do they protect themselves from their venom? This study showed that lobsters aren’t immune to jellyfish venom but still eat it. Scientists weren’t sure how the lobsters survived eating them. So they fed them jellyfish and then collected the poop to analyze it under the microscope. What they found out was incredible!

The jellyfish venom was indeed released and active but was covered by a protective membrane resembling a sheath. This prevented the toxins from reaching the lobster’s organs. Isn’t it impressive?!

How do you get the poop out of a lobster?

If you’re a fan of lobster meat, then you must also be excited to cook it at home! But how should you clean the lobster and get the poop out? Some fish traders remove the tail before selling the lobsters, while some prefer to leave it intact. If you’ve bought one with a tail, here’s what you should do:

Tomalley is a green hepatopancreas, sometimes called a digestive gland or the midgut gland. It is not poop. It is an organ of the lobster’s digestive tract—the tomalley functions as liver and pancreas altogether.

Tomalley is a green substance in cooked lobster that some people find delicious.

Can you eat tomalley?

Yes, tomalley is edible. It is advisable to be consumed in moderate portions, however, as it may contain PCBs – polychlorinated biphenyls, which are carcinogenic chemical compounds. When consumed in high quantities, it can negatively affect the human body. Tomalley can also contain paralytic shellfish toxins that may cause paralytic shellfish poisoning.

For example, in 2008, the Food and Drug Administration (FDA) stated that the lobsters caught in New England waters registered high levels of toxins, so they advised people to avoid eating the lobster’s tomalley.

Lobster parts you should not eat

We’ve already discussed the “debatable” tomalley and the vein, but are there other lobster parts you should not eat?

First, it’s highly recommended not to eat raw lobsters, as they contain numerous bacteria that can cause severe illnesses. If your lobster is well-prepared, here are the parts you should think twice about before eating them:

Are Ticks Arachnids or Insects? How Ticks Differ From Spiders 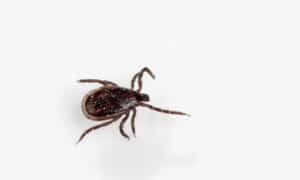