Mosasaurus vs Megalodon: Who Would Win In A Fight?

Mosasaurus vs Megalodon; in a fight between these giant aquatic predators, who would emerge victoriously? Hypothetical scenarios like these always require us to bend our imagination to allow such a fight to happen in the first place. Mosasaurus, or “lizard of the Meuse River,” is an extinct species of squamate reptile. It lived 82 to 66 million years ago and counted among the top predators of its day. Most people know the Mosasaurus from the 2015 film Jurassic World, where it chomped down on its fair share of prey, including the mutant Indominus rex. Meanwhile, Megalodon is an extinct species of mackerel shark that lived 23 to 3.6 million years ago. Like Mosasaurus, it held a position at the top of the food chain. In the past few years, Megalodon received widespread attention due to films like The Meg, which featured the giant shark in all its CGI glory.

However, even though Mosasaurus and Megalodon didn’t live at the same time doesn’t mean we can’t imagine what a fight would look like between the two. To begin, we’ll start by comparing Mosasaurus and Megalodon according to seven key metrics. We’ll determine which creature holds the advantage in each category. Based on these results, the one with the most advantages will be crowned the winner of the fight. Finally, we’ll end with some frequently asked questions about Mosasaurus and Megalodon. Without further ado, here is our judgment for who would win a fight between Mosasaurus vs Megalodon.

The 7 Key Factors in a Fight Between Mosasaurus and Megalodon

In a fight between Mosasaurus vs Megalodon, the primary factor to consider is their respective sizes. Both creatures rank among the largest aquatic predators of all time and greatest apex predators of their day. Although few complete fossils exist, scientists estimate that the two giants differed in terms of length and weight. Mosasaurus range in size depending on the species, with some measuring only a few meters long. However, some species, such as the massive Mosasaurus hoffmannii ranged from 36 to 56 feet long and weighed up to 40,000 pounds. That said, according to fossil records, Megalodon measured between 34 to 67 feet long. In addition, the heaviest females could weigh up to 65,000 pounds. Given this difference in length and weight, Megalodon claims the size advantage when comparing the largest specimens of each species. Advantage: Megalodon

When fighting a larger opponent, the smaller combatant must rely more on its speed and agility. This holds true in the case of Mosasaurus vs Megalodon, as Megalodon clearly retains the size advantage. Luckily for Mosasaurus, it possesses several evolutionary advantages that allow it to make quick movements. For example, its large pectoral girdles enabled it to make rapid directional changes. Scientists also estimate that they could use their flippers for a short burst of speed, maxing out at 30 miles per hour. That said, Megalodon moved at a fast cruising speed over 11 miles per hour. With a max speed of 30 miles per hour, it could match a Mosasaurus at top speed for short bursts. However, given that Mosasurus could likely retain its maximum speed for longer given its more petite frame, the advantage goes to Mosasaurus. Advantage: Mosasaurus

Mosasaurus vs Megalodon: Jaws and Teeth

Another factor to consider in the fight between Mosasaurus and Megalodon is their jaws and teeth. Mosasaurus evolved a rigid, highly shock-absorbent skull and taper jaw around 4 feet long. Although it could open its mouth around 3 feet wide, it would struggle to bite prey larger than it. Its mouth contained 40 to 50 teeth measuring between 25 to 30 millimeters long at any one time. On the other hand, Megalodon evolved a jaw perfect for taking on larger prey. The jaws of the largest specimens measure 6.5 feet wide and could open at least 75 degrees. Their mouths contain up to 250 teeth, with the largest measuring up to seven inches long. Given the size of its mouth, its greater number of teeth, and its larger tooth size, Megalodon gains the advantage when it comes to cutting and biting. Advantage: Megalodon

The battle of Mosasaurus vs Megalodon will likely come down to which creature can deliver the more potent bite. Unfortunately for Mosasaurus, few animals match Megalodon when it comes to sheer bite force. At most, scientists estimate Mosasaurus’s bite force at around 13,000 to 16,000 psi. This pales in comparison to Megalodon’s bite force of 24,000 to 41,000 psi. If accurate, Megalodon would’s bite would register as the strongest of any known animal. Given this discrepancy, it’s impossible not to award the advantage to Megalodon. Advantage: Megalodon

Sometimes it’s not the most powerful opponent who wins, but rather the most shrewd and cunning. According to records, both Mosasaurus and Megalodon possess keen intelligence. For example, evidence suggests that Mosasaurus used specialized techniques to hunt different prey. When hunting turtles or ammonites, they would adjust the force of their bite to ensure they did not crush and ingest too much of the inedible shell. In addition, they may also have used their snouts to ram and stun prey. Scientists also suspect that Mosasaurus used its snout to stun prey. In particular, it would swim up from below its target and ram into its prey’s body at high speed, dealing intense internal damage and stunning it before moving in for the kill. While both creatures appear to display above-average intelligence, the Mosasaurus gains a slight advantage. Advantage: Mosasaurus

In the battle of Mosasaurus vs Megalodon, both predators will rely on their senses to track and detect their opponent’s movements. They each carry a host of highly evolved senses that will help them in battle. Mosasaurus is equipped with excellent hearing and eyesight. In addition, it also evolved well-developed chemoreceptors that allow it to detect organic compounds in the air and water around it. Like most sharks, Megalodon sports an impressive array of sensory abilities. Along with excellent eyesight and hearing, it also possesses an incredible sense of smell. Furthermore, it comes armed with electroreceptors that allow it to detect electrical fields, which it uses for navigation and determining its relative position to the Earth. Given its power of smell and electroreception, the Megaladon claims a marginal advantage in terms of the senses. Advantage: Megalodon

The fight between Mosasaurus vs Megalodon features two top predators that rarely back down from a fight. That said, they each approach conflict differently. Mosasaurus would spend most of its time near the surface hunting smaller prey. As an ambush hunter, it usually relied on taking opponents by surprise. However, fossil records suggest that it frequently engaged in battles with members of its own species. These brutal contests would likely give an experienced Mosasaurus plenty of fighting experience to call on in its fight with Megalodon. Meanwhile, evidence points to Megalodon preferring a more straightforward approach. It would chase down or ram prey with its snout, crushing them with its immense size. Since Mosasaurus likely earned more dueling experience and adapted to utilize different fighting techniques, it gains a slight advantage when it comes to predatory behavior. Advantage: Mosasaurus

Who Would Win in a Fight Between Mosasaurus vs Megalodon?

Based on our results, the fight between Mosasauruvs vs Megalodon would likely come down to the wire. Each animal evolved excellent hunting instincts and killing tools to help it in this fight. That said, both of them could gain a clear tactical advantage in certain circumstances. For example, if a Mosasaurus could sneak up on a Megalodon, it could surprise it with its ambush tactics. On the other hand, a fight in open or deep water would benefit the Megalodon, as it could wear down and drown the lighter Mosasaurus. However, in a neutral combat field, the Megalodon gains a slight advantage. Its combination of size, powerful bite, teeth, and super senses would help it prevail.

Why did Megalodon go extinct?

Around the time Megalodon went extinct, the Earth’s climate changed dramatically. Temperatures fell drastically, and this also caused sea levels to fall as well. This impacted Megalodon’s food sources which led to its eventual decline.

Why did Mosasaurus go extinct?

Mosasaurus likely went extinct due to the Cretaceous-Paleogene (K-Pg) extinction event that killed three-quarters of all plant and animal species on Earth. Scientists estimate a giant asteroid collided with our planet and drastically changed the Earth’s atmosphere and environment. This put pressure on most food sources and subsequently led to Mosasaurus’s demise. 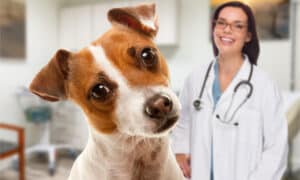