Otter Poop: Everything You’ve Ever Wanted to Know

It’s quite easy to understand the behavior and habitat of several animals, otters inclusive. However, one thing that is mysterious to many nature lovers is knowing how to differentiate the digestive waste of one animal from the other. Otters have a unique process of passing out their waste. But have you ever seen their poop before? No? You’re not alone. Most people haven’t either.

Knowing about the digestive wastes of otters can help you identify their poop as well as understand to an extent their feeding habits. If you’re curious to know about otter poop, read on to find out everything you’ve ever wanted to know.

Where Does The Otter Poop?

An otter’s poop is called a spraint. The physical features of the spraint mostly vary across the different otter species. However, a healthy poop often comes out in a rough-looking, tubular shape. It has irregularly shaped cords with tapered ends on both sides.

Otter poop doesn’t come off as one color; it is often a combination of black, gray, and yellow when fresh. But as it dries off, the poop gradually becomes pale and crumbly.

And if you’re ever chanced to take a close look at the poop, you will notice its coarse texture. That’s because the waste often contains undigested food particles like fish bones, crayfish parts, and fish scales. However, the size of the poop depends on the size of the food eaten by the otter.

Yes, otter poop smells. Poop is generally known to have a pungent and offensive smell, and that passed out by otters is no exception to this. People have varying views of the smell but otter poop certainly has a distinct smell that helps in identifying it. There is a jelly-like substance that covers the waste, giving it the smell it has. This substance is secreted by the scent glands located at the base of the otter’s tail.

Interestingly, apart from the scent it gives their poop, the secretion is used for a variety of social interactions. Some people describe the smell as similar to freshly mown hay while others compare it to the scent of a putrefied fish. Despite all these comparisons, otter poop generally has a fishy odor, and this is because they consume fish as a large part of their diet.

Generally, the physical features of otter poop reveal a lot of information about their feeding habits. A close look at it can tell you already what they eat. Otters are carnivores. Hence it means that they feed primarily on animal-based matter.

Besides, otters are known to spend more time in the water, so it is no surprise that they feed mainly on aquatic animals or that their wastes contain traces of fish bone, crayfish parts, e.t.c. Their food ranges from fish to crustaceans. However, they would occasionally feed on a diet outside these options, such as birds, muskrats, and young beavers.

Otters also spend a lot of time eating or hunting. As animals with a high metabolism rate, they burn a lot of energy. This makes them eat up a lot of food and spend less time resting to replace the energy that is used. As a matter of fact, an otter would eat between 15%-20% of its body weight daily.

Yes, otter poop can be harmful to humans. Although the poop does not contain chemical toxins, it can host a lot of microbes that are harmful to humans. Hence, if you come into contact with it, you should wash your hands thoroughly to prevent contracting those bacteria. Some of the bacteria found in the digestive wastes of otters are often gotten from the food they eat.

For instance, zoonotic parasites like Toxoplasma gondii are found in their waste. Infected animals can spread this zoonotic parasite through their feces, and this bacteria can be hazardous to humans, especially to those who have an underlying illness.

Another parasite that can spread through otter poop is Coccidiosis immitis. When an infection of this fungus is left untreated, it can be fatal. To conclude, many other zoonotic parasites can be found in otter poop, so it’s better not to touch one with your bare hands. And if you do, wash your hands properly with soap after.

What Uses Does Otter Poop Have?

Otter poop is pretty useful to themselves and others. These whiskered mammals use their waste as a means of social interaction, which includes marking out their territories. They do this by dropping their scat in prominent locations around their territory.

Additionally, their poop can be used as manure for farmland as it contains nutrients that help to boost plant growth.

Alligator Poop: Everything You’ve Ever Wanted To Know 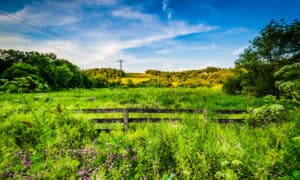