So, which animals are the most dangerous? And what animal kills the most humans every year?

You might instinctively assume carnivorous predators like lions, tigers, and bears top the list of most dangerous animals on Earth when it comes to killing humans, but you may be surprised to learn who the most dangerous species to humans really are. Let’s take a dive into this topic and answer that profound question: what animal kills the most humans?

We may be the smartest species on the planet, but we’re also the most destructive, and humans are responsible for killing the most people every year. In addition to an annual worldwide murder and suicide count of 530,000, millions of unintentional fatalities caused by vehicular accidents and medical malpractice set homo sapiens atop the most dangerous animal list.

What animal kills the most humans besides humans? Representing 17 percent of the “global burden of infectious diseases,” mosquito bites kill between 750,000 and 1,000,000 people a year. A global resident with a talent for environmental acclimation, mosquitoes thrive everywhere on Earth — except Antarctica and, due to a vigilant pest control system, Disney theme parks. However, the mosquito’s ability to adjust is partly what makes them so dangerous to humans.

Additionally, mosquitos are attracted to compounds in people’s breath and sweat including carbon dioxide, lactic acid, and octenol. Suprisingly, out of all 3,500+ mosquito species, only a small portion go after humans.

Depending on the region, mosquitoes can carry several fatal diseases, including:

Of course, scientists and engineers are always searching for ways to curb mosquito-related deaths. Magnetic barriers are among the newest ideas in development, and carbon dioxide traps are also widely used.

Learn more about mosquitoes, which is Spanish for “little flies,” here.

When it comes to what animal kills the most humans, venomous snakebites are deadly weapons that kill up to 100,000 or more humans every year. The scourge of snake death is so bad in some parts of the world that former United Nations Secretary-General Kofi Annan once called it “the biggest public health crisis you never heard of.”

Currently, about 3,500 snake species slither around the Earth. Of them, approximately 600 are venomous. In terms of potency, the Inland Taipan is the most venomous snake species on the planet, but they don’t necessarily kill the most humans.

Notably, in South Asia and India, cobras, common kraits, Russell’s vipers, and saw-scaled vipers — collectively known as the “Big Four” — are responsible for the most human deaths. Rattlesnakes and Bothrop pit vipers do the most damage in Central and South America. Meanwhile, carpet vipers and elapids in the Middle East, and black mambas, puff adders, and carpet vipers in Africa.

On the other hand, North America and Europe are far less plagued by snake deaths, with only a combined 10 fatalities a year.

Learn more about snakes, who are known to swallow prey much larger than themselves, here.

Dogs may be “man’s best friend,” but they also kill a lot of humans. Annually, about 25,000 to 35,000 people succumb to rabies contracted through dog bites. Though the virus can be deterred and treated through vaccines and antibiotics, access to such medicines in remote areas is minimal.

Learn more about dogs, which Ancient Romans outfitted in armor and sent into battle, here.

Also called the tik-tik fly, tsetse flies live in tropical Africa, and their bites cause about 10,000 deaths a year. Tik-tiks most commonly transmit African trypanosomiasis, aka African sleeping sickness.

A particularly insidious disease, symptoms don’t appear for one to three weeks after infection. In the beginning stages, victims suffer fevers, headaches, joint pain, and itchiness. After a while, confusion, coordination loss, neurological decline, and sleeplessness set in.

Eventually, untreated people typically end up dying from complications associated with the condition.

Assassin Bugs are known as the kissing bugs because they like to bite at the eyes and lips of people while we sleep. The front legs of an Assassin Bug are for killing prey and provide a strong grip. Females are the best hunters out of both genders because the females need more protein in their diets.

Also, the severity of the disease varies from person to person. Some infected people have mild symptoms and recover within a week; others die from it. Namely, it can lead to congestive heart failure if left untreated.

Read more about other various deadly, and plenty of harmless, insects here.

What animal kills the most humans, but appears the most harmless? Snails may be a delicacy in some parts of the world, but some of the freshwater species take down about 10,000 people each year. That’s because the mollusks carry schistosomiasis, aka snail fever, a highly unpleasant disease that can be fatal.

Unfortunately, the condition mostly affects children in developing countries and adult farmers and fishers who regularly handle contaminated water. Therefore, the best way to eradicate snail fever is to increase access to clean drinking water worldwide, a goal that groups like Charity: Water and Water.org work for daily.

Learn more about freshwater snails, which have microscopic teeth, here

Notorious for their sting, eight-legged scorpions can be found on every continent except Antarctica. Ultimately, their venom claims about 3,250 humans a year. Although, of the 1,750 species of scorpions, only 25 have venom strong enough to kill humans. Most scorpion-related fatalities occur in rural areas situated hours away from medical facilities equipped with anti-venom.

Learn more about scorpions, who sleep during the day and hunt at night, here.

Even though tapeworms kill more people yearly than crocodiles according to official counts, we added the reptile because many attacks go unreported. Officially, they take 1,000 human lives a year, but researchers believe the number could be much higher.

Crocodiles are endemic to Africa, Asia, Australia, and the Americas. Specifically, they mainly live in freshwater rivers, lakes, and wetlands, and are highly protective of their offspring.

Nile and saltwater crocodiles most often prey on humans, but only gigantic ones can successfully kill. One advantage they have over people is their speedy reaction times.

Learn more about crocodiles, which are incredibly fast, here.

It’s a big beautiful world, but it can also be dangerous! Stay safe out there!

9 Most Dangerous Animals to People Summary

Read up some more on some of the world’s scariest and most dangerous animals. More intriguing (and unsettling) posts ahead. 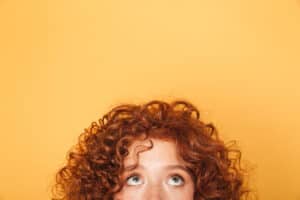 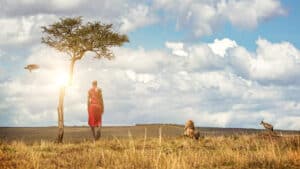 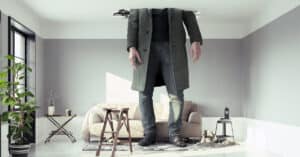 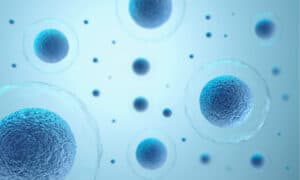 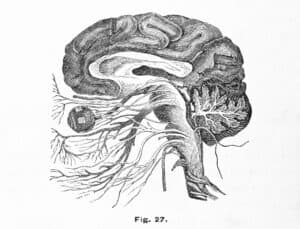