“Cuttlefish”, sounds like a cute little fish with big cartoon eyes, right? Not the case. The cuttlefish is actually more like an octopus than a fish. It is a cephalopod and has eight arms plus two long tentacles that can shoot out when trying to catch prey. One of the most unique features of the cuttlefish is that they possess an adaptation that allows them to change color, just like chameleons, and their pattern! What do these mysterious creatures eat?

How do Cuttlefish hunt and eat?

We know many birds that have beaks but sea creatures with a beak? The cuttlefish actually has a beak tucked under all those arms. They use this beak to tear open clams and shells to access the meat inside. Cuttlefish also use their two hidden tentacles to snatch prey as they swim by. They pull the prey in towards their body and use their beaks to provide a powerful bite. If the force of their bite doesn’t kill the prey the venom in the bite will. Another technique cuttlefish use to hunt is to use their color-changing/pattern-changing properties to camouflage themselves and then surprise passing prey.

What do Cuttlefish eat?

If it were up to the cuttlefish they would have an All You Can Eat Shrimp Buffet! Researchers have found that they prefer shrimp over other foods like crabs. According to a study done at the University of Cambridge, researchers tested twenty-nine cuttlefish. Throughout the day they made crab and shrimp available, putting the food the same distance from the cuttlefish. All of the cuttlefish chose to eat the shrimp first! Although they prefer shrimp they won’t shy away from crabs, small fish, and prawn. They will also eat smaller octopi, snails and muscles.

Cuttlefish are not large like octopi, the Common Cuttlefish is around 19 inches long. So they are preyed on by many sea animals including fish, sharks, dolphins and seals. Another predator is other cuttlefish. They have been known to eat juvenile cuttlefish and cuttlefish from different species.

Who competes with Cuttlefish for food?

Are Cuttlefish dangerous to humans?

It is very rare for humans to come into contact with a cuttlefish, so they are considered harmless to humans. They do produce venom similar to octopi, but it is unknown how much venom would be harmful to humans. 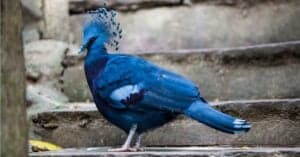