The Greenland Dog can live in temperatures as cold as -35 to -75 degrees Fahrenheit.

Click through all of our Greenland Dog images in the gallery. 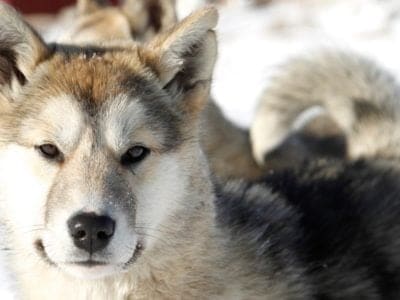 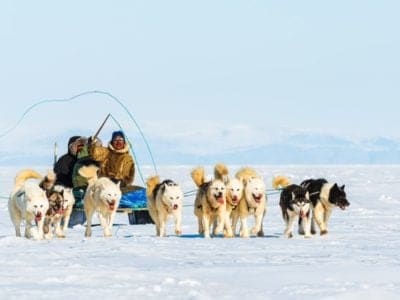 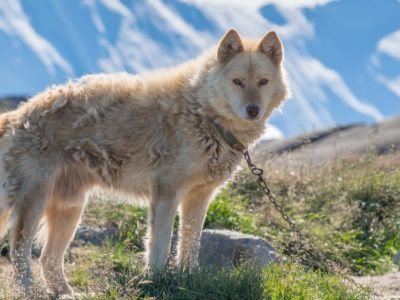 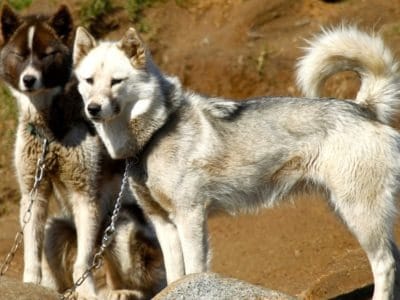 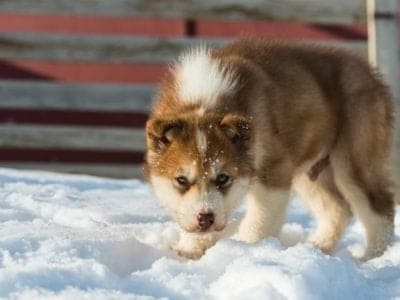 View all of the Greenland Dog images!

The Spitz-type dog and rare, genetically distinct husky has a strong, powerful body and thick fur. Although it is identical to the Canadian Eskimo Dog, it is lighter and taller, and only the breed in Greenland that has been successfully maintained with restrictions for safeguarding its purity. Both were brought from Siberia to North America by the Thule people 1,000 years ago, while the Greenland Dog arrived in Greenland with the Inuit people 4,000 to 5,000 years ago. Today, although several projects preserve the breed’s sledding culture, knowledge, and use and it remains a companion dog in many parts of the world, its population is decreasing due to climate change.

3 pros and cons of owning a Greenland Dog

The Greenland Dog is a medium to large size long hair dog with an average size of 23.5″ or between 22-25″ for both genders. Males weigh on average 70.5lbs fully grown and females 66lbs fully grown. Puppies weigh 9lbs on average at 8 weeks of age and are typically fully grown at 18, reaching full weight at 24 months.

This is an ancient breed and predominantly healthy. Most dogs live full lives without any serious issues. However, some have been known to experience specific issues such as glaucoma, lens luxation, gastric torsion (bloat) and joint dysplasia of the hips and elbows. Dysplasia occurs when the bone loosens from the joint socket, with signs of discomfort being pain and lameness in one or both rear legs. Gastric (torsion) bloat is a potentially fatal condition that causes bloating. Greenland dogs can also experience other musculoskeletal issues as well as working injuries if they are out in the field.

The most common issues these dogs face are:

The best way to greatly reduce the chances of such issues is to buy from a reputable breeder. Ensure your breeder is trustworthy by having done health checks on both parent dogs and avoiding breeding dogs with severe health issues.

These dogs are famous for their traits of independence, high energy, and stubbornness. Their boisterous behavior and demanding yet sociable personality make them a good choice for active singles and active families with houses and backyards, especially those with additional dogs. They are intelligent, trainable, one of the most energetic breeds.

Health and Entertainment for your Greenland Dog

Because of this, the breed needs socialization and training from an early age in order to minimize destructive behavior and encourage positive traits. Their personality finds fulfillment with exercise junkies or highly active people who can give them plenty of space and exercise.

How To Take Care of Greenland Dog

Experienced and active pet owners looking for how to care for Greenland dogs, specifically puppies, must consider unique factors related to their care. Whether it’s known or working issues like glaucoma or hip dysplasia, or care related to their energy and lifestyle needs, these dogs have breed-specific factors that are important to think about.

Greenland dogs, especially puppies, have unique health considerations due to their specific breed and large size. Therefore, new owners should consider the following factors when choosing food for their pets.

Greenland dog puppy food: Due to their size and genetic makeup, Greenland dogs need a well-balanced, healthy diet of 6-8% of the puppy’s weight in 3-4 meals for up to 6 months. You can choose from raw, homemade, or dry kibble options. When considering wet or dry food for puppies, consider a brand that satisfies all of their nutritional needs and includes at least 25% protein along with glucids, essential fatty acids, calcium, and other vitamins and minerals. Dog food that focuses on meat first and includes vegetables and starches is a good choice. One-third meat (or fish), one-third vegetables, and one-third rice are best. If their diet is lacking in vitamins, calcium, and other minerals, consider adding powder or tablet food supplements to meals.

Greenland dog adult dog food: When the puppy reaches 90% of its final weight, it’s ready to change to an adult diet of 2 meals a day for up to a year. Smaller, more frequent meals instead of one big meal can reduce the risk of gastric torsion (bloat), a potentially fatal condition in large breeds. Similar to puppy dog food considerations, pet owners should consider feeding their Greenland dogs food that contains one-third each of meat (or fish), vegetables, and starches.

Although the Greenland Dog has long, thick fur, it is not prone to shedding. It is also resistant to dirt. Like other dogs, Greenland dogs need flea and tick treatment, but as far as grooming goes, it only requires brushing 2-3 times a week and a bath every 3-4 months.

The Greenland Dog is a Spitz-type breed used for working, specifically for hunting, pulling, and sledding, as well as racing. It has been used to hunt seals, whales, and polar bears. Whether they are alone with an owner or in a pack, they need a strong alpha leader who is consistent, patient, and not overly demanding. It is intelligent and easily trainable but stubborn, so you will need to stick to the rules and put a lot of time and energy into training. 3 to 4 months of age is an appropriate starting point.

Greenland dogs have some of the highest energy levels of any breed. In fact, they need over 2 hours of activity a day. However, it is not enough to just walk for 2 hours. They need a variety of tasks to do. Puzzles are a great option along with toys, a house, and a backyard to play and run around in. Owners with multiple dogs, other pets, or an active household can also provide more company and entertainment.

Greenland dog puppies need socialization and training starting at 3-4 months of age. They need meals 3-4 times a day up to 6 months or when they reach 90% of their final weight, at which point they can have an adult dog diet of 2 meals a day.

Greenland dogs tend to do well with children, provided they have been socialized and trained from an early age. They have a low tendency of biting and mouthing and need the same training against such behavior as any other breed, and like other breeds will bite and mouth the most during puppyhood.

Greenland dogs are only genetically identical to Canadian Eskimo dogs and are considered the same breed, with the only difference being their country of habitat. Their closest genetic relatives are the Arctic dog breeds. Inuit dogs share a common female ancestor by way of maternal mitochondrial DNA sequence haplotype A31. Similar-looking but genetically distinct breeds are Siberian Husky, Alaskan Husky, and Malamute. The latter is related to Chukotka sled dogs from Siberia and are different from the Canadian Eskimo Dog and the Greenland Dog. That’s because the Malamute and the Siberian Husky maintained their genetic lineage from Siberia and both contributed greatly to the Alaskan Husky.

Greenland dogs are a rare and genetically distinct husky dog. They are also a spitz-type breed, meaning they have pointed, triangular ears, strong jaw, long muzzle, feathered, long tails that curl over their backs, and thick, often-white fur. Spitz-type dogs look similar to wolves since they descended from wild dogs being bred with wolves. Dogs similar to the Greenland Dog are the Siberian Husky, the Alaskan Husky, and the Alaskan Malamute.

Greenland dogs are a decreasing icon of Greenland due to climate change and the inability of owners to care for them due to unemployment.

However, there is a famous Greenland Dog in history. Polaris was the lead dog on explorer Admiral Peary’s 1909 expedition to reach the North Pole. It was the sled dogs that accompanied Admiral Peary that helped him reach the North Pole, as he noted. Polaris went with him to the United States and sired puppies. It is said that the Chinook breed started by crossing a Greenland Dog named Ningo who was the granddaughter of Polaris with a Saint Bernard.

Some popular names for Greenland dogs, for males, include

For females, popular names include

View all 64 animals that start with G

Greenland dogs are omnivores and their diets are mainly carnivorous, with some vegetables and starches.

What Kingdom do Greenland Dogs belong to?

What class do Greenland Dogs belong to?

What phylum to Greenland Dogs belong to?

What family do Greenland Dogs belong to?

What order do Greenland Dogs belong to?

What type of covering do Greenland Dogs have?

Greenland Dogs are covered in hair.

What genus do Greenland Dogs belong to?

What is an interesting fact about Greenland Dogs?

The Greenland Dog is a strong and speedy breed of dog!

What is the scientific name for the Greenland Dog?

The scientific name for the Greenland Dog is Canis lupus.

What is the life expectancy of a Greenland dog?

How much is a Greenland dog?

A Greenland dog puppy costs anywhere from $500-800, and a lot more for those with show dog potential.

Are Greenland dogs the same as huskies? 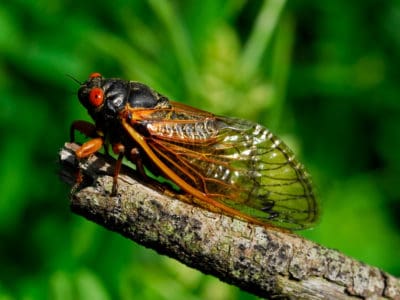