The central ranges taipan may be among the deadliest snakes in the world. 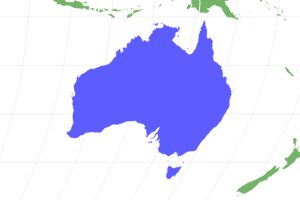 View all of our Central Ranges Taipan pictures in the gallery.

View all of the Central Ranges Taipan images!

The central ranges taipan may be among the deadliest snakes in the world.

The central ranges taipan, also known as the western desert taipan, is a species of highly venomous, deadly, and fast-moving taipan snakes. This species appears to be elusive and hard to find. It was first discovered in 2006 by a team of Australian researchers, and since then only a few specimens have ever been studied. Even now very few facts are known about its behavior and physiology, but there is some basic information we can infer about this snake from its better-known relatives like the inland taipan and coastal taipan.

Where to Find Central Ranges Taipans

The central ranges or western desert taipan can be found in the hot, arid habitats of the central ranges region in western central Australia, where the three provinces of the Northern Territory, Western Australia, and South Australia intersect. This desert habitat is covered in a lot of shrubs and grasses. It tends to be very remote from any major human population centers. Most of this land falls within the bounds of the indigenous protected areas.

The scientific name of the central ranges taipan is Oxyuranus temporalis. Oxyuranus roughly means translates to mean “sharp arch” in Greek. This is a reference to the arch-like shape of the snake’s palate in the roof of the mouth. Temporalis is a Latin word that refers to the temple of the head. This species is closely related to the inland taipan and the coastal taipan within the same genus.

The central ranges taipan is considered to be a species of least concern by the IUCN Red List. Population numbers are completely unknown, because only a few specimens have ever been discovered, but it does not appear to face any major threats in the wild.

How to Identify the Central Ranges Taipan: Appearance and Description

Although little is known about this species, the central ranges or western desert taipan is thought to have a brown lightweight body with a pale head that resembles the coastal taipan. It may be accompanied by some vague dark markings as well. The typical length is probably somewhere in the range of 3 to 8 feet long, but some taipans have been known to exceed this. The teeth are long, the head is rectangular, and the eyes are round and large. Baby taipans look like smaller versions of their adult counterparts.

Here is how to identify the central ranges taipan:

Central Ranges Taipan: How Dangerous Are They?

The venom of the central ranges or western desert taipan has never been accurately measured, but based on what we know of its two closest relatives, it is likely to be very dangerous and toxic. Both the inland taipan and the coastal taipan have some of the most potent and fast-spreading venoms in the entire world. The teeth are also known to be exceptionally large in relation to body size, which enables it to inject a lot of its venom all at once. The venom most likely attacks the nervous system and may even prevent the blood from properly clotting. Symptoms probably include nausea, bleeding, paralysis, and destruction of muscle tissue. However, since no records exist of a bite, it’s hard to say what exactly the effects are. It’s likely that the taipan anti-venom would counteract the worst effects of the toxin. Since the venom is so fast-acting, medical attention must be sought immediately.

There have been very few documented cases of people encountering this species in the wild. It should be noted once again that if this snake is anything like its closest relatives, then it will seek to avoid conflict and most likely attempt to flee from a person. Only when cornered may it attempt to give an obvious warning sign before it lashes out and bites. Although encounters in the wild are exceedingly rare, these snakes should be avoided at all costs.

Yes, they are thought to have some of the most dangerous venoms in the world.

How do central ranges taipans hunt?

The central ranges taipan is most likely an active hunter that uses its well-developed sight and sense of smell to locate prey. The muscular lightweight body enables it to strike quickly so it can latch on with its long teeth and fierce bite. The lethal, fast-acting venom subdues the prey within moments.

The central ranges taipan is thought to be a little timid around people, but if threatened or cornered in some way, they can become highly aggressive and dangerous.

Where do central ranges taipans live?

They live in and around the central ranges desert habitats of the Australian interior.

What do central ranges taipans eat?

The diet of the taipan largely consists of rodents, although they may occasionally feast on other types of small vertebrates as well.

Can a central ranges taipan kill you?

Yes, although there are no recorded fatalities, the venom is almost certainly lethal enough to kill a person. This is based on what we know from the direct study of other types of taipans.