These fish make a popular choice for aquarium hobbyists due to their hardy nature. 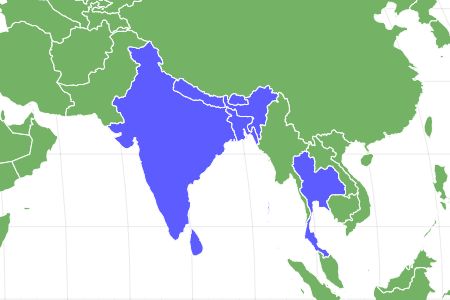 View all of our Danios pictures in the gallery.

View all of the Danios images!

“Danios make a popular choice for aquarium hobbyists due to their hardy nature.“

Danios come in many types and colors, but the common attribute across the species is their size, hardiness, and active swimming style. They tolerate a wide range of water conditions and are good eaters.

One thing to keep in mind is that all the different types of danios are schooling fish. Keeping just one or two danios will cause unnecessary stress and will have a negative effect on their health.

Danios fish are in the family Cyprinidae. Their scientific name is danio rerio. The word danio is derived from the Bangla word dhani, which means “of the rice field”. They are also known as zebra fish, due to the stripes that run along the side of most species of danios.

There are 27 species of danio fish. All members of the danio species have two pairs of long barbels, which are whisker-like sensory organs near the mouth. Most danio species also have horizontal stripes.

Devario aequipinnatus – commonly known as the giant danio. Easy to care for and full of energy, the giant danio is a fun addition to a larger tank. The giant danio, like other danios, is a schooling fish. Since they mature to 4 inches, plan on at least a 30 gallon tank for this larger species.

Danio rerio var frankei – also known as the leopard danio. Originating in India, the leopard danio gets its common name from the spots that cover its body. Most danios, regardless of the colors, have thin, horizontal lines on their sides. The leopard danio, on the other hand, is covered in spots.

Danio kerri – also known as the blue danio. The blue danio is an attractive fish that makes a good choice for beginners to the fishkeeping hobby. Its bright blue body has a few golden-pink lines running along its side. Like other danios, they are an active schooling species, so they need room to move around.

Danios are small and come in a variety of colors. Most species of danios have thin, horizontal stripes along their sides. They generally mature to around 2 inches in length.

Danios live in freshwater. Most species prefer calm or even stagnant water, some species are happier in fast-flowing waterways. They can be found in the wild in floodplains, rice paddies, canals, and ditches as well as streams and ponds.

Danios are omnivores, so they do catch their own prey as part of their diet. They are also small enough to be an attractive meal for other animals. Their speed while swimming and schooling behavior helps protect them from some predators.

What do danios eat?

Because of their small size, the prey of danios fish is made up of small insects and larvae.

The danios, like many fish, reproduce by spawning. During this process, the male will select an area, typically with vegetation for better camouflage. The female releases eggs and the male releases sperm, so fertilization occurs outside the body.

Eggs hatch quickly, and the young are fully independent when they emerge from their eggs. A female can lay hundreds of eggs.

Where are danios fish found?

These fish are found in the wild in quiet ponds and fast-flowing streams. They are native to South and Southeast Asia.

How many danios can live together?

Danios are schooling fish, so they should live in groups of at least five. Kept in smaller groups or alone, they are more likely to experience significant stress. They may not eat well, are more prone to illness, and may become aggressive to other tankmates.

What fish can live with danios?

Danios are very active fish, so they do best with other tankmates that are active. Some examples of fish that get along well with danios are mollies, platies, and swordtails.

What size tank do danios need?

The minimum tank size required for danios is 10 gallons. This gives you room to have a small school of danios, but no other fish. If you want a larger school, or want a community tank, plan on getting a larger tank.

What is the lifespan of the danio?

The average lifespan of a danio is between 3 and 5 years.

How big do danios get?

Most mature to less than 2 inches.

What do danios eat?

Tropical fish flakes and granules and shrimp pellets for the majority of their diet. Supplement these foods with live or frozen treats. 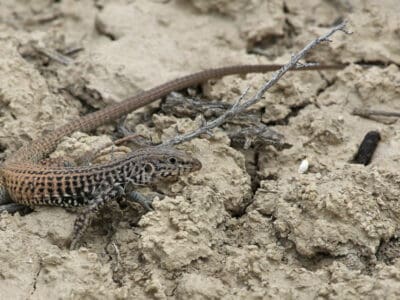