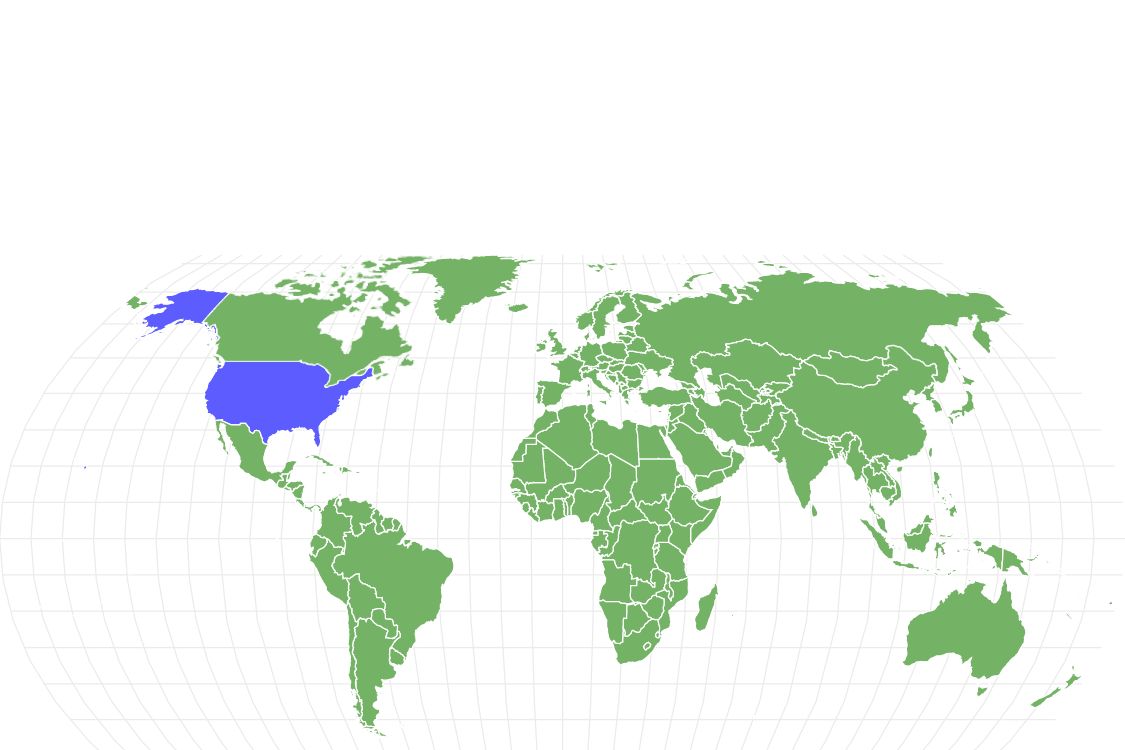 Double Doodle as a Pet:

View all of our Double Doodle pictures in the gallery.

View all of the Double Doodle images!

Curiously enough for a very modern breed of canine, the origins of the Double Doodle are uncertain. Regardless of how it came to be, the Double Doodle is an excellent example of dog genetics that match up several very popular and useful breeds to create an offshoot that seems to encompass virtually all of its parental virtues and very little of their drawbacks. A less common name for the breed is the North American Retriever.

The lineage of the dog revolves around a combination of Standard Poodle, Golden Retriever, and Labrador Retriever genetics. The Double Doodle name itself implies that it was originally a cross between two Poodle hybrids: the Golden Doodle, or Golden Retriever-Poodle, and the Labradoodle, or Labrador-Poodle.

This leads to several variants insofar as both appearance and genetics are concerned. As the offspring of two hybrids, it would have four parental genetic pools to draw from, two Poodle, one Labrador, and one Golden Retriever. Yet a Double Doodle can also come from one hybrid and a poodle, which leads to three parental groupings. This would be two Poodles and one of either the Labrador or Golden Retriever, depending on which variant is under discussion. In any event, all three scenarios are considered to be members of the Double Doodle family.

The Double Doodle generally ranges in weight from about 50 to 80 lbs when fully grown. It is considered to be a large sized dog but trending towards the smaller end of that large-sized spectrum. Specimens generally stand at about 24 inches or a little less when measured from ground to shoulder.

Smaller Double Doodles have been produced by including smaller Poodles rather than the large Standard Poodle which is the normal source of the Poodle part of their bloodline.

One of the advantages of what is now called a hybrid is that genetic diversity is broader in comparison to one of today’s more tightly controlled classic breeds. Whereas Golden Retrievers, for example, have been inbred to the point where they often suffer from a litany of widespread breed-specific genetic problems, the Double Doodle has yet to suffer from inbreeding. The multiple ways to create a Double Doodle makes is less susceptible to the perils of inbreeding than almost any other hybrid dog.

Health and Entertainment for your Double Doodle

Regardless, it still inherits problems common to its parental stock. Both Golden Retrievers and Standard Poodles have difficulties inherent in their fluffy ears. While ear mites are not a genetic trait, they are more common in dogs that have more hair in their ears. This can lead to a proclivity for ear infections.

Cataracts and hip problems are potential problems in the Double Doodle. Of course, these are diseases of age as much as ancestry, but older Double Doodles are more likely than the average canine to develop these issues.

Thanks to Poodle ancestry, they are prone to gaining weight unless without a balanced diet with minimal high fat additions like table scraps. This can worsen if the dog does not enjoy a regular regimen of vigorous exercise to help it burn off excess fat.

Due to the different breeding methods, there are some variations in behavioral traits, but there is a definite range of likely temperaments that can be found among the entire group of Double Doodles. Overall, since all potential parental stocks are intelligent and friendly dogs, their offspring are also going to show similar baselines.

One of the keys to getting the most out of the dog is to start it off properly. A firm, loving approach is essential to show it who is boss. With an appropriate place in the family hierarchy, Double Doodles become trustworthy, valuable, and playful contributors that are safe to be left around small children and even other pets such as the family cat. They are easy to train and mindful, although they also enjoy being playful and running around.

How To Take Care of a Double Doodle

The major consideration when it comes to taking care of a Double Doodle depends on which side of the family is the dominant one. For those who have the curly Poodle coat, brushing and clipping will be in order. Those dogs which possess dominant Golden Retriever characteristics will require more brushing to keep the long silken coat from tangling and matting yet there will be no need for Poodle-style trips to the dog groomers.

Since they come from hunting dogs, thus the alternate name of North American Retriever, Double Doodles need more exercise than some other less-active breeds. Long walks on a daily basis are very important to both the physical and mental well-being of these dogs.

Many active breeds can become bored and somewhat destructive if left in small spaces for lengthy periods of time. While Double Doodles can lie in an apartment, they will need vigorous walking to compensate for their limited home horizons. Even a suburban pet will probably need more than just frisking around in the yard for purposes of keeping healthy and fit.

As a result of their Poodle heritage, Double Doodles can develop gastrointestinal issues as they age if they are not kept to a fairly strict diet of proper dog food and no table scraps or treats. Nor should they eat just once daily since they are notorious scarfers who will rapidly eat every bit of what is put in front of them. Depending on their size, 2 to 2 ½ cups of food per day for puppies and 2.5 to 3 per day for adults is generally sufficient for their dietary needs. This should be split into morning and evening meals.

A low-fat diet is essential. This should include glucosamine in order to guard against the hip problems that plague both Labrador and Golden Retrievers later in life.

The protein-rich ingredients are natural sources of glucosamine, to sustain strong and stable joints. A special antioxidant blend strengthens immune health so Double Doodles can shake off occasional ear infections.

Try out Purina ONE SmartBlend, available on amazon. 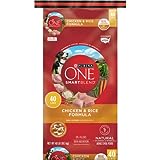 Double Doodles require a higher degree of daily and continuing maintenance due to their Golden Retriever and Poodle pedigree. They need regular brushing. This can be daily for the ones that inherit the Poodle coat and every other day for those with Golden Retriever traits.

For Poodle coats ones, regular trips to the groomer are in order. The good news, however, is that these Double Doodles are hypoallergenic and do not shed very much unlike their Retriever-dominant siblings.

Double Doodles are well known for their ease of trainability so long as the process begins early. Once they have accepted a human as their pack leader, they are eager to learn and don’t easily forget what they have been taught
previously.

Benign neglect is not good for Double Doodles. Their owners need to commit to giving their pets regular exercise. The smaller the living space available to them, the longer and more frequent will be their need for walks and even
runs. As water dogs, playing fetch is definitely a part of their repertoire but it is time and distance that counts even more than type of exercise.

There are no significant differences between adults and puppies so far as special physical care is concerned. However, it is important to give a decent amount of individual attention to all puppies so that they will recognize and bond with their human companions.

Since they have a large helping of the famously-friendly Golden Retriever in them, these dogs are just big happy children themselves. The breed is widely recognized as one of the best choices available for a family-friendly pet. That said, they are also highly intelligent and will not forget about mistretatment

Naturally, there are some obvious similarities with their three parental lineages: the Golden Retriever, Labrador Retriever, and Standard Poodle. There is a much closer resemblance to their hybrid cousins, the Labradoodle and the
Golden Doodle, for which they are often mistaken. In addition, the Standard Poodle can also appear very similar to the curly-hair portion of the Double Doodle breed.

• Standard Poodle: With their distinctive curly coats, the Poodle and part of the Double Doodle clan can easily be mistaken for one another. Both breeds are intelligent, playful, have similarly colors, and share lineage as hunting dogs. The Poodle has some of the same gastrointestinal concerns but is less likely to have the cataract and hip degeneration issues found in a Double Doodle. Poodles are also much superior as watchdogs due to their increased proclivity to bark at strange persons and events.

Choosing either of these two popular breeds would be a good selection but there are differences. The two types are very closely related and can often share many of the same colors, traits, and characteristics. Double Doodles come in more colors, which include black, brown, golden, white, tan, cream, and silver. The Golden Doodle can be found in
black, gray, white, brown, red, and yellow.

What is a Double Doodle?

A Double Doodle is a multiple hybrid-hybrid mixed breed containing elements of Golden Retriever, Labrador, and Standard Poodle in their makeup.

How big do Double Doodles get?

These are a medium-to-large dog that grows to about 80 lbs in weight and 24 inches in height.

How much do Double Doodles cost?

Well-bred puppies bring about $800-1000 to their breeders. The cost of keeping the dog is in line with other pets of their size.

Can Double Doodles be left alone?

Yes, but not forever. They like to play and socialize. If they are left alone for long periods, it is best to provide some extra attention upon returning to the home.

Is a Double Doodle good with kids?

How long do Double Doodles live?

12-15 years is considered to be the average lifespan of a Double Doodle.

Are there smaller, or mini, variants of Double Doodles?

Attempts have been made to produce a mini variant of the basic hybrid along the lines of a mini pinny but these efforts at breeding a smaller variant have not become widely available.

Would a rescue Double Doodle be a good choice?

These seldom show up in shelters due to their popularity, but a rescue Double Doodle would probably be a very safe choice in terms of temperament. This can sometimes be a hidden drawback for rescue pets.

What colors do Double Doodles come in?