Goblin Sharks are called a living fossil because their family, Mitsukurinidae, can be traced back 125 million years. 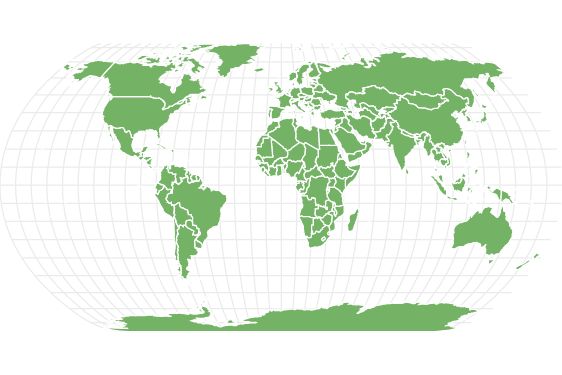 View all of our Goblin Shark pictures in the gallery.

View all of the Goblin Shark images!

The Goblin Shark, which is sometimes referred to as a living fossil, is a type of shark that is found in the deep sea.

This unique-looking shark is easily identified by its long snout, protruding jaws, and semitranslucent skin. Goblin Sharks have been found in all three of the major oceans. Because they live so deep under the water, there are still a lot of unknowns about this creature.

The scientific name for the Goblin Shark is Mitsukurina owstoni. Mitsukurina refers to the Goblin’s Shark’s family, Mitsukurinidae. The second part of their scientific name, owstoni, was chosen in honor of Alan Owston. Owston was a collect of Asian wildlife who lived in the late 1800s and early 1900s, around the time the they were first discovered. Goblin Sharks are also sometimes called living fossils because their lineage can be traced back 125 million years.

The Goblin Shark looks quite different from other species of sharks. They have a very distinct snout that is long, flat, and pointy. Their snout, called a rostrum, is equipped with organs that are designed to help these sharks find prey in the deep, dark ocean. A Goblin Shark’s jaws are connected to ligaments within their mouth. Because of this set up, they are able to extend their jaws forward to catch prey that would otherwise be just out of their reach. After they bite their prey, the shark will return their jaws to be flush with the rest of their head.

These sharks have a relatively slim body with two dorsal fins on their back and two pectoral fins on the sides. Both the dorsal and pectoral fins are rounded and small. The skin of this shark is semitranslucent, meaning you can almost see through it. Their semitranslucent skin makes a Goblin Shark appear to be pink or tan due to being able to see the blood vessels under their skin. Younger sharks may appear to be nearly white in color, while older members of the species will have a deeper color. The skin is covered with dermal denticles, a special type of scale, which give it a rough texture.

An adult is typically between 9.8 and 13.1 feet long. However, in 2000, a large female shark was captured and estimated to be between 18 and 20 feet long. These sharks normally weigh between 330 and 460 pounds.

These sharks tend to stay relatively deep in saltwater oceans. They prefer to swim near the upper continental slope between 890 and 3,150 feet below sea level. There are recorded instances of them being found at greater depths or closer to the surface, though. A Goblin Shark was once caught at a depth of 4,300 feet below sea level. There are also instances of these sharks being caught in fishing nets.

These sharks can be found in the Atlantic, Pacific, and Indian Oceans. They have been found near the northern Gulf of Mexico, French Guiana, and Southern Brazil, Portugal, Madeira, and Senegal in the Atlantic Ocean. In the Indo-Pacific Ocean and Oceania, they have been found near South Africa, Mozambique, Taiwan, Japan, New Zealand, and Australia.

In general, juvenile sharks don’t go as deep as their adult counterparts. Younger sharks can often be found along the submarine canyons near Japan, which are at depths between 330 and 1,150 feet. Adults will often venture farther beneath the surface of the water.

Since these sharks live in the deep sea, they are not as studied as many other animals. There is still a lot that scientists need to learn about the species. We do not know how many Goblin Sharks there are, but most scientists do not believe the species is in danger. These sharks generally do not swim in areas where humans hunt and don’t seem to face many dangers caused by humans. Goblin Sharks have been given a conservation status of Least Concern by the International Union for Conservation of Nature (IUCN). New Zealand’s Department of Conservation did recently classify these sharks as At Risk due to not having enough information about their population numbers and threats.

There is not a lot of information about which other animals may be predators to these sharks. However, scientists who have studied these animals and their habitats believe that some other sharks, such as Blue Sharks, may prey on them.

What do Goblin Sharks Eat?

These sharks eat a variety of different types of food. Dragonfishes, rattails, and other teleost fish are among some of the foods they prefer. They also eat crustaceans, such as decapods and isopods, and cephalopods. Based on the types of species that these Sharks are known to eat, including bottom- and midwater-dwelling species, it seems that they will look for food at different depths.

It is hypothesized that these sharks are ambush predators. Ambush predators rely on using strategy, rather than speed, to capture their prey. Their snouts, called rostrums, have specialized organs designed to help them find food in the low-light environment. These organs enable them to sense a fish’s electric field. When they sense an animal within their range, they use their special snout and jaws to capture it. Their jaws protrude forward very quickly to bite the prey before it suspects anything.

Internal fertilization is the method of mating used by these sharks. While no pregnant sharks have been found to be studied, scientists believe their reproductive habits are similar to other mackerel sharks. During their gestation period, Mackerel Sharks eat undeveloped eggs that are provided by the mother; they are not connected to their mother through a placenta.

At the end of the gestation period, females give birth to a small litter of live young. When first born, a Goblin Shark is likely about 32 inches long. Once born, the shark is ready to start hunting for prey. The age for female sexual maturation is not known, and it is believed that males reach sexual maturity around the age of 16 years.

Scientists only have estimates for the lifespan of a Goblin Shark. It is believed that they can live up to 60 years.

Goblin Shark in Fishing and Cooking

These sharks live deep below the surface of the water. People do not fish for them, but there have been a few instances of them getting accidentally caught in a fishing net. When caught, they are generally put back into the water or taken by a scientist to study. People do not cook or eat Goblin Sharks.

Since Goblin Sharks live so far below the surface of the water, scientists do not have a good estimate for their population size.

Where are Goblin Shark found?

Goblin Sharks can live in all three of the major oceans: the Atlantic Ocean, the Pacific Ocean, and the Indian Ocean. They live relatively deep below the surface of the water and can often be found near the upper continental slope between 890 and 3,150 feet below sea level. At times, Goblin Sharks may venture further beneath the surface of the water. One has been caught as deep as 4,300 feet below the surface. They also sometimes come to shallower water and have even been accidentally caught in fishing nets a few times.

Where do Goblin Sharks live?

Goblin Sharks have been found in the Atlantic Ocean near French Guiana, Brazil, France, Portugal, Senegal, and along the seamounts of the Mid-Atlantic Ridge. They also live in the Indo-Pacific and Oceania near Mozambique, South Africa, New Zealand, Australia, Japan, and Taiwan. Based on the areas where Goblin Sharks have found, it is pretty clear that they are widely distributed around the globe.

How deep do Goblin Sharks live?

Goblin Sharks have been caught as deep as 4,300 feet beneath the surface. Though, they are more frequently found at depths between 890 and 3,150 feet along the upper continental slope.

What eats a Goblin Shark?

There is not a lot of information about what animals are predators to the Goblin Shark. It is likely that Blue Sharks and other sharks will eat them.

How big is a Goblin Shark?

Goblin Sharks are Carnivores, meaning they eat other animals.

What Kingdom do Goblin Sharks belong to?

How fast is a Goblin Shark?

A Goblin Shark can travel at speeds of up to 15 miles per hour.