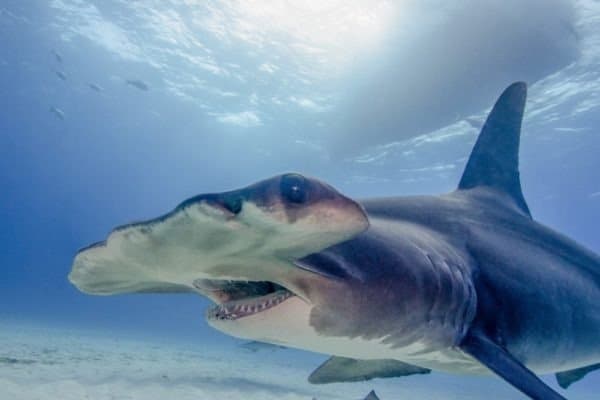 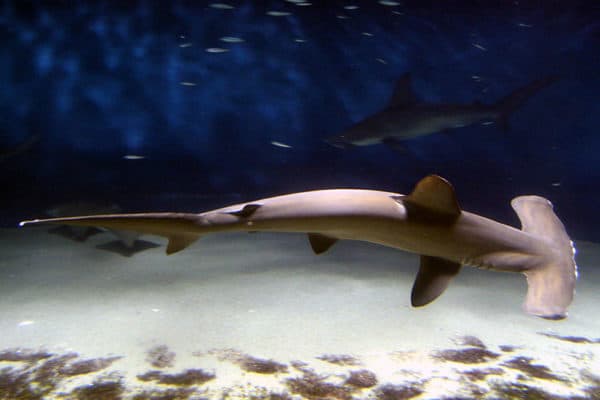 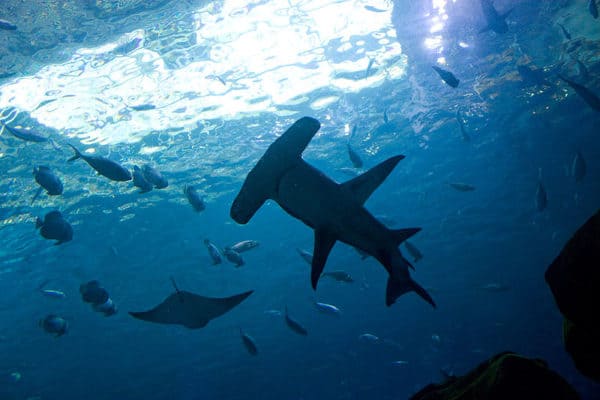 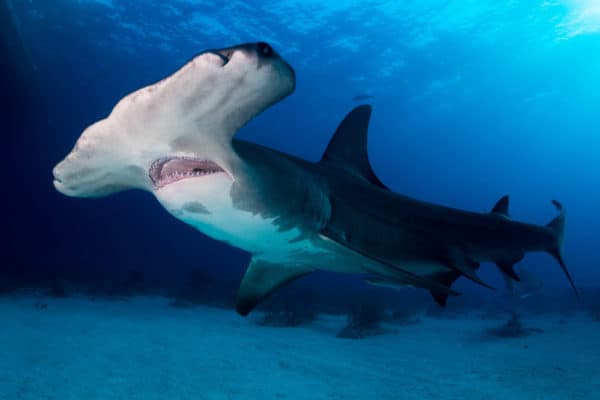 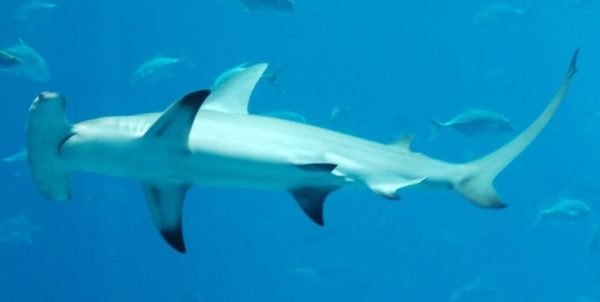 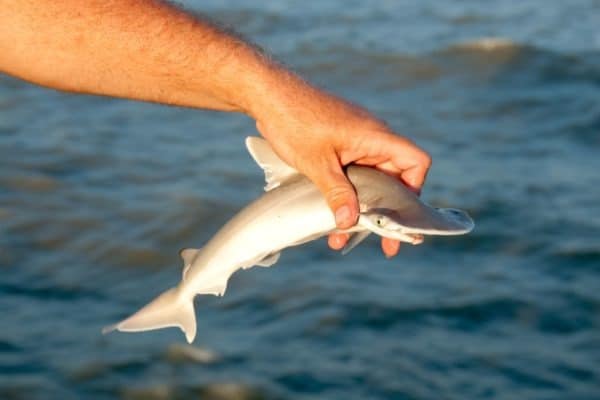 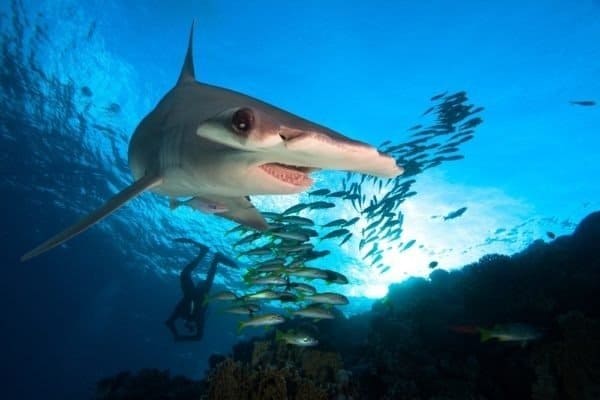 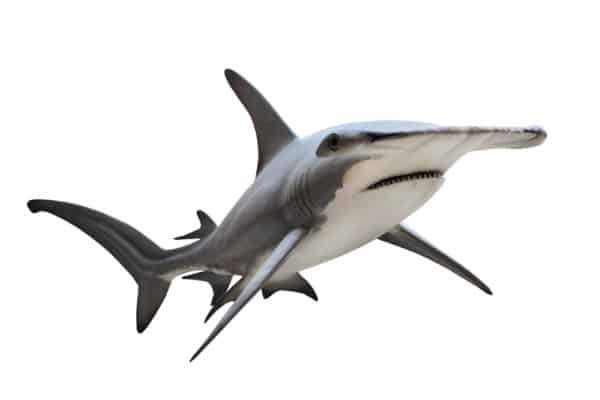 Hammerhead sharks are best known for their long, rectangular heads.

Hammerhead sharks are best known for their long, rectangular heads. These heads serve multiple purposes, including granting the sharks 360-degree vision as well as better hunting abilities. The sharks populate coastal areas and the edges of continental plates.

These sharks are in the class Chondrichthyes, or cartilaginous fishes. Their order is Carcharhiniformes, which have two dorasal fins, five gill slits, and is the largest order of sharks. The family Sphyrnidae are the hammerheads, which includes the genus Sphyrna and the genus Eusphyrna. Sphyrna includes the nine species of true hammerheads, and Eusphyrna includes only one species, the winghead shark.

The family scientific name for hammerhead sharks, Sphyra, is the Greek word for “hammer.”

The winghead shark is an ancient breed of hammerhead, as its head is significantly larger in proportion to the rest of its body.

Hammerheads are grey-green to olive in coloration, and they have bright white bellies. These bellies allow them to disguise themselves against the brightness of the ocean surface while hunting prey. Hammerheads have a small mouth in proportion to their heads. Their teeth are serrated and tiny. Their eyes sit at the edges of their face, granting them a wide field of view. They have 5 gill slits.

The unique head of these sharks serves purposes beyond great vision. Like most sharks, hammerheads use sensory organs in their face to detect the electrical impulses given off by other creatures. These organs aid in locating and catching prey. The hammerhead shark family has increased detection abilities because their sensory organs are spread throughout their heads. This spread allows them to find food, such as stingrays, on the sandy ocean floor.

These sharks can be as small as 0.9m and as long as 6.1m. They have tall, pointed dorsal fins. Some species have a notch on the end of their tails.

These unique sharks live along the coastline and the continental plates. They prefer warm bodies of water and are only found in the ocean. These sharks migrate when the seasons change; they move to the poles during the summer and to the equator during the winter. Populations of these sharks are dense around Hawaii, Costa Rica, and Eastern and Southern Africa.

Some species form schools of hundreds of individuals by day. These schools are primarily female hammerheads. By night, most species are solitary hunters.

Populations of most species of hammerhead sharks have been in decline, with some species listed as threatened while others are critically endangered.

Hammerheads tend to be carnivorous creatures. They will feed on fish, crustaceans, and cephalopods. A particular favorite of hammerheads is stingrays. They will use their enhanced sensory abilities to find them buried in the sand and then pin them down using their heads. Hammerheads prefer to hunt in shallow waters, and some species even venture into bays and brackish waters to find prey.

If the sharks are unable to find food, they have been known to eat their own young. They are considered to be better predators than other species of sharks.

Hammerheads have no natural predators. Humans are the biggest threat to these species, as they are fished deliberately for their fins or occasionally accidentally caught in fishing nets.

These sharks reproduce in the spring and summer months. Their breeding season is annual, unlike other species of shark. The male bites the female viciously until she allows him to mate with her. However, she can chase him away if she is not interested in him. This process can take hours until the female decides to submit to a mate. These sharks have thick skin, which means the mating rituals aren’t painful, though older females often have scars from the bites.

Hammerheads fertilize their eggs internally, making for a safe environment for the young to develop. Females give birth to live young after a 10 to 12 month gestation period. Pups are born in shallower waters and left to fend for themselves. They swim to deeper waters once they are older.

Hammerhead Shark in Fishing and Cooking

Millions of sharks are finned every year, and hammerhead populations suffer enormously from this. However, since they reproduce once a year, hammerheads can replenish their populations faster than other species of shark can. Most sharks are slow to breed and reproduce, so their numbers simply cannot keep up with the population decline caused by shark finning.

Only one species of shark, the great hammerhead shark, is big enough to pose a real threat to an adult human. Even so, very few hammerhead shark attacks have ever been recorded.

Where do hammerhead sharks live?

Hammerhead sharks live in warm coastal waters. There are dense populations off the coasts of Africa, as well as in Costa Rica and Hawaii.

These sharks are well known for their long, rectangular heads with an eye at each end. They are dull grey or olive along their dorsal side and white on their bellies. They have long dorsal fins, and some species have a notch in their tail.

How many teeth does a hammerhead shark have?

How much does a hammerhead shark weigh?

Size varies greatly in hammerhead sharks. Some species weigh as little as 300lbs, while others weigh nearly 1000lbs. Most of the sharks in this family tend to be on the smaller side of this spectrum. 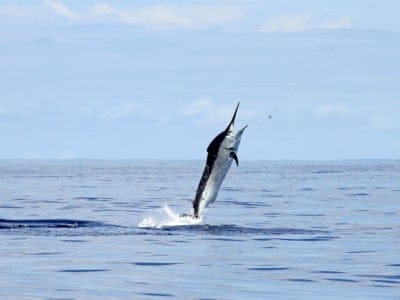 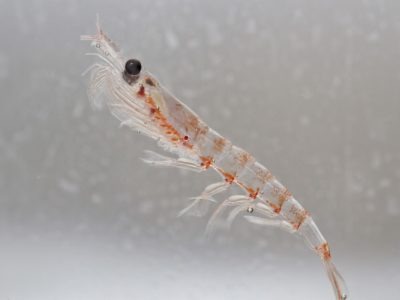 The krill is perhaps the most important animal in the marine ecosystem! 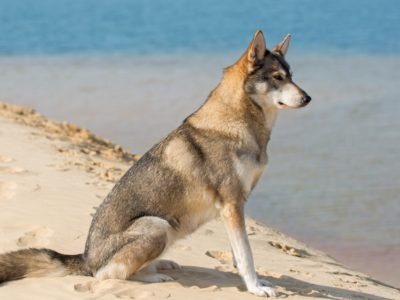 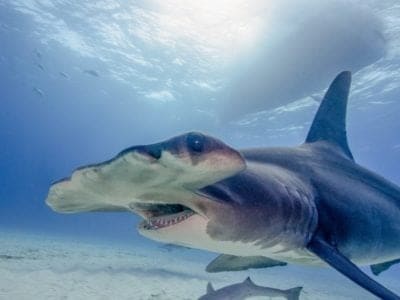 Found in coastal waters around the world!