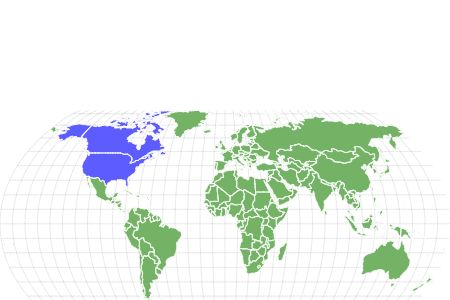 View all of our Maiasaura pictures in the gallery.

View all of the Maiasaura images!

The Maiasaura was one of many dinosaurs described as duck-billed. It had a thick, flat nose or beak similar to a duck’s bill, but much bigger! The Maiasaura was estimated at 31 feet long and weighed 2.8 tons. It was thought to be eight feet in height. This dinosaur was capable of standing on its hind legs, so it would’ve been much taller than eight feet if it stood up!

Paleontologists know the Maiasaura was an herbivore because of the design of its teeth. It had over 900 short, sturdy teeth made to chew and crush up plants. Their teeth were located in the cheek area of their mouth. Like many other types of dinosaurs, the Maiasaura lost a lot of teeth throughout its lifetime. But, when a tooth would fall out, another would grow in to replace it. When you think about it, every tooth lost by a dinosaur gives us more information about them and how they lived.

The Maiasaura’s hind legs were longer than its forelegs. So, dinosaur scientists believe it could move on its two hind legs as well as on all fours. By closely studying the bones in the feet of this dinosaur, paleontologists concluded that juvenile Maiasaura moved around on their hind legs and switched to traveling on all fours as adults.

Adults likely stood on their hind legs to pull at vegetation located in the treetops. In addition, paleontologists estimate this dinosaur could run at a speed of 25mph on its hind legs.

The Maiasaura is included in the Hadrosaur group. These were the duck-billed dinosaurs. Its scientific name is Maiasaura peeblesorum. The Greek word Maia means good mother and saura means lizard. The first discovery of this dinosaur’s remains included Maiasaura adults as well as eggs and juveniles. This led paleontologists to conclude that this dinosaur spent time caring for and protecting its young.

Diet – What Did Maiasaura Eat?

This dinosaur was herbivorous like other members of the duck-billed group. So, what did a Maiasaura eat? It ate ferns, pine needles, leaves, and other vegetation.

These dinosaurs date back 76.7 million years ago to the Late Cretaceous Period. They lived in North America in Canada and the United States. Specifically, its bones and fossils have been found throughout the state of Montana as well as in Alberta, Canada.

Threats and Predators to the Maiasaura

A dinosaur called the Troodon was one predator of the Maiasaura. Now, if you put a drawing of a Troodon and a Maiasaura side by side, you may wonder how a Troodon could’ve been a threat to a Maiasaura. After all, Troodon dinosaurs were usually 11 feet tall and weighed 110 pounds. However, Troodons were very intelligent, fast, and sly dinosaurs. Paleontologists think that Troodons preyed on old, weak, or very young Maiasaura dinosaurs. A Troodon dinosaur would likely have been very hesitant to attack a healthy adult Maiasaura!

The Tyrannosaurus rex was also a predator of the Maiasaura. The Maiasaura had few defenses against these huge, strong carnivores.

Paleontologists believe the best defense of the Maiasaura was its speed. Also, it’s believed these dinosaurs lived and traveled in herds. So, herd behavior provided some protection against its predators.

Discoveries and Fossils-Where Was It Found

Maiasaura bones were first discovered in 1978 in the Two Medicine Formation located in Choteau, Montana. Paleontologist Jack Horner found the remains of fourteen nests of juvenile Maiasaura dinosaurs complete with broken eggshells. In addition, there were adult Maiasaura dinosaurs found nearby. This led dinosaur scientists to believe the Maiasaura cared for its young. The site of this discovery is named Egg Mountain.

In the northern portion of the state of Montana, dozens of Maiasaura bones have been extracted from ash beds. These bones belonged to Maiasaura dinosaurs of all ages. This discovery is even more evidence that these dinosaurs lived in groups.

Paleontologists aren’t agreed on how the Maiasaura died out. But there are many who think these dinosaurs went extinct because of an asteroid that hit the earth near the end of the Cretaceous Period. The asteroid was thought to be six miles wide. When it landed, it sent up a huge cloud of dust that went into the earth’s atmosphere. This dust blocked the sunlight causing plant life to gradually die off. When the Maiasaura lost its food source, it died off as well.

Similar Animals to the Maiasaura

Dinosaurs similar to the Maiasaura:

When was the Maiasaura alive?

The Maiasaura existed in the late Cretaceous Period.

How big was Maiasaura?

Paleontologists estimate the length of the Maiasaura at 31 feet and its weight at 2.8 tons. When it comes to height, a Maiasaura was believed to have stood at eight feet tall.

Why is the Maiasaura called the good mother lizard?

This discovery was especially notable because paleontologists weren’t sure whether dinosaur parents cared for their young.

What dinosaur was the best mother?

There’s not a clear winner in the contest for best dinosaur mother. But the Maiasaura is not the only dinosaur that cared for its young.

The Allosaurus is another dinosaur known for its quality parenting skills. In Portugal, an Allosaurus nest was discovered along with the remains of 20 eggs. Crocodile eggs were discovered in the same area as the Allosaurus eggs. Paleontologists determined that the crocodile likely laid her eggs there because she knew the Allosaurus mother would fiercely protect her eggs (and the area) from predators. Clever!

The Oviraptor is another example of a good dinosaur parent. Paleontologists came to this conclusion based on a discovery in Asia. They discovered the remains of an oviraptor actually sitting on its eggs. No wonder the remains are known as Big Mama!

How did the Maiasaura defend itself?

The Maiasaura was a large dinosaur but didn’t have fierce defenses like a T.rex. A Maiasaura used its speed to run away from predators. Also, it’s believed it used its thick, strong tail to defend itself. The herd behavior of the Maiasaura also helped most of a group of these dinosaurs to get away if a predator showed up.

What were the predators of the Maiasaura?

This dinosaur had a few predators including the Troodon and the T. rex. Though herbivores like the Maiasaura were very large, they didn’t have the fierce nature of many of the carnivorous dinosaurs that lived during the Cretacean Period.

One way to think about the relationship between the Maiasaura and the T.rex is by looking at an equivalent relationship in nature today. One example would be a carnivorous lion preying on a plant-eating antelope in Africa.

How did the Maiasaura become extinct?

One of the most prominent theories of how the Maiasaura died out involves an asteroid. Paleontologists believe an asteroid measuring six miles wide struck the earth creating a tremendous cloud of dust. This dust gathered in the earth’s atmosphere blocking out the sunlight. The lack of sunlight killed plants and other vegetation. So, it’s believed the Maiasaura died off from a lack of food.

Another theory on dinosaur extinction involves disease. Some dinosaur scientists think a fatal disease traveled throughout the population of dinosaurs causing their extinction.

The one sure thing about the extinction of the Maiasaura and other dinosaurs is there has never been agreement among paleontologists on the actual cause! But, it’s interesting to look at all of the possibilities.

How do you pronounce Maiasaura?

When you properly pronounce Maiasaura, it sounds like you’re saying my-ah-sawr-rah.