Montana is located north of Wyoming and situated just below the southern border of Canada. Much of the state of Montana is sparsely populated with people, but it has a diverse array of common native wildlife, including the rarest mammal in North America, the Black-footed Ferret. The state is home to over 100 other species of mammals as well, ranging in size from tiny rodents to huge predators. There are also some 440 different bird species, dozens of reptile and amphibian species, and plenty of wild game animals.

Montana has a few strange native species that may be surprising to find so far north, such as the Pygmy Rabbit, the Northern Scorpion, and the Rubber Boa. Its diversity is due in part to its unusual climate, which varies widely across the state due to its topography and proximity to the Pacific Ocean and Canada.

The Official State Animals of Montana

Because it is less populated than most other states, Montana is rich in wildlife and has several state animals.

The Grizzly Bear (Ursus arctos horribilis) was given the honor of the official state animal and mammal in 1983. Over 55,000 students assisted in helping choose the state animal, and the Grizzly Bear was the winner out of 74 total mammals, including the Elk, which came in second.

Montana’s state bird, adopted in 1931, is the Western Meadowlark. Though it may seem strange, these beautiful black, white and bright yellow birds are part of a subfamily of the blackbird. It is said that Meriweather Lewis was the first to describe this bird in writing, calling it similar to the eastern variety, but with a “richer and more varied” song.

The Blackspotted Cutthroat Trout (Oncorhynchus clarki) became the official state fish in 1977. This native Montana species is also sometimes called Yellowstone cutthroat trout or the west slope cutthroat trout. It was chosen because it requires a quality habitat to survive, just as the people of Montana desire a certain quality and way of life.

Where To Find The Top Wild Animals in Montana

All across Montana the climate changes due to its geography and topography. Because of this, at different locations, you may see birds, rodents, bison, elk, bighorn sheep, grizzly bear, lynx, moose, wolverines, coyotes, and wolves, or even beavers, badgers, porcupines, otters, mink, and bats. The best place to see them is by visiting the many parks and reserves.

Some of the best parks for viewing wildlife are:

The Most Dangerous Animals In Montana Today

The state of Montana is number one in animal-related deaths, according to the Center for Disease Control. Many of the animals that cause those deaths are not even predators!

In the state of Montana, all of the following species are listed as threatened or endangered:

What kind of animals are in Montana?

Montana is full of wild mammals like rodents, bears, and deer. Predators like wolves and coyotes are also common. Birds, fish, and assorted other wildlife are plentiful.

How many species of animals are in Montana?

Counting mammals, birds, reptiles and amphibians, there are over 550 species of land animals in Montana. There are approximately 90 species of fish.

What dangerous animals live in Montana?

There are several fierce predators common to Montana, including wolves, grizzly bears, and rattlesnakes.. Of these, none are very likely to encounter and attack a human, but all can be deadly when it happens.

What is the most dangerous animal in Montana?

Deer are actually the most dangerous animal found in Montana because of the number of motor vehicle accidents they cause. This happens more in Montana than almost any other state. 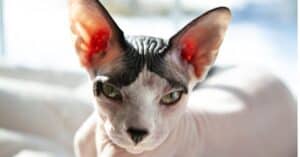