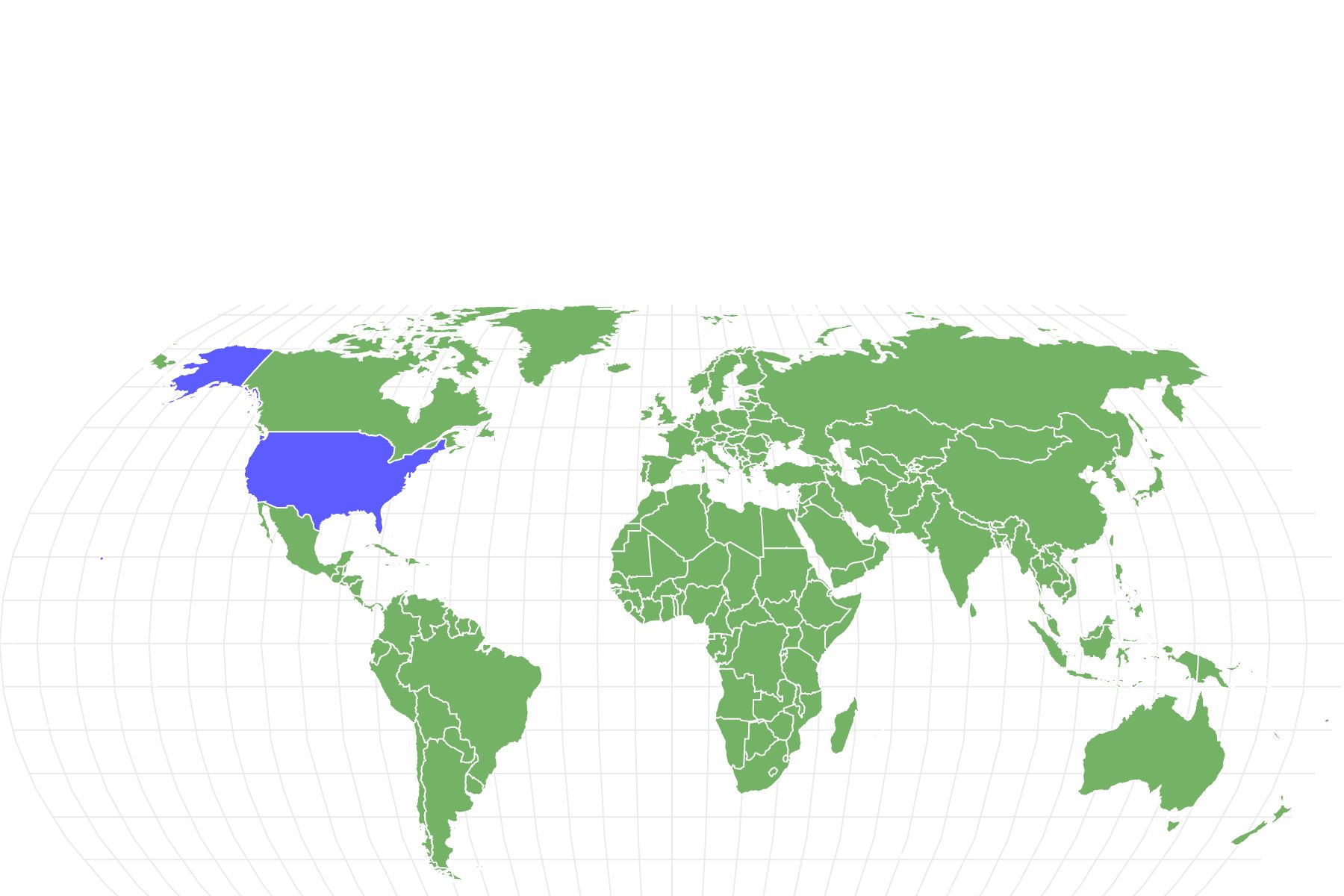 Redbone Coonhound as a Pet:

View all of our Redbone Coonhound pictures in the gallery.

View all of the Redbone Coonhound images!

The Redbone Coonhound dates back to colonial days, but it has since made its way into the hearts of many households. With a loud bark and an energetic disposition, it is easy to tell when this breed is around. They won’t need much maintenance, but they crave tons of mental and physical stimulation from their owners.

3 Pros and Cons of Owning a Redbone Coonhound

As helpful as a few fun facts can be, they don’t tell the entire reality of bringing a Redbone Coonhound home. Here are a few pros and cons to consider before adoption.

Though the stands of the Redbone Coonhound are rather large, the males and females differ slightly. Typically, the male of the breed is larger, standing at 22 to 27 inches tall, measuring from the foot to the shoulder. Females, on the other hand, only measure 21 to 25 inches tall at this same spot. Regardless of gender, the Redbone Coonhound ranges from 45-70 lbs. when it has reached adulthood.

Anyone who adopts a Redbone Coonhound from a rescue or a breeder will be happy to learn that they are rather healthy animals. Due to their long legs, hip dysplasia is one of the most common issues that they’ll come up against. Luckily, the risk is low, though it can cost up to $6,000 to correct. Always check with breeders that can show a medical history of the parents of the puppy, including ratings from the Orthopedic Foundation for Animals and the Canine Eye Registry Foundation.

Others can injure their legs as a result of their energetic jumping and running while hunting. Even coming up against a critter during these escapades can cause a lot of harm. Always lookout for a limp or bite after hunting, no matter how slight, and seek out veterinary care immediately.

Health and Entertainment for your Redbone Coonhound

The floppy ears are a trademark of the Redbone Coonhound, but therein lies another possible health issue – ear infections. Luckily, checking the ears weekly for buildup, mites, and ticks are easy ways to prevent these issues.

Since this dog has such an affinity for good flavors and aromas, one of the other concerns is obesity. Feeding a healthy and steady diet to your pup can make a big difference in preventing this problem, though a treat here and it is safe.

Putting a dog through genetic testing can answer most potential health questions for their future. Plus, with regular care, the lifespan of the Redbone Coonhound typically ranges from 12-14 years. Overall, you should look out for:

The love and adoration that families will get from adopting a Redbone Coonhound are almost immeasurable. They are friendly and sensitive, showing their affection to both adults and children alike. They love the mental and physical stimulation that these interactions bring, though their personality sometimes seems to be driven by the need to not be bored. If they don’t get this feedback, their behavior can take a turn for the worst.

Incredibly vocal, their voice can be a sweet tune to take along during hunting season as you trek back with your latest catch. However, since frequent barking is one of their most common traits, it is best to live in an area that won’t be disrupted by their frequent noise.

How to Take Care of a Redbone Coonhound

To keep a puppy healthy, the first step is to find a reliable breeder. While rescue dogs are always in need of a home, bringing this pup to a vet and getting genetic testing can give a more precise idea of what to prepare for.

Here are a few more ways that you can make your Redbone Coonhound feel more at home.

Since the Redbone Coonhound is prone to obesity, careful attention should be paid to their diet. While one feeding a day should be enough, some dogs like to split the food into two meals. Though cottage cheese, cooked eggs, and fresh produce can be appetizing, it should not cover more than 10% of this dog’s diet.

Drool may be an issue with the Redbone Coonhound. However, the severity of the drool will depend on the shape of their lips, and you’ll probably notice it the most as they gobble up their water. Most often, this pup will start to drool before a meal or if he smells something particularly appetizing in your home, which is called the “Pavlov reflex.”

With a short and smooth coat, there’s not much that you’ll have to do to keep Redbone Coonhound groomed. Hounds tend to have their own natural odor, though it won’t bother most owners. Regular bathing can keep this smell under control, but it won’t ever actually go away entirely.

The shortness of the coat gives a distinct advantage to owners that don’t like dog hair everywhere because this breed’s shedding is minimal (at its worst). With twice weekly teeth-brushing sessions and weekly ear cleanings, this dog will stay as fresh as can be.

The ADD-like demeanor of this dog may conflict directly with all of the training efforts that you put in but make no mistake – this training is necessary. Getting them involved with other dogs and their favorite humans helps to socialize them, giving them the feedback that they need to regulate their energy. This dog craves mental stimulation, which is why many owners will turn training into a game. With enough patience, even the most distracted Redbone Coonhound will be a beloved family pet.

Due to the strong build of the Redbone Coonhound, the best way to keep their behavior under control is to get them out the door for some exercise. They like to go on at least one walk or even a jog each day, though they might run off if left alone in a yard for too long. It isn’t that they are disobedient – they just like to run after anything they might hunt.

While apartment living might work for this pup, they will need to get outside to exercise properly.

When the puppies are under six months old, they’ll need approximately 3 meals a day. They should not be fed table food to avoid obesity.

Though these dogs get big rapidly, their mental and physical development is slightly delayed. Still, as eager as they can be to please owners, any amount of patience in their training will be greatly appreciated by their typically sensitive nature.

Redbone Coonhounds have a phenomenal relationship with children. Their innocent and puppy-like demeanor lasts for years longer than other dogs, and they love to play with their younger household members. While supervision with any dog is necessary for little ones, a little training can make this relationship into a bond that lasts for their entire lifespan. These pups are incredibly loyal, and they’ll do anything to keep the strong bond between their child friends alive.

Dogs Similar to the Redbone Coonhounds

These dogs have been included in books for years, though Where the Red Fern Grows by Wilson Rawls is probably the best place to recall them. Old Dan and Little Ann are title characters, and they even made their way to the big screen when the film adaption premiered in 1974.

Walt Disney Productions has even been responsible for introducing the world to a Redbone Coonhound puppy in The Hound That Thought He Was a Raccoon, which came out in 1960. However, the fact that this breed is often seen as a hunting dog may be why there haven’t been any famous celebrity sightings of the Redbone Coonhound outside of the movies.

Some popular names for these dogs include:

View all 47 animals that start with R

What is a redbone coonhound?

A Redbone Coonhound is a dog with a beautiful red coat, complementing their medium-to-large build. This hound is friendly, though they are known for having attention-deficit disorder, so their training can be a little difficult. Their barking is all meant in good fun, and they love the families that they bond with.

Absolutely. Redbone Coonhounds love to spend time with their families and will constantly show their affection. With a lifespan of up to 14 years, there’s plenty of time to raise a family around them.

Are Redbone Coonhounds easy to train?

Training a Redbone Coonhound can take a little extra work than other breeds. They are distracted easily, and they need a lot of physical and mental stimulation to be engaged.

Not at all. If anything, this sensitive breed is rather docile. However, it is important to raise the Redbone Coonhound in a loving household since their upbringing can determine their temperament. Adopting from a rescue can result in a less predictable personality, but most of these pups are rather gentle.

How much do Redbone Coonhounds cost?

For a puppy, a Redbone Coonhound can cost $500 to $800. However, adopting from a rescue will drastically reduce the cost.