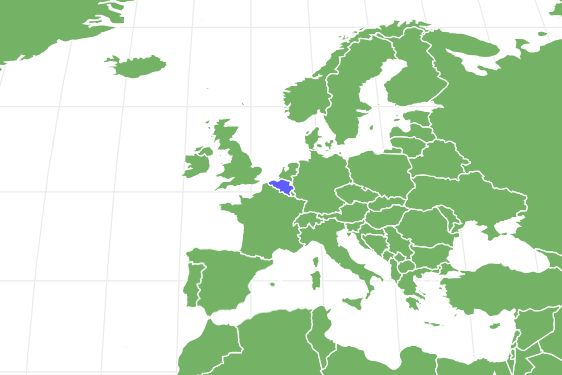 Bloodhound as a Pet:

View all of our Bloodhound pictures in the gallery.

View all of the Bloodhound images!

These dogs are also believed to be the descendants of hounds that were kept at Saint-Hubert in Belgium, which is why it is commonly known as ‘le chien de Saint-Hubert’ among French speakers.

These dogs are very intelligent and have an extremely well sense of smell which has also helped these dogs earn in the search and rescue department of the law and enforcement arena. They are also known to be highly active and have a unique appearance. Other than that, they are also known to be very kind and affectionate. These dogs are usually purebred and can often be found in adoption shelters and rescue groups.

Three Pros and Cons of Owning a Bloodhound

For anyone that is considering adopting a this breed, you should know that these animals come with a range of pros and cons — much like any other animal. Some of them are:

Bloodhounds are large and sturdy dogs and were originally bred for hunting deer and wild boar. They can also very keenly sense of smells and are often also used to track people.

Health and Entertainment for your Bloodhound

Bloodhounds are generally known to be a very healthy breed of dogs. They usually have a lifespan of around 10 to 12 years. However, like any other living creature, they are not completely safe from diseases.

Other than that, there are other problems like heart conditions and eye conditions like patellar luxation, cataracts, and persistent pupillary membranes that the bloodhounds suffer from.

Therefore, the common health problems that bloodhounds suffer from include:

Bloodhounds are gentle and patient and are known to be noble dogs. These dogs are also known to be especially great with children and are also patient enough to let young children get all over them.

Even though the bloodhounds are very well mannered, they are independent and very determined. These dogs are also known to make individual decisions – free of anybody else – which usually happens when they sense a particular scent.

They are also known to make melodious music noises like howling and whining noises and are known to be one of the most melodious dog breeds.

How to Take Care of a Bloodhound

To be able to own a pet, it is important to know how to take care of them. Here are a few things you should take care of Bloodhounds.

The adult bloodhounds usually need about 18 percent of protein and five percent of fat. The common foods that you can feed to your bloodhound can include chicken, salmon, vegetables, fish, and brown rice.

However, bloodhound puppies should usually be fed dry dog food, chicken, sweet potato, and other large breed puppy foods which ultimately help in their overall growth and development.

Bloodhounds usually do not require much maintenance and grooming except regular uptake of their ears and coat. They have been bathed only three to four times a year. However, whenever that is done, it is always advisable that the bathing is done outside as there is a chance that they can slip and hurt themselves indoors.

Even though bloodhounds are known to be tracker dogs and engage in a lot of physical exercises, they are often testing while training.

They are intelligent and therefore one would often think that they are easy to train. However, it requires a lot of time and patience to get them to start doing it because of their stubborn nature.

However, once they start following their owner’s lead, they just need gentle reminding until the behaviors become commonplace.

Bloodhounds require a good amount of exercise. These dogs need about two hours of physical activity every day to keep them fit and satisfied. However, sometimes this alone cannot be enough.

Sometimes, for the sake of the bloodhound’s mental peace, they require to be taken outside for walks which helps them keep destructive and aggressive behaviors at bay.

Bloodhound puppies should be taken extra care of since they are fragile and delicate during their initial days and/or months. However, as they grow up, a more relaxed care routine can be put in place.

Bloodhound puppies usually need to be fed chicken, sweet potatoes, and other large breed puppy food that helps in their growth and development.

Bloodhounds are known to be very affectionate and loving and are especially great with children. They are also very patient and often allow young children to climb and get all over them.

Several dogs are like Bloodhounds. Some of them are:

1. Greyhound: While the Greyhound has a much slimmer body, they both can reach an average of two feet tall. Both are excellent companions for children and families, and they are even good with friendly strangers.
2. Beagle: Beagles have about the same lifespan as a beagle, and both are gentle enough to be around children. While the bloodhound requires a little more attention and care during grooming, the beagle is much easier to groom. Both are incredibly vocal, acting as an alarm system with their bark to protect the home.
3. American Foxhound: These dogs are used for hunting foxes based on their scent, using their skills of heightened smelling sense to get the job done – much like bloodhounds.

There are many famous bloodhound dogs. Disney has integrated the floppy-eared dog as some of their most popular characters like Pluto, Trusty (from Lady and the Tramp), Bruno (from Cinderella), and Copper (from The Fox and the Hound). Disney even has used the bloodhound as the character Bumpus Hounds in their holiday film The Christmas Story.

On television, the bloodhound found its way onto the set of “The Beverly Hillbillies.” Duke, the dog of character Jed Clampett, was played by a bloodhound named Stretch.

Thanks to the bloodhound’s ability to track scents, the bloodhound’s most important roles have been that of a police dog, which they are commonly used as in France. Nick Carter, owned and handled by Captain G. V. Mullikin, is commonly considered to be the epitome of trailing for these dogs, and he is credited for 650 finds. One of these discoveries occurred after following a 12-day old trail.

Here are some of the common names for bloodhounds:

How much does a bloodhound cost to own?

Is the bloodhound good with kids?

Bloodhounds are great with kids and often show a lot of patience with the younger children. These dogs are known to be loving and affectionate.

How long does a bloodhound live?

Bloodhounds live 10 to 12 years on average.

Yes, bloodhounds are known to make great family pets and are very loving and affectionate towards their owners.

No, bloodhounds are not usually aggressive.

Yes, bloodhounds are known to be a breed of intelligent, alert, and determined dogs.

Are Bloodhounds herbivores, carnivores, or omnivores?

Bloodhounds are Omnivores, meaning they eat both plants and other animals.

What Kingdom do Bloodhounds belong to?

Bloodhounds belong to the Kingdom Animalia.

What class do Bloodhounds belong to?

Bloodhounds belong to the class Mammalia.

What phylum to Bloodhounds belong to?

Bloodhounds belong to the phylum Chordata.

What family do Bloodhounds belong to?

Bloodhounds belong to the family Canidae.

What order do Bloodhounds belong to?

Bloodhounds belong to the order Carnivora.

What genus do Bloodhounds belong to?

Bloodhounds belong to the genus Canis.

What type of covering do Bloodhounds have?

Bloodhounds are covered in Hair.

How many babies do Bloodhounds have?

The average number of babies a Bloodhound has is 7.

What is an interesting fact about Bloodhounds?

Bloodhounds are affectionate, gentle, and even-tempered!

What is the scientific name for the Bloodhound?

The scientific name for the Bloodhound is Canis lupus.