Their "mermaid pouches" can be found on beaches across the world! Click through all of our Skate Fish images in the gallery. 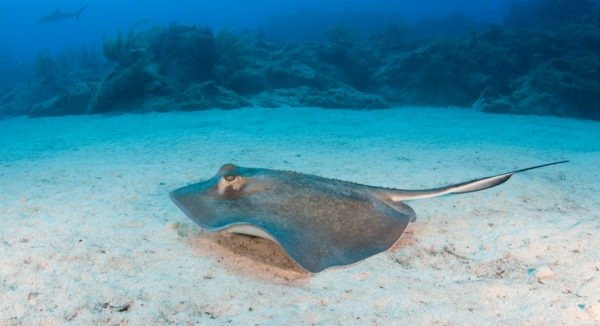 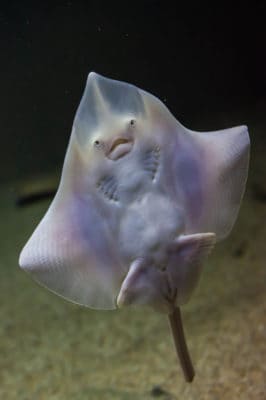 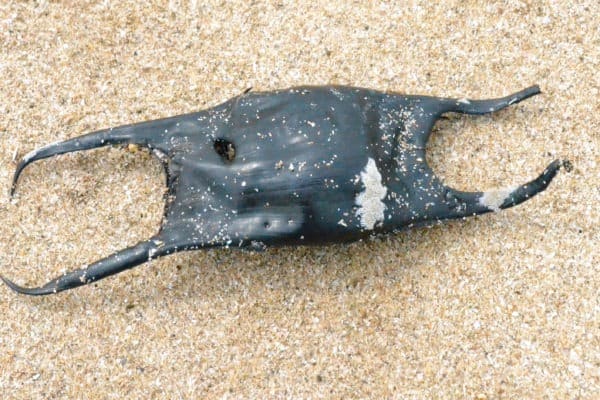 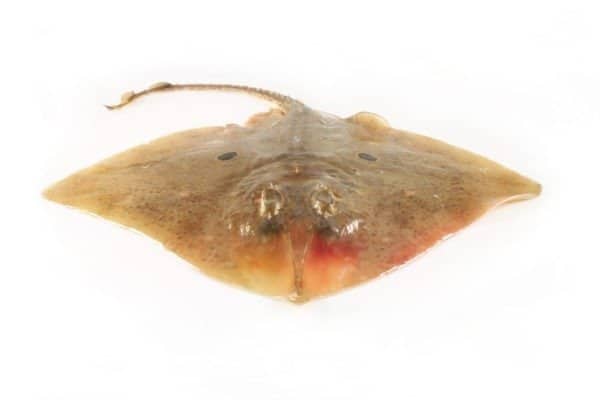 View all of the Skate Fish images!

Skate fish are a family of animals, of which there are more than 200 described species across the world.

Generally abundant across the world’s waters, skates are often caught as byproducts from trawlers, and some species are now critically endangered. Skates are also known for having meat that can match a scallop in consistency and flavor when prepared properly. In fact, many Michelin star restaurants now feature skate dishes on their menus (see below for our ‘Skate Fish in Cooking’ section for more details on its cooking and preparation).

Skate fish are cartilaginous fish that are part of the class Chondrichthyes, which also includes sharks, rays, and chimeras. While fish in this class lack bones, and thus leave behind limited fossil evidence, it’s believed modern skates began evolving during the Jurassic Period (200 to 145 million years ago).

Skate fish belong to the Rajiformes, which contain more than 200 species spread across four families. Other families include smooth skates, softnose skates, and pygmy skates.

The largest skate fish family is Rajidae, which as of late 2020 contains 159 described species spread out across 16 genera. An example of a specific skate species’ scientific name would be the big skate, which is named Raja binocular.

While approximately 159 species have been identified in Rajidae as of late 2020, knowledge of skates taxonomy continues to grow. With these bottom-dwellers often living to depths of up to 8,900 feet, new species and genera may continue to be discovered in the years to come.

Some notable skate fish species include:

Skate fish species can possess extremely unique body shapes, colors, and even sizes! While big skate have reached 8 feet in length and weigh up to 200 pounds, most skate fish species measure less than 3 feet and weigh in at 10 pounds or less.

With approximately 200 species, skate fish appearance can vary dramatically. The most common color is a “brownish” tint that helps the species blend in with the bottom of the ocean, however certain skate species have dots or other markings. In addition, skates tend to have more of a ‘diamond’ or even circular body shape than stingrays, which tend to have longer and more pronounced ‘wings’ on their sides.

Skates and rays look very similar, but have key differences that set them apart into different families.

Beyond these differences, rays and skate fish also have key differences in their teeth and habitat (skates generally prefer living in deeper waters).

Skate fish are found in oceans across the world. Different skate species inhabit environments that range from the shallow mouths of river deltas all the way to outer continental shelves that can reach 8,900 feet in depth. However, the majority of skate species live at depths that are further out than rays.

Skates are found in both cold and temperate climates. Species can be found near the equator all the way to off Antarctica in the Southern Hemisphere and Greenland in the Norther hemisphere. As skate fish lay on ocean floors, they breath through spiracles which are positioned behind their eyes. These specially evolved opening allow skate fish to breath oxygenated water while buried in sand near the ocean floor.

Skate fish reproduce with eggs that are placed in “mermaid pouches.”

Mermaid pouches are made of collagen proteins and give skate eggs additional protection from predators on the bottom of the oceans. Skate embryos generally live in these pouches for about 3 months (12 weeks) before breaking free. Adolescents grow to about double the size of the pouch (generally about 4″ to 6″) by the time they’re ready to leave its protection.

As skates mostly live in deeper environments and are difficult to observe, it’s a challenge estimating their exact longevity. However, scientists have placed the common skate fish’s lifespan at 50 to 100 years (Luna, 2009; Dulvy et al., 2006; Neal et al., 2008). Other species may live for shorter periods. For example, estimates of Winter skate lifespan are listed at about 20 years.

This long lifespan of some skate fish species means it can take 10 or more years to reach maturity, which can make repopulation challenging. Most skate species lay many eggs (common skates will lay approximately 40), but few of these eggs will lead to skate fish that reaches maturity.

Many skate fish species are abundant and often caught as ‘byproduct’ by trawlers. Traditionally, skate fish haven’t been cooked nearly as commonly as other fish species in the home, but its use in cooking is growing.

One of the challenges of cooking skate fish is that like other cartilaginous fish (like sharks), skates carry urea in their tissues. This can lead to an ammonia–like taste when not prepared properly. Most skate that carries this unpleasant odor is the result of poor storage and mishandling.

Skate is now found on the menu at Michelin starred restaurants like New York City’s Le Bernardin. In addition, skate fish is seen as a delicacy in other cultures under different preparations. In South Korea, the city of Mokpo has become famous for its skate dishes, which has a ‘pungent’ odor that results from fermenting the fish.

Most species of skate fish are considered abundant, however trawling has led to a decrease in the estimated biomass of a number of skate species.

The common skate is now listed as critically endangered, and is offered protections in the European Union. In the United States, the population of thorny skates is declining, but in 2017 the fisheries service ruled it didn’t warrant protections under the Endangered Species Act. Although the species’ numbers are declining, the final report on its status noted thorny skate populations are still estimated to number in the hundreds of millions.

What do skate fish eat?

What are some skate fish recipes?

The top challenge to eating skate fish is getting meat that’s been handled properly and lacks an “ammonia-like” odor. If you can locate properly handled skate, its taste is often compared to scallops and is featured at several high-end restaurants. Skate fish are often served with brown butter or other sauces that pair well with fish.

What is a sea skate?

A sea skate is just another name for skate fish. They’re also called “skate wings” and other names. Importantly, a skate is not a ray, and the two families of fish have very notable differences.

Most of the 200 species of skate fish are relatively abundant. Many species have suffered from biomass loss across the past 40 years due to trawling which often results in them being caught as a byproduct. The common skate is listed as critically endangered and has protections across the European Union.

What Kingdom do Skate Fish belong to?

What phylum do Skate Fish belong to?

What class do Skate Fish belong to?

What family do Skate Fish belong to?

What order do Skate Fish belong to?

Where do Skate Fish live?

Skate Fish live in oceans across the world.

In what type of habitat do Skate Fish live?

What are some predators of Skate Fish?

Predators of Skate Fish include sharks.

What is an interesting fact about Skate Fish?

What is the lifespan of a Skate Fish?

Skate Fish can live for up to 100 years.

What is the biggest threat to the Skate Fish?

The biggest threat to Skate Fish is ocean trawling.

How many babies do Skate Fish have?

The average number of babies a Skate Fish has is 40.