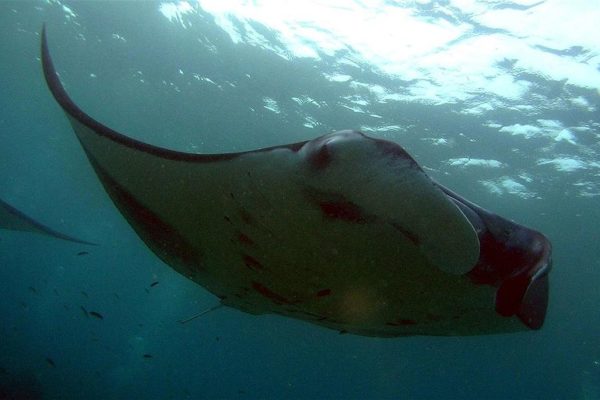 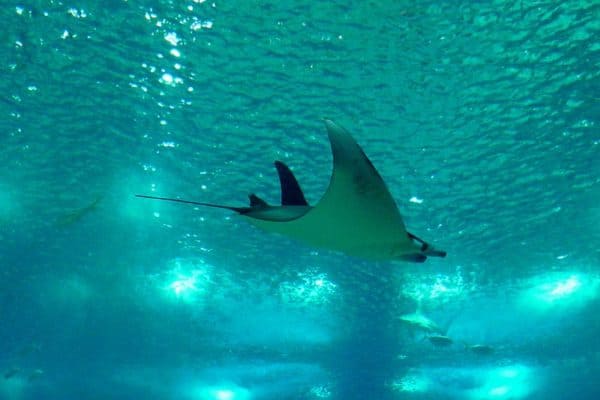 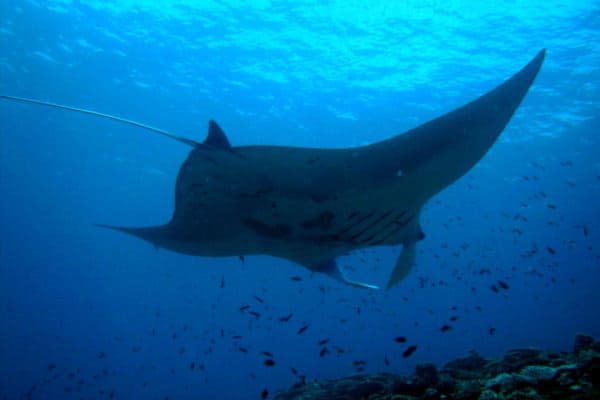 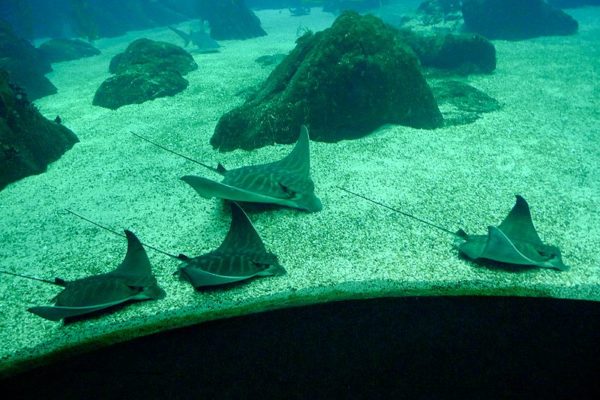 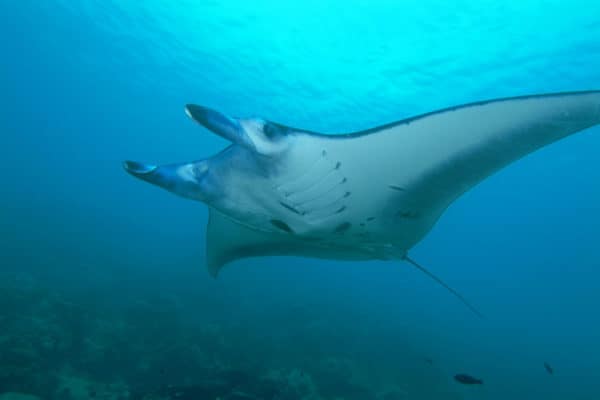 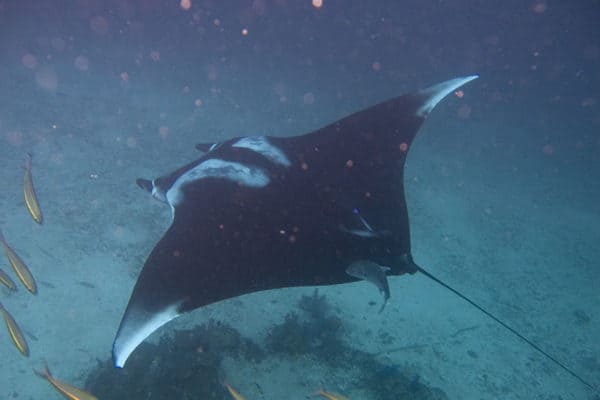 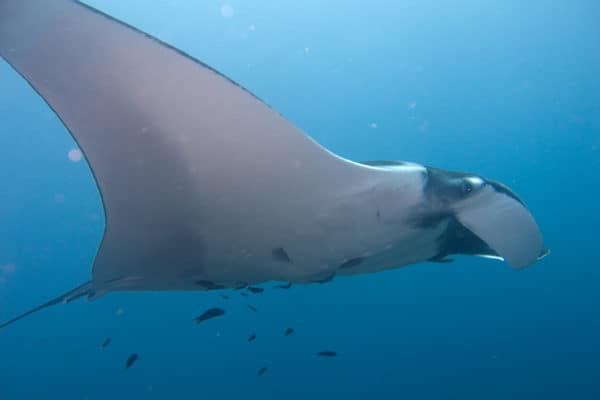 The manta ray is most commonly found in the warmer, tropical of waters of the world's oceans, typically around coral reefs and along the continental shelves where food is in abundance. However, due to their enormous size, manta rays are also commonly spotted hunting out in the open ocean.

The manta ray is a solitary animal and is also a graceful swimmer. Like other large species of fish, manta rays swim by moving their pectoral fins up and down which propels their enormous body through the surrounding water. The short tail of the manta ray also allows the manta ray to be more acrobatic with its movement, and they have even be seen leaping out of the water.

Manta rays are known to frequently visit cleaning stations where small fish such as wrasse and angelfish swim in the manta ray's gills and over its skin to feed, in the process cleaning it of parasites and dead tissue. Manta rays are generally not interested in eating these smaller fish as they are providing a great service to the manta ray.

Unlike many sharks, manta rays do not actually have teeth and instead sieve the food particles out of the water using rows of tiny plates in their mouths, which they funnel in their mouths as they swim. Manta rays eat tiny marine organisms including microscopic plankton, small fish and crustaceans.

Despite its large size, the relatively docile nature of the manta ray means that it is actually preyed upon by a number of large marine predators. Large species of shark such as the great white shark, killer whales and also humans are known to hunt the manta ray.

After mating the female manta ray lays a couple of eggs which actually develop and then hatch inside her. This process is known as aplacental viviparity and is quite commonly seen in the reproduction of a number of shark and ray species. Within 6 weeks of hatching, the female manta ray gives birth to 1 or 2 manta ray pups, which develop into large adults fairly quickly.

Today, although the manta ray is not considered to be a species that is in imminent danger of extinction in the wild, the manta ray population numbers have been declining more quickly in recent years. Manta rays are particularly susceptible to pollution in the water and are quickly affected by overfishing in certain areas, and therefore a lack of food.