Native to the freshwater streams of South America! Click through all of our Tetra images in the gallery. 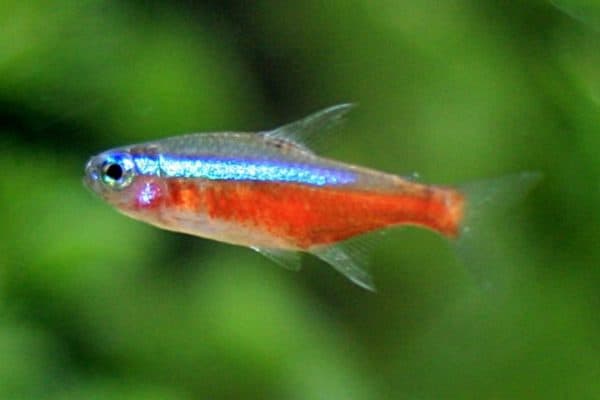 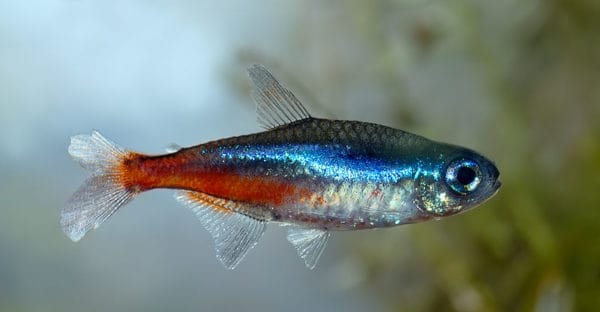 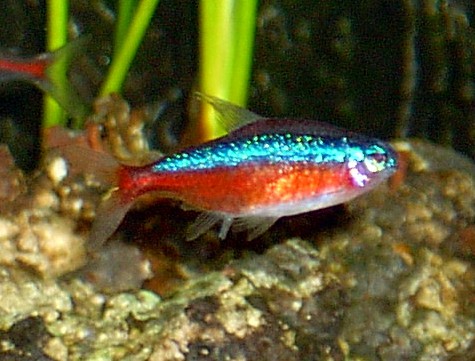 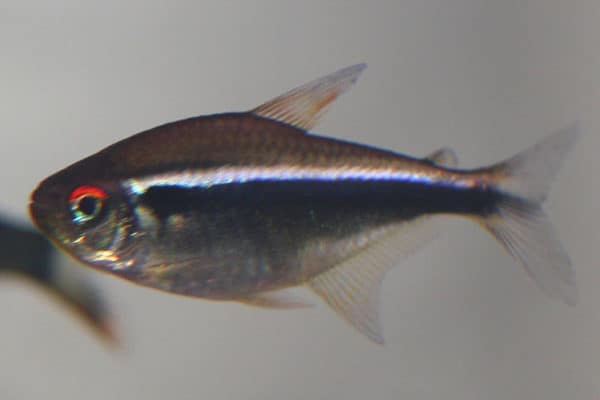 View all of the Tetra images!

The tetra is a small and colourful fish native to the freshwater rivers and streams of South America and Africa. The tetra is one of the most well known and popular freshwater tropical fish kept in tanks and aquariums all around the world.

Tetras are very commonly found in aquariums around the world and due to the hardiness of the tetra, they are easy fish to keep. The neon tetra is among the most commonly bred commercial species of tetra out of all of the tetra species.

The tetra is an omnivorous animal eating a mixture of both plant and animal matter. The tetra primarily feeds on algae and brine shrimp and picks out the larger food particles that are part of the plankton in the water. Tetras also eat small invertebrates such as worms.

Due to their small size, tetras are prey to many predators in their watery world. Larger fish, eels, crustaceans and invertebrates all prey on the tiny tetra which is often easy to spot due to its brightly coloured body. When a tetra feels it is in danger, it will often try to find something to hide in or travel into water that is slightly darker so that the tetra is harder to spot.

Tetras live in schools of many tetra individuals, sometimes in the hundreds, in order to help to protect each other and to find food. Tetras kept in tanks should be kept with at least 6 or 7 other tetras. Male tetras tend to be smaller in size than the female tetras.

Tetras breed in pairs that spawn together for about a year. Female tetras lay an average of 130 eggs usually on a leaf in the water, which are then fertilised by the male tetra. The baby tetra are called fry and hatch within a couple of days.

Are Tetras herbivores, carnivores, or omnivores?

Tetras are Omnivores, meaning they eat both plants and other animals.

What Kingdom do Tetras belong to?

Tetras belong to the Kingdom Animalia.

What phylum do Tetras belong to?

Tetras belong to the phylum Chordata.

What class do Tetras belong to?

Tetras belong to the class Actinopterygii.

What family do Tetras belong to?

Tetras belong to the family Characidae.

What order do Tetras belong to?

Tetras belong to the order Characiformes.

What genus do Tetras belong to?

Tetras belong to the genus Paracheirodon.

What type of covering do Tetras have?

Tetras are covered in Scales.

In what type of habitat do Tetras live?

What is the main prey for Tetras?

What are some predators of Tetras?

Predators of Tetras include fish, eels, and crustaceans.

What is the average clutch size of a Tetra?

What is an interesting fact about Tetras?

Tetras are native to the freshwater streams of South America!

What is the scientific name for the Tetra?

The scientific name for the Tetra is Paracheirodon Axelrodi.

What is the lifespan of a Tetra?

What is the lifespan of a Tetra?

What is the optimal pH for a Tetra?