If you handle one of the snakes, it will defensively emit a foul-smelling musk that can get on your hands and other surfaces and permeate your home. 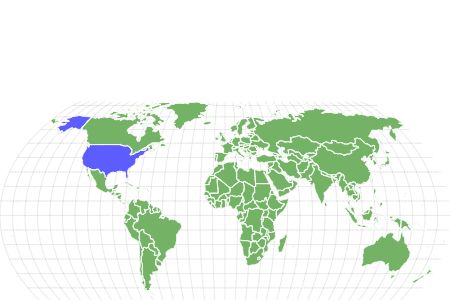 Fun Fact
If you handle one of the snakes, it will defensively emit a foul-smelling musk that can get on your hands and other surfaces and permeate your home.
Estimated Population Size
Over 1,000,000
Most Distinctive Feature
Bright orange or red stripe running along the back from the neck to the tail tip
Distinctive Feature
Yellow or white stripe on each side of its body
Litter Size
20 - 40 live babies
Habitat
sometimes found near water sources likeThey're sometimes found near streams, rivers and ponds. They use damp soil, large plants, brush piles, stacked wood and other debris for cover.
Diet
Carnivore
Favorite Food
Insects, amphibians, snails, and earthworms
Common Name
Garden snake

View all of the Texas Garter Snake images!

Texas garter snakes are uncommon, but where found they provide helpful pest control for gardens and residential areas.

The Texas garter snake (Thamnophis sirtalis annectens) is one of 13 subspecies of the common garter snake native to North America. This subspecies is found in central Texas, Kansas, and sometimes South Dakota. They are not venomous to humans, yet have enough venom in their saliva to subdue small prey. When one of these snakes is found, it is best to leave it alone because in residential areas, gardens and greenhouses it helps control pest populations. This is how the snake earned the common name “garden snake.”

In most regions, it is illegal to take a Texas garter snake out of the wild to keep as a pet. But in captivity, such as in zoos, the snakes can have a lifespan of six to 10 years. This is much longer than their average lifespan in the wild of only two years. The garden snake reaches sexual maturity at between 1.5 years to 2 years, but in their natural habitat, many do not live long enough to reproduce.

Where to Find Texas Garter Snakes

Texas garter snakes are named for the primary region to which they are native, central Texas. But the snakes are sometimes found in sparse populations in Kansas and South Dakota. They are among the least common garter snakes, but are sometimes found near water sources like streams, rivers, and ponds. They like using damp soil, large plants, brush piles, stacked wood, and other debris for cover.

The Texas garter snake’s species, Thamnophis sirtalis, is listed as being of “least concern” by the International Union for Conservation of Nature’s (IUCN) Red List of Threatened Species. The species as a whole, including the subspecies Texas garter snake (Thamnophis sirtalis annectens) has a stable population. It is believed that the population exceeds 1,000,000 for all common garter snakes in North America and northern Mexico.

Texas garter snakes are identifiable through their color patterns, ranging from almost-solid to distinctively checkered or blotched. Their base colors are specifically a dark olive green, dark brown or black patterned body with a bright orange or red primary stripe down its back. There are also two yellow stripes, one down each side of its body. The snake’s underside is typically a cream or white color.

How to identify the Texas garter snake:

Texas Garter Snake Venom: How Dangerous Are They?

Texas garter snakes, like other common garter snakes, are not venomous to humans. However, they do have enough venom in their saliva to subdue their small prey. The garden snakes do not have fangs, so they do not inject their venom. Instead, the toxic saliva enters the prey’s bloodstream by entering through the bite wound.

If a human is bitten by a Texas garter snake, the teeth may not puncture the skin at all. If there is a puncture and the saliva enters the wound, the person will typically experience no symptoms or just slight irritation and temporary swelling. If you are bitten by a Texas garter snake, simply wash the region with warm, soapy water. This will help you avoid infection from bacteria common to a snake’s mouth. If you notice signs of anaphylaxis, such as nausea, vomiting, or dizziness after a garden snake bite, call your doctor for additional care instructions.

Texas garter snakes are so non-threatening to humans that some people keep them as pets. Most local areas prohibit taking these checkered and striped snakes out of the wild, however. For this reason, you should not try to keep one as a pet without verifying your local and state laws. If you want to see the snakes close-up, you can visit them at zoos housing this species, such as the Dallas Zoo in Dallas, Texas.

If you handle one of the snakes, it will defensively emit a foul-smelling musk that can get on your hands, clothes, and other objects. The smell is hard to clean away and can permeate a home. This is one of the animal’s defense mechanisms and it can range from mildly foul to extremely malodorous, based on the snake’s diet. For good reason, garden snakes are considered the smelliest type of snake.

The snake’s diet consists of creatures that humans consider pests, like mice, grasshoppers, and slugs. For this reason, it is beneficial to humans to leave the snakes in gardens, greenhouses, or residential areas where found. Garden snakes’ habitats are generally parts of central Texas, Kansas, and South Dakota where they have access to plenty of food. So if you see one in your garden, it is actually helping you to keep your plants healthy. It is also likely to keep mice out of your house.

Texas garter snakes are not venomous to humans. But they do have enough venom in their saliva to subdue small prey. The snake has no fangs to inject their venom. Instead, this low poisonous dose enters the prey’s bloodstream directly through the snakes saliva and the bite wound made with small teeth.

How do Texas garter snakes hunt?

Like other common garter snakes, the Texas garter snake ambushes its prey. The snake has a keen sense of smell and excellent vision to detect insects, amphibians, small rodents and other prey. It uses lightning-fast reflexes to lash out at the passing meal.

Texas garter snakes are docile around humans but aggressive to prey. Humans can easily handle one of these snakes without fear. Sometimes the Texas garter will bite a human, but that bite is not generally dangerous to people. The snakes do emit a foul-smelling musk from its cloaca, however.

Where do Texas garter snakes live?

Texas garter snakes live mostly in the state of Texas. But they are also often found in Kansas and as far north as South Dakota. Within these regions, the snake’s preferred habitat is near a water source. They are usually seen beneath plants, in damp soil next to streams, or under wood piles or other debris.

What do Texas garter snakes eat?

Can a Texas garter snake hurt you?

A Texas garter snake cannot usually hurt you. They have tiny teeth but no fangs. These teeth are sometimes capable of puncturing human skin but do not cause major wounds. The biggest threat to humans is entry of bacteria from the snake’s mouth into the bite wound, causing an infection. If some of their venom enters the wound, you may experience temporary swelling and irritation.