The zebra snake is a black-hooded species of spitting cobra native to several of the southern countries of Africa. 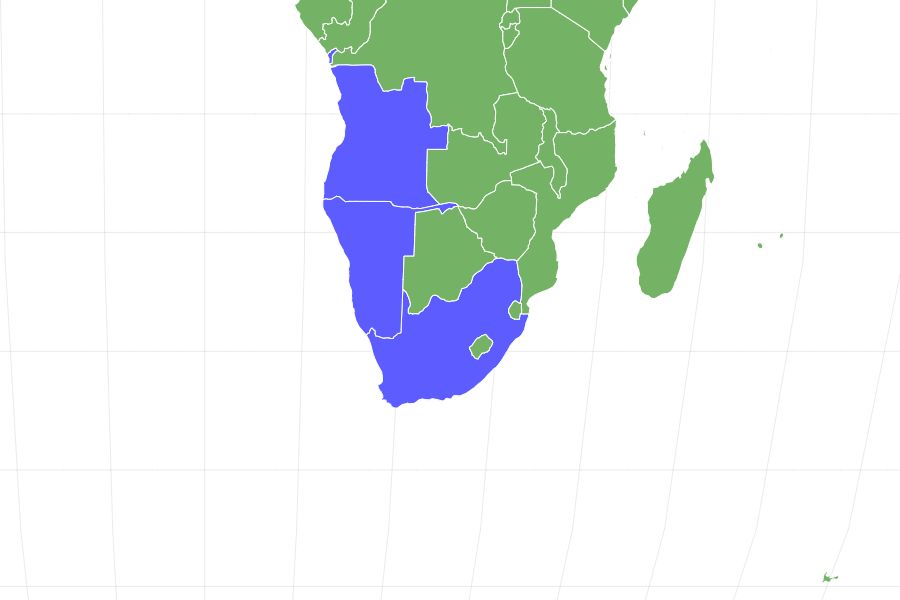 View all of our Zebra Snake pictures in the gallery.

View all of the Zebra Snake images!

The zebra snake is a black-hooded species of spitting cobra native to several of the southern countries of Africa.

The zebra snake is nocturnal, can swim, and its cytotoxic venom is extremely dangerous.

Where To Find the Zebra Snake

The African zebra snake can be found all over the southern parts of Africa, including in Namibia , Angola and South Africa . These spitting cobras may live in shrublands, deserts, rocky areas including mountains and cliffs, and also in the savanna. Western barred spitting cobras can be found on or under rocks, hanging in or climbing trees, swimming in bodies of water, or hiding in tall grasses.

The scientific name for the zebra snake, or western barred spitting cobra, is N. Nigricincta . “Naja” means cobra and “nigricincta” means black in Latin. There is some debate as to whether they are a subspecies of the Black-necked Spitting Cobra, Naja nigricollis whose name means “blackfish cobra.”

According to the ICUN Redlist, the African zebra snake is listed as being of Least Concern. Their population is listed as stable and they have few if any natural threats and none determined by the ICUN. They were last assessed for the Red List in 2019.

How To Identify Zebra Snake: Appearance and Description

A fully grown zebra snake is approximately four feet in length, but a baby zebra snake is born at a foot long, so their size may not help identify them. The zebra snake is most easily identified by its black cobra hood and the stripes from which it gets its name, black and white “zebra” stripes which band the length of the zebra cobra’s body. The head and hood of the zebra snake are both solid black, with no white stripes or bands.

Zebra Snake Venom: How Dangerous Are They?

Given their potential nine foot venom spitting range and their preference for spitting from hidden locations, a zebra snake should be considered quite dangerous. The cytotoxin they spit can cause a range of injuries. “Cytotoxin” means a poison that destroys cell tissue. This means it is extremely dangerous to have a zebra snake spit on one’s skin or especially in one’s eyes. Some of the effects of the toxin are pain, swelling, necrotic tissue, blindness, paralysis and in rare cases even death. The African Snake Bite Institute rates their venom as “very dangerous.” In case of contact with their venom, affected eyes and skin should immediately be flushed well with running water and medical attention should be sought.

The African zebra snake is not highly aggressive unless they are cornered or about to lay eggs. However, they will defend themselves when a human comes upon them unawares and this can happen easily, since they like to hide on the ground, in trees and even swimming in river water. The effects of their venom can be quite severe, so precautions should be taken whenever venturing into their territory.

View all 11 animals that start with Z

Is the zebra snake venomous?

Yes, a zebra snake is venomous and spits a very dangerous cytotoxin, which is a poison that destroys cell tissue with contact.

While they do not attack unless cornered or provoked, yes, zebra snakes are aggressive when defending themselves, their eggs or their territory.

Is zebra snake a cobra?

Yes, a zebra snake is another name for the western barred spitting cobra, also known as the zebra cobra.

How long do zebra snakes live?

A zebra snake can have a lifespan over 12 years.

What is the habitat of a zebra snake?

The zebra snake lives in deserts, shrublands, savannas and rocky regions such as cliffs and mountains.

How far can a zebra snake spit?

A zebra snake is capable of spitting venom up to three yards away.