Can You Kill Mice With Salt? Should You?

Written by Kyle Glatz
Published: July 31, 2022
© Liz Weber/Shutterstock.com
Share this post on:
More Great Content:
Baby Mouse vs Baby Rat: What’s the…
How Many Mice Are In My House?…
Syrian Hamster Lifespan: How Long Do Syrian…
Chinchilla Lifespan: How Long Do Chinchillas Live?
Does Vinegar Repel Mice?
Hamster Teeth: Everything You Need to Know
↓ Continue Reading To See This Amazing Video

Mice can be terrible pests, and you may find yourself needing to get rid of an infestation. While you can trap and relocate them, a more permanent solution can be preferable. In this case, you may need to find effective ways to kill them. Many people are looking for a natural solution, like salt. Can you kill mice with salt? And should you try?

We’ll help you understand how salt can be used as a form of pest control and whether you should use this item in that endeavor.

Why You Need to Stop Mouse Infestations

Before we look at the efficacy of salt as a pest control agent, you need to understand why you must stop mice infestations. Mice may seem like relatively harmless creatures in that they are often out of sight for human beings. Yet, they are rather insidious rodents when you look at their behavior.

Two things that mice can do put you and your family in danger:

Mice don’t need to bite you to spread diseases, though. They can pass deadly variants of hantavirus through their urine and feces. These are found in some of the most common mouse species, too, including the deer mouse and the white-footed mouse.

As if that is not bad enough, mice also have a horrible tendency to chew on wires. They’re not trying to burn your house down, but they do like to use them to grind their constantly growing teeth. 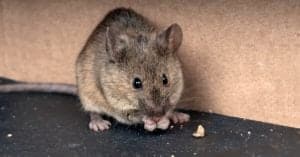 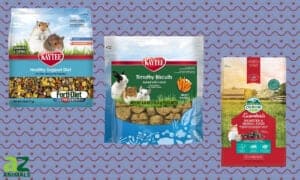 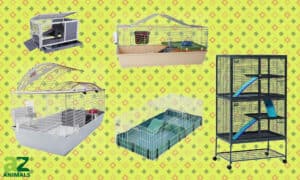 The end result is never pretty. Mice can significantly damage the wires in your home. They may also cause fires or shock themselves to death and leave their decaying body in the wall where it will smell. Although electrical fires from rodents are rare, it’s another reason to get rid of mice quickly.

Can You Kill Mice with Salt?

Yes, you can kill mice with salt, but it’s a fairly difficult process. Like their rat brethren, mice will die if they consume too much salt and lack access to water. They need to consume about 80 grams of salt, and then they will suffer neurological and physiological problems leading to deafness, blindness, and muscle paralysis. Eventually, they will succumb to the salt that is acting as a poison.

That sounds great, right? Well, a few problems exist with using salt as a poison. First, you need the mice to eat it. The thing is that mice don’t really have a preference for salty foods. Getting a mouse to eat that much salt will be incredibly hard.

The other thing that’s even harder to do is to cut mice off from all water supplies. If they eat some salt and then drink water, the effects will be undermined. So, using salt to kill mice is a very ineffective method requiring much more work than traditional poisons. Unless you can guarantee the mice will eat the salt and drink no water, it will not work.

So, the second part of the question we posed at the beginning is: should you kill mice with salt? The answer is: no. Mice aren’t going to scurry over to a bowl of salty crackers and eat 80 grams of the stuff. If they did eat all that salt, it would be a rather terrible way for them to die.

What Are More Effective Ways to Kill Mice?

Although salt is not a great way to kill mice, more effective methods exist. If you’re set on poisoning the little rodents, then you have many options. Mice poison comes in small, bright chunks or pellets. The poison is designed to attract mice.

They’ll sneak out of their hiding spots and get into your pantry, where you have laid the poison. About 50 percent of rodents die from eating the poison, but they don’t always die on the first try. Sometimes, they need to eat the poison a few times before it takes hold of them.

Even if they do die, it doesn’t happen right away. They die slowly as a result of the poison acting as an anticoagulant. That means the mouse dies of internal bleeding.

Poisons are very effective. However, they come with some drawbacks. If the mouse consumes the poison and is eaten by another animal, like a pet, then the pet could become seriously ill. Also, since most rodent poisons are bright-colored, they’re attracted to children. You need to make sure you’re using mice poisons in a safe environment.

Another highly effective way to kill mice is by using traps. Several types of traps exist, but two of them stand out as very effective.

The old-fashioned snap traps are very effective at killing mice. You add bait to them, mice eat the bait and activate the trap, and a metal or plastic bar snaps down and kills them. Unfortunately, those might catch a leg rather than the head, so the mouse may not pass immediately.

Electric traps work by activating a plate when the mouse enters to shock them. This is effective and instant. However, some problems with traps exist.

The Trouble with Trapping

Trapping pests may seem better than poisoning them and waiting for them to die. A few problems with traps exist, including:

These are some of the biggest problems that come from trapping mice. When traps work, though, they can be very effective at removing your rodent problem. Your best bet is to evaluate the rodent problem you have. If you have a single mouse sneaking into your pantry, use a trap.

You may want to overlap your methods if you have a massive infestation. That means using traps in conjunction with poison to get the best results. Of course, all these killer methods are only useful if you take measures to seal your home. You need to prevent future incursions at their sources. Seal up small cracks, fix your busted window, and look for holes in places around your roof.

So, can you kill mice with salt? You’d have a better chance at dropping a brick of salt on them than getting them to eat enough to die without drinking. Still, many other methods of culling mice populations exist. Just choose the one that suits you best.