Are There Mountain Lions In Arkansas?

There are countless tales about mountain lions (Puma concolor) thanks to the animal’s elusive nature and skilled hunting. Depending on which region of the Western Hemisphere you call home, you may know the cats as pumas, panthers, cougars, or catamounts. At one time, they lived throughout the United States. But over time, the population rapidly diminished and is now only found in 15 states. Is Arkansas one of the areas that still have a thriving mountain lion population?

In this article, we look at whether or not there are mountain lions in Arkansas. And we also take a brief look at some basic facts about the impressive animal.

Where Do Mountain Lions Live in Arkansas?

Mountain lions used to live throughout Arkansas. They were common until the 1920s. But there is no record of when the last mountain lions either left or got killed. So state officials are unsure when mountain lions got extirpated from the state. They do know that no large cats got killed during a period when the Arkansas Game and Fish Commission paid bounties for predators. From 1927-1929, the agency offered hunters sizable bounties to control the population of predators. And no one turned in a mountain lion.

So, there has not been a confirmed breeding population of mountain lions in Arkansas for at least a century, if not longer.

While there is no longer a local population of mountain lions in Arkansas, that does not mean there are no mountain lions in the state. Wildlife officials receive regular reports of possible mountain lion sightings. They investigate any photographic evidence and reports that contain possible physical evidence.

Between 2010 and 2018, there were 14 documented and confirmed mountain lion sightings. One of the most interesting mountain lion sightings happened in 2014. A deer hunter shot and killed a mountain lion in Bradley County. It was a 148-pound male. State officials conducted DNA testing on it and had some fascinating results. They concluded it was likely the mountain lion spotted in Marion County a few months prior. Additionally, DNA evidence showed that the male almost certainly came from the Black Hills population. So it traveled a huge distance, presumably looking for a new home territory.

In 2018, biologists investigated a trail camera photo submitted by a private landowner. They confirmed the image showed a mountain lion. However, that is the last confirmed sighting acknowledged by the Arkansas Game and Fish Commission.

When they receive a report of a possible mountain lion sighting, a biologist will investigate any physical or photographic evidence. If a photo or video gets captured by a trail camera, wildlife officials will often visit the location to try and determine the veracity of the image. They use a full-size cutout and place it in the same spot the animal got caught on film. One of the reasons they do this is because photographic evidence can play tricks on the eyes, especially in low-light or dark periods.

Often, what someone thinks is a mountain lion, turns out to be a different animal entirely. People frequently mistake bobcats, domesticated cats, and dogs for mountain lions.

Many people mistake other animals for mountain lions because it is hard to comprehend how large the predator is. They range between 80-225 pounds and can get as long as 9 feet. Adult males are the largest, coming in at an average of 140 pounds. However, even adult females are bigger than one may think, as they average 80-90 pounds.

Mountain lions have beige or tawny fur that can sometimes take on a reddish-orange hue. Their chests and underbellies are white. And they have black on the tips of their tails and ears, as well as their snout and eyes.

They are solitary animals whose territories rarely overlap. Males and females come together during mating season, and adult females care for their kittens until they are old enough to venture out on their own. Other than that, they stick to their large home territories. Adult males claim up to 100 square miles, while adult females don’t typically go beyond 60 square miles.

The predator has the widest habitat range of any mammal in the Americas. The large cats live in regions from the southern tip of Chile up to the northern edge of the Yukon. And mountain lions live in nearly every environment, including forests, wetlands, mountains, and deserts. They are just as happy at 10,000 feet as at sea level, as long as there is enough food for them.

A mountain lion’s preferred prey is a larger game, like deer. However, the predators will also hunt smaller animals like coyotes, raccoons, and even mice. 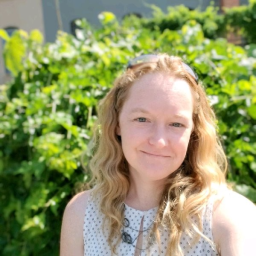 Jennifer is a writer, Nutritionist, and Herbalist, and hobby gardener. She is passionate about writing and enjoys digging into new, unique topics. When not glued to the computer screen, she loves hanging out with her kids, working in her garden, and crafting crazy culinary delights.

Does Arkansas have panthers?

Florida panthers used to live in Arkansas but were believed extinct. However, in 1949 one was shot and killed in Montgomery County. It was most likely passing through, though, as a small population still lives in Florida.

Where are mountain lions located in Arkansas?

There is not an established mountain lion population in Arkansas. But most of the sightings are clustered in two main regions – southern Arkansas and the northwest corner of the state.

What time of day are you most likely to see a mountain lion?

Mountain lions are primarily active from dusk to dawn. If you live in mountain lion territory, it is best to avoid outdoor activities during these times.