Galina Savina/Shutterstock.com
Share this post on:
More Great Content:
What Kills Bed Bugs Instantly?
How To Get Rid of Roaches Overnight
Carpenter Ants vs Black Ants: What’s the…
Where Do Bees Go In The Winter?
The 10 Largest Grasshoppers In The World
Types of Beetles: The Complete List

If you happen to notice small reddish-brown or black beetles coming out of nowhere during late spring until early summer, then what you are probably seeing are June bugs. June bugs are small insects that typically appear around these seasons, thus their name. These insects are most active during the night and are easily drawn towards lights coming from homes and gardens in residential areas. More than 900 different species of June bugs seem to come out during the same season and magically disappear again by the end of summer.

Unlike other insects that are harmful to humans, June bugs are not as big of a deal because they do not sting or bite, and they look as simple as most beetles. As June bugs are also more active during the night, it is less likely for them to come across people. However, while June bugs don’t really infest homes and hurt humans, they are still a huge threat to plants and gardens, especially when there are swarms of them. The damage they can bring to crops and plantations is surely massive. This leads us to the question, what do June bugs eat?

What Do June Bugs Eat?

For both gardeners and farmers, June bugs are a common nuisance, with their preferred host plants varying depending on the species of June bug. Generally, the larvae of all species pose the most threat to plants and lawns.

June bugs can cause great harm to crops and vegetation as they often feed on foliage of leafy plants and flowers at night. Although their adult stage cannot cause that great of a harm since they usually do not eat too much of a tree, flower, or plant to bring about serious damage, their larvae, called white grubs, eat crops such as corn, grains, and potatoes which can disturb healthy vegetation.

These larvae are also considered pests by many farmers as they often feed on the roots of grass and other plants, leaving huge damage and wide spots of dead grass in lawns and pastures by cutting and chewing grasses off of their roots from beneath the soil.

White grubs are also not too choosy when it comes to the plants they eat. They will pretty much chew on any plant roots they see fit for their diet.

Various species of June bugs have different preferences on food. There are a number of June bug species that like to feast on a variety of fruits and vegetables that are widespread in many areas. The Japanese beetle, for instance, loves to eat strawberries and peppers.

Are June Bugs Good for Anything?

Despite the fact that June bug larvae are obviously a huge problem for farmers and gardeners, they still play an important role in enriching ecosystems. By chewing roots of grass, they fill themselves with rich nutrients that are then converted into calories, thus making these insects calorie-filled, which are good for many animals who feed on them.

However, these animals like raccoons and moles who feed on white grubs often claw at the ground and dig holes on lawns while foraging for larvae, leaving mounds of soil behind them and therefore adding up to the already big infestation problem.

Wild animals like moles, skunks, raccoons, and some bird species often eat June bugs and white grubs. June bugs are also a good source of food for many insects, such as the American pelecinid wasp.

The American pelecinid wasp (Pelecinus polyturator) is one of the most common insects that feed on June bugs. These wasps can grow up to 2.75 inches, whereas June bugs can only grow up to 1 inch. Typically found in parts of Northern Argentina and Southern Canada, American pelecinid wasps use their elongated ovipositor, a tubular organ for female insects to lay eggs, and deposit their eggs on white grubs. These white grubs will serve as food for the newly hatched wasps afterwards.

June bugs and white grubs are a good source of protein and fat for many vertebrates. They are filled with rich protein, about 40 to 50 percent, as well as fat, about 7 to 18 percent. June bugs are eaten by a wide variety of wild creatures, including moles, raccoons, skunks, and a number of bird species. These animals, however, often damage crops, gardens, lawns, and even golf greens when digging or foraging for June bug larvae.

Apart from these mammals and birds, a Canadian study also observed that around 29 species of insects feed on June bugs.

Although rare, June bugs can actually be eaten by humans. Like crickets and mealworms, June bugs are completely edible and safe for human consumption.

Both adult June bugs and white grubs can be consumed, although June bug larvae are frequently more nutritious than June bugs as adults. Many people also prefer to consume June bugs in their larval stage rather than adults as they testify that white grubs taste better than the adult ones.

Fire-roasted June bugs were a traditional food of the Bear River natives in northwestern California. Nowadays, June bug larvae can be harvested from the ground, while adult ones can be gathered from lights. Jonathan Bobryk of Nova Scotia even dubbed June bugs as “croutons of the sky” as they are usually crushed and baked into biscuits or sprinkled over salads. Some dishes also include white grubs stuffed with cheese and wrapped around with bacon.

Are June Bugs Dangerous to Humans?

June bugs do not sting, bite, or even spread and cause diseases. Therefore, adult June bugs are basically harmless to humans and other animals. 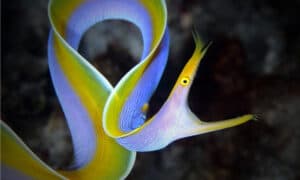 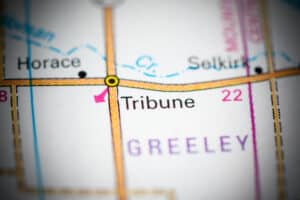 What Do Smallmouth Bass Eat? 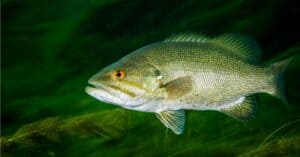