What Lives at The Bottom of The Mariana Trench?

Imagine a mountain taller than Mount Everest. Or a canyon fives times larger than the Grand Canyon. Now, picture it in the deepest part of the ocean in a place untouched by humankind. That is the Mariana Trench. Could anything live in such a place? And if so, what kind of Mariana Trench animals are you likely to find?

Discover what lives at the bottom of the Mariana Trench, including how it formed and exciting facts that most people don’t know about this mysterious place.

What is the Mariana Trench?

A trench is a long, deep depression on the ocean floor that typically runs parallel to a plate boundary. The Mariana Trench, or Marianas Trench, is in the western Pacific Ocean about 124 miles east of the Mariana Islands. The Mariana Trench is the deepest oceanic trench on earth.

This scar-shaped trough has a maximum depth of 36,037 feet, almost seven miles. The deepest part of the ocean known to man is at the southern end of the trench, the Challenger Deep, with a depth of 36,201 feet (unrepeated measurements). To date, there have only been 12 dives into the Mariana Trench, totaling 22 people.

While the water at this depth is frigid, around 34° to 39° Fahrenheit, the intense pressure is what makes this area so dangerous. The pressure is 1,000 times higher than the standard sea-level atmospheric pressure.

How did this cryptic, dark trench form, and what perplexing creatures live inside?

How Did the Mariana Trench Form?

The seafloor of the western Pacific is 180 million years old, some of the oldest in the world. This ancient crust contains thin plates that float on molten rock (mantle). Sometimes these plates crash into each other, which causes one plate to plunge into the mantle while the other rides over the top.

This process is known as subduction, and the movement causes trenches, volcanoes, earthquakes, and tsunamis to form. The Mariana Plate and the Pacific Plate are responsible for creating the Mariana Trench, which sits on this subduction zone.

What Lives at the Bottom of the Mariana Trench?

Mariana Trench animals include xenophyophores, amphipods, and small sea cucumbers (holothurians) which all dwell at the bottom of the ocean’s deepest depression. Animals living in these depths survive in complete darkness and extreme pressure, consuming chemicals (like methane or sulfur) or those farther down the food chain.

Scientists studied these creatures found on video footage from the James Cameron 2012 expedition. Unfortunately, there is not much evidence to work with due to the extreme dangers of exploring the deep sea. With over 80% of the ocean unexplored, the possibility of new species is immense.

Xenophyophores (“bearer of foreign bodies”) are giant deep sea amoebas among the world’s largest living single-celled organisms. These protozoans live in the deepest parts of the ocean, and not much is known about them because their delicate frames make them hard to collect for research.

They secrete glue-like strings of their fecal matter that attach to minerals and other objects in the environment like skeletal remains and use it to form an exoskeleton known as a test. Xenophyophores move along the sea floor like slugs and have no known predators.

Amphipods are small crustaceans found all over the ocean, but one species, in particular, inhabits this deep sea trench. The Hirondellea Gigas is a shrimp-like creature, around two inches in length, that eats fallen wood on the sea floor. These creatures can go without food for a long time but will eat almost anything and gorge themselves to the point of bursting.

These amphipods produce a wood-eating enzyme in their gut that scientists believe can be used to make ethanol. Ethanol helps manufacture drugs, plastics, and cosmetics.

Holothurians are a new species of luminous sea cucumber. And while these squishy creatures resemble a vegetable, they are actually animals closely related to starfish and urchins. Sea cucumbers are peculiar organisms with an unusual defense mechanism. When threatened, the sea cucumber contracts its muscles and forces its internal organs out of its anus.

The cucumbers observed in the deep trenches of the earth are a bright violet color and transparent. The most famous deep sea cucumber is nicknamed the “the headless chicken monster.” It may sound terrifying but watching this unusual species move through water looks like a strange yet graceful water ballet.

The Mariana Hadal Snailfish is the deepest fish species ever recovered from the Mariana Trench. Researchers caught this record-breaking fish 27,460 feet below sea level, and scientists theorize the maximum depth possible for fish is 27,900 feet. This species of snailfish adapted to live in extreme pressure and complete darkness. Its skin is transparent, it doesn’t have sight, and it is one of the top predators in the Mariana Trench.

Interesting Facts About the Mariana Trench

What is the deepest part of the Mariana Trench?

The deepest point in Mariana Trench is Challenger Deep. There is some debate about its exact depth with commonly used measurements at 35,827 feet. However, the Soviets reported a maximum depth of 36,201 feet during a 1957 dive. 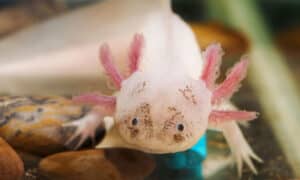 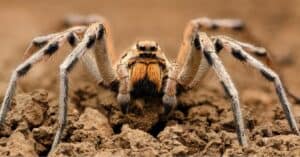