Blue Buffalo has been synonymous with quality pet food for over a decade. However, you’ll be surprised to know that this market leader was only established in 2002. Billy Bishop and his sons found Blue Buffalo to help their Australian Terrier, Blue (that had cancer), get the best quality dog food. Since then, the company hasn’t looked back, becoming one of the biggest pet food companies in the United States.

The company’s quality hasn’t diminished even after General Mills bought the company in 2018. While this company has stellar reviews from many consumers and pet food reviewers, is there any bad side to its products? This article will review the pros and cons of Blue Buffalo pet foods, their recall history, and an extensive review of the quality associated with their products. If you want to know anything about Blue Buffalo foods, this is your ultimate guide.

Since Blue Buffalo makes cat and dog products, we’ll review both in this section. While the dog and cat foods may have differing constituents, they both have a common ingredient: the LifeSource Bits®. This precisely prepared blend of vitamins, minerals, and antioxidants is included in all their recipes.

Also, they make sure to start all their dog and cat recipes with real meat. This is something many brands do not do well. However, Blue Buffalo ensures all their recipes get a good dose of real meat to satisfy the primal requirements of your furry companions. Now, Let’s move to our top dog and cat food picks. Where is Blue Buffalo Pet Food Made?

While its headquarters is in Connecticut, Blue Buffalo has other locations across the United States. These include states like South Carolina, California, and Missouri. Their only product made outside of the United States is the Chomp’ n’ Chow treats, produced in Ireland.

Although the company seems to have a chain of manufacturing sites, it is public information that they do not own all these sites. They outsource the reduction of some of their pet foods to other companies. However, the pet foods produced in the various locations are not disclosed.

What Type of Cats/Dogs is Blue Buffalo Suited For?

Blue Buffalo has recipes for different life stages of a dog. They ensure to include ingredients that help the dog get the nutrients important for healthy development. These recipes include:

Dogs with sensitive digestive systems might require a grain-free formula. Blue Buffalo makes grain-free recipes for both adult dogs and puppies. Examples of food in this category include the Freedom Grain-Free Formula.

This recipe is meant for pet parents whose dogs require a boost in their protein level. For dogs with an athletic frame, this recipe satisfies the protein requirements of their diet and helps keep them active and agile. Blue Buffalo’s recipes under the High Protein range could also contain specialized digestible meat types for people whose dogs are sensitive to some kinds of meat. Examples of recipes in this category include the Wildness Formula.

Like dogs, cats require a good portion of protein in their meals, and Blue Buffalo cat recipes ensure they fulfill this requirement. Examples of various recipes they have for cats include:

Blue Buffalo makes recipes with high protein portions to help cat parents wanting to build their furball’s muscles. Made with real chicken, their recipes give your feline friend the protein boost they need. Examples of recipes in this category include the Wilderness recipe.

They also make recipes for cats with a sensitive digestive system. Recipes under this category contain FOS prebiotics which aid nutrient absorption and healthy digestion. Food in this category also contains no corn, soy, or wheat. Examples include the Sensitive Stomach Chicken recipe.

Blue Buffalo makes food specifically formulated for kittens containing high-quality proteins for muscle development. The recipe also contains other supplements such as DHA and choline to support their immune system. Examples of such recipes include the Healthy Growth Kitten Chicken recipe.

You can easily find our Top Picks for both cat and dog foods from Blue Buffalo here:

The company’s pet food has raving reviews, but its recall history leaves much to be desired. While their cat food line hasn’t seen so many recalls, their dog foods have had a fair share of recalls.

Their first cat food recall happened in 2007 during the incident dubbed the Great Melamine Recall. Many pet food companies recalled their products at the time due to the contamination of their pet food with a toxic chemical known as melamine. At this time, Blue Buffalo made their food at a Chinese processing plant. After the incident, they moved all their production locations to the United States.

Apart from this event, the next cat food recall they had was in 2015, eight years after. They had to recall some of their cat treats due to the presence of propylene glycol, a blacklisted substance by the FDA.

Blue Buffalo’s dog food recall is quite the long list involving occurrences in multiple years. These recalls include:

In May 2016, Blue Buffalo recalled their Life Protection Formula Fish and Sweet Potato Recipe dog food for mold contamination. However, they only recalled products with the expiry date of April 11, 2017.

Besides its recall history, Blue Buffalo has also had a fair share of controversy and lawsuits. In 2014, Purina (another dog food company) accused the company of false advertising. Purina claimed Blue Buffalo’s foods contain animal by-products as opposed to their claims. In 2015, Blue Buffalo did agree to its products containing some amount of animal by-products at the time. However, they blamed it on their raw material supplier, whom they also sued.

Although they were supposed to pay a fine worth around $32 million, they settled under mutual terms with Purina. However, this was not the last of controversies surrounding the pet food company.

In 2019, FDA named them among 16 other pet food brands whose pet food might be linked to increased occurrence of dilated cardiomyopathy in dogs and cats.

A customer sued Blue Buffalo in 2020 for including more carbohydrate portions in their food than they let on. He sent a pack of their Blue Wilderness food to an independent testing lab. From the results, the food contained more carbohydrates in a pack than a wolf would ever eat in its lifetime. This contradicted their holistic approach claims as regards their products.

It is therefore evident that Blue Buffalo has had its name shrouded in controversies for a while. Thus, if you intend to purchase any of their products, you might want to check out recent news about them before making a decision.

When it comes to quality in the pet food industry, Blue Buffalo is up there with the best. However, they have been associated with a number of controversies and recalls for the better part of the last decade. Hence, it is advisable to be cautious when purchasing pet food from the brand. It is also worthy to note that they haven’t had a recall in the past four years, so maybe they have left all the problems behind them.

Best Dog Foods for French Bulldogs – Looking for the best diets for your furry friends? This article is your guide.

Best Toys for Cats – Need toys to keep your little furballs occupied? The options here should do the trick.

Is Blue Buffalo good for dogs and cats?

The cat food line of Blue Buffalo is more trusted as it has seen fewer recalls over the years. However, their dog food line has been shrouded with a lot of mystery, and it is advisable to tread cautiously when purchasing Blue Buffalo dog food.

Has Blue Buffalo Ever had A Recall?

Yes! Blue Buffalo has had its fair share of the need to take off some of its products on the market. However, they’ve not had any recall for over four years. 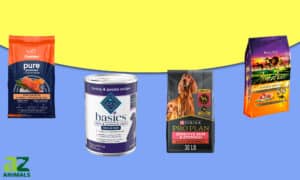