The Alaskan Klee Kai is very vocal and isn't shy when communicating with his family.

Name Of Young
Puppy
Fun Fact
The Alaskan Klee Kai is very vocal and isn't shy when communicating with his family.
Most Distinctive Feature
the contrasting colored facial mask with the well-defined nose bar down the center of the muzzle, and goggles around the eyes
Litter Size
1-5 puppies
Diet
Omnivore
Origin
Alaska

Alaskan Klee Kai as a Pet:

Click through all of our Alaskan Klee Kai images in the gallery. 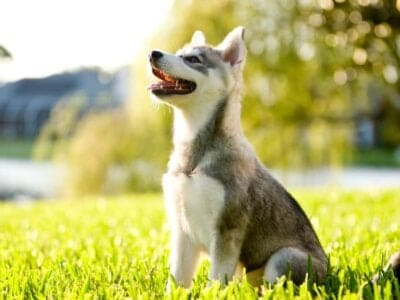 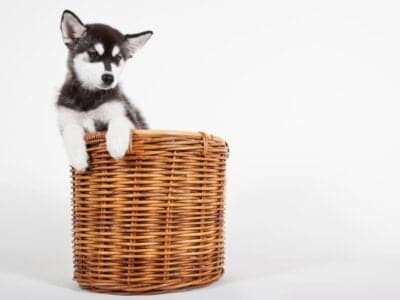 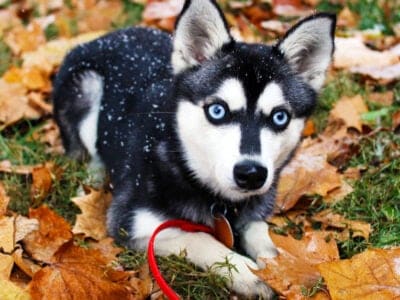 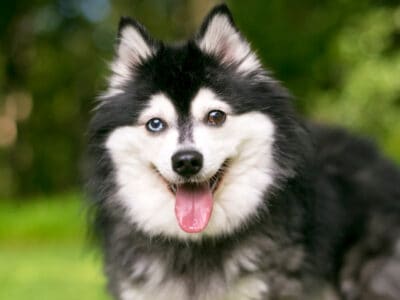 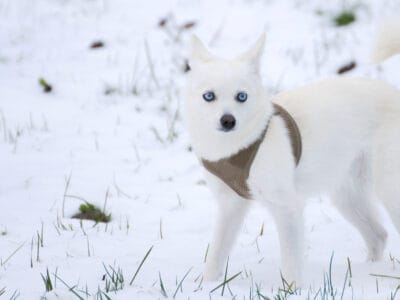 View all of the Alaskan Klee Kai images!

With an appearance similar to his larger ancestors, the Siberian and Alaskan Huskies, the Alaskan Klee Kai is an active companion for those who can provide the level of exercise these pups require.

The breed comes in three varieties, divided by size. This means you have the choice between the toy, the miniature, and the standard. While their size varies, they are similar in other ways. They are intelligent and can be stubborn. They are hardy and typically aloof with those they don’t know.

Some commonly believed facts about the breed are not true. It is not simply a miniature Husky, but its own distinct breed. The breed developed in the mid-1970s, developed in response to those who loved the Siberian Husky but wanted a more compact breed. Although the breed is established and was recognized by the American Kennel Club in 2020, it is still considered rare.

The small size of the breed, which is around 700 dogs, means that there are not many mixes available. Some people have crossed the dog with the Havanese. The resulting offspring are known as Hava Klee.

The Alaskan Klee Kai is divided into three categories by size. The only difference between the toy, miniature, and standard dogs is their adult height. Other specifications, such as temperament and coat markings, are identical.

The coat color and appearance of the Alaskan Klee Kai are similar to that of a Husky. Their main color is either gray, black, or red with contrasting white color inside the ears, on the lower face, chest, abdomen, and feet.

Health and Entertainment for your Alaskan Klee Kai

3 Pros and Cons of Owning an Alaskan Klee Kai

The Alaskan Klee Kai is divided into toy, miniature, and standard. Their size and weight determine which class they are grouped in.

One of the facts that have prevented many genetic conditions in the breed is their lack of popularity. Since it is not a highly popular breed, it has been saved from some of the over-breeding damage that has affected other breeds. However, the small gene pool of the Alaskan Klee Kai makes it very important to get your pup from a reputable breeder or rescue.

Some health conditions that the Alaskan Klee Kai is prone to include the following:

Cautious or even aloof around strangers, the breed is attentive and loving with his family. He can be nervous around small children, so spending time on socialization is important. The Alaskan Klee Kai’s alert nature makes him an excellent watchdog.

How To Take Care of an Alaskan Klee Kai

The Alaskan Klee Kai is an attractive, personable dog, which makes it a popular choice for those looking for a companion. It is important to keep in mind that the breed needs regular exercise, can be stubborn and requires socialization to prevent shyness. While they are a great pet for many people, they aren’t always the best choice for a first-time dog owner.

Plan to feed your pup at least twice a day. The amount you feed is determined by the adult size of your pup— standard pups will eat more than toy-sized pups. Regardless of how much and how often you feed, be sure your pup has access to clean, freshwater as well.

The breed has a double coat. To minimize hair in the house and keep him looking his best, plan on grooming him a few times a week. He will also experience significant shedding twice a year when they lose their undercoat. Plan on daily brushing for the week or two this happens each spring and fall.

This breed is smart but can also be stubborn. The combination makes training a challenge for the inexperienced pet owner. Enrolling in a puppy training class as soon as possible or working with experienced training can ease frustration for both you and your dog. Patience and short, frequent training sessions typically yield the best results.

Although he isn’t a large breed, he is very active. A fenced yard that allows him to burn off energy while keeping him safe is important. Active play is necessary, left alone in the yard for long periods, his boredom may take on destructive tendencies.

The litter size of the Alaskan Klee Kai is between one and five puppies. One of the facts that drive up prices on the breed is the scarcity of available pups. One option is searching for a dog available for adoption. Rescues are often home to young dogs who ended up not being a good fit for their initial family.

Alaskan Klee Kais are good companions for families with children. Their high energy level and love of play make them a rewarding pet, particularly for those with a fenced yard.

Due to the small number of Alaskan Klee Kais available each year, from either breeders or rescues, you may be curious about similar breeds. The American Eskimo Dog and Keeshond are both smaller dogs, bred for companionship, that have a similar appearance.

Many people assume that the Alaskan Klee Kai is a Miniature Husky, but that isn’t true. They are a distinctive breed, developed as companions, while Huskies are a working breed. While the Siberian Husky was used in the development of the Alaskan Klee Kai, other breeds, such as the Spitz, were as well.

Some common traits shared by the two breeds include their tendency toward slow recalls, which means neither breed should be trusted off lead, and their ability to escape from yards, kennels, and other types of confinement.

Differences between the breed, along with size, include temperament and trainability. While the Siberian Husky is a friendly, sociable pup, Alaskan Klee Kais require frequent socialization from a young age and tend to be shy. The Alaskan Klee Kai is also more trainable than the independent and distractable Siberian Husky.

Finally, the Siberian Husky’s average litter size is larger, at between 4 and 8 puppies.

The celebrity couple Joe Jonas and Sophia Turner own an Alaskan Klee Kai, as does Bill Bellichick, head coach of the New England Patriots.

How much does the Alaskan Klee Kai cost to own?

The price of an Alaskan range from $1500 to $3000. They are generally a healthy breed, but be sure to budget for training lessons. They have a relatively long lifespan, so acquiring one is a commitment. Small litter size and the recent addition to the American Kennel Club mean you may wait a while to find a puppy.

Is the Alaskan Klee Kai good with kids?

The playful energy of the Alaskan Klee Kai makes it a great companion for children.

How long does the Alaskan Klee Kai live?

The average lifespan of the breed is between 13 and 16 years, with some individuals being reported to live up to 20 years.

The breed is companionable and loyal. As long as you can provide sufficient exercise and handle their stubborn streak, they make a great pet. The high price and low supply make them difficult to acquire.

What is bad about an Alaskan Klee Kai?

The breed can be stubborn, so training is a must. They are also escape artists and can be shy if not well-socialized. This is not a good choice for you if shedding bothers you.

What are Alaskan Klee Kais mixed with?

Breeders developed the Alaskan Klee Kai through careful mixing of Siberian and Alaskan Huskies with the American Eskimo, Spitz, and Schipperke to create a breed that looks similar to the Siberian Husky but smaller and for use as a companion.

Are Alaskan Klee Kais easy to own?

For a dog owner with experience training, and who has time to provide daily exercise, the Alaskan Klee Kai makes a nice companion. Its stubborn nature, frequent shedding, and desire to roam make it a more high-maintenance choice than many breeds.