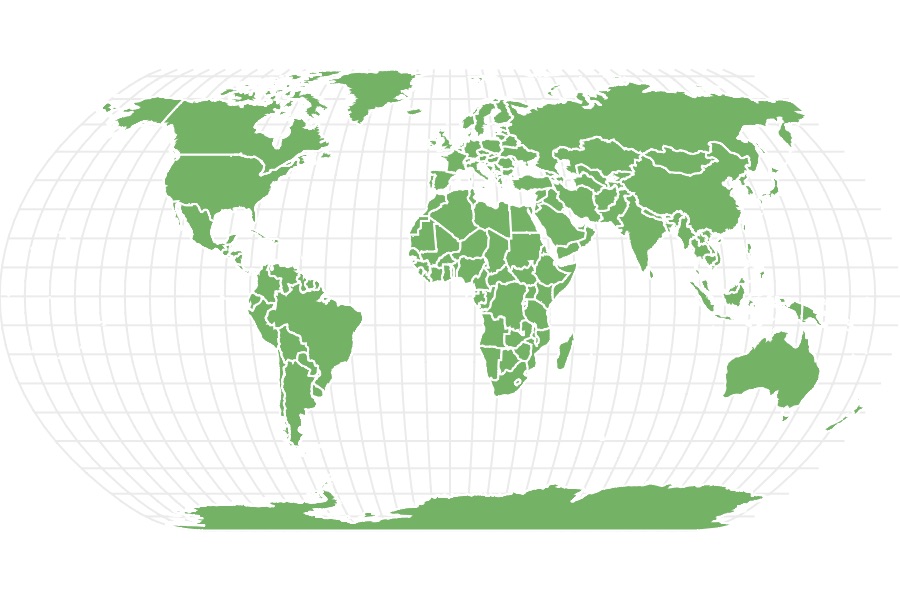 View all of our Babirusa pictures in the gallery.

View all of the Babirusa images!

Babirusas are also called deer-pigs because they look like swine (pigs) and have tusks similar to the antlers of a deer. These animals are omnivores eating a diet of plants, fruits, berries, insects, and carrion. They live on the Sulawesi, Sula, Buru and Togian islands in Indonesia. They can live up to ten years old in the wild.

Babyrousa celebensis is the scientific name for the babirusa. This type of babirusa is also known as the North Sulawesi babirusa. The Malaysian word babirusa translates to deer-pig. They have the appearance of a swine as well as antlers like a deer. They belong to the Suidae family and the Mammalia class.

There are four species of babirusa. Besides the North Sulawesi babirusa there are the:

Babirusas have brown or grayish skin with a sparse amount of hair on their body. Their long, rounded body has been compared to the shape of a torpedo! Plus, they have slender legs similar to those of a deer. These mammals can grow to a height of two to three feet and can be three to three and a half feet long. Furthermore, they can weigh from 132 to 220 pounds. A three-foot-tall babirusa is equal in height to two and a half bowling pins stacked on top of each other. A 220-pound babirusa is equal in weight to two-thirds of an adult panda bear. Out of all the species of babirusa, the North Sulawesi babirusa is the heaviest at 220 pounds.

The most well-known feature of this mammal is its tusks. It has two tusks on the lower half of its snout and two on the upper half. Though they are called tusks, they are actually canine teeth. On its upper snout, the babirusa’s canine teeth grow, break through the skin and curve upward and back toward the babirusa’s eyes. In fact, these curving teeth (tusks) can grow so long, they can actually penetrate the skull of this animal eventually causing death.

Babirusas have four-pointed, strong hooves that they use to dig. They dig up insects, insect larvae, plants, and roots. Also, when two males are fighting in competition for a female, the males use their hooves to strike each other. They rear up on their back feet, smashing into each other, kicking their hooves. It is a fierce and noisy competition!

Humans and feral, or wild, dogs are the only predators of adults. These mammals can run at speeds of up to 30mph. So, when they encounter a human or a feral dog, these shy mammals run and hide in a swampy area or rainforest. Their dark skin allows them to blend in with their muddy, swamp habitat.

Most males are solitary. Alternatively, females are social creatures living in groups of 80 or more babirusas. This large group includes only females and young babirusas.

They live on islands in Indonesia including Togian, Sula, Buru, and Sulawesi. Wild babirusas don’t live anywhere else in the world except on these islands. These mammals live in a moist, tropical climate in swamps and in rainforests, near rivers. They take shelter in the underbrush and in canebrakes.

These swine roll around in the mud in order to cool themselves in this humid climate. This is also an effective way to get rid of any parasites on their skin. Another interesting behavior of these swine is called plowing. A male babirusa lowers itself to its knees and pushes its nose through the sandy ground. The babirusa has its mouth open and takes in the sand while releasing foaming saliva. This is strange behavior that scientists haven’t fully figured out. But they think plowing may be a way for a babirusa to mark its territory with its scent.

In addition, these animals are great swimmers so they tend to live near rivers. They’ve been known to swim a long distance from one island to another.

These animals are omnivores. Oftentimes, they use their hooves to dig in the ground in search of insects or larvae. They can stand on their back hooves supporting their body in order to eat leaves off the lower branches of a tree.

What does a babirusa eat?

These animals eat a diet of plants, leaves, fruit, berries, insects, tree bark, and sometimes carrion. They eat fruit and berries off the ground. They dig for insects and pull bark off trees. If they find a dead animal (carrion) on the ground, they may eat it. It all depends on what food source is most plentiful in their swampy habitat at the time.

What eats a babirusa?

The animal’s only predators are humans and sometimes feral dogs. Some Indonesians hunt for babirusas in order to eat them.

The conservation status of the animal is Vulnerable with a decreasing population. The future of this mammal is at risk due to habitat loss as a result of logging activity. Poaching is another threat to these animals despite the existence of laws protecting them. Some locals even capture young babirusas and tame them to keep them as pets!

The mating season of the deer-pig goes from January to August. Males fight one another in competition for females. It would seem logical that the males would use their upper and lower tusks as weapons when fighting for a female. But, in reality, their tusks are easily cracked and broken. In fact, they will purposely move their heads to the side while they are fighting so their tusks won’t smack together. So, males use their pointed hooves and the overall strength of their bodies to fight in order to determine the strongest male. The most powerful male mates with several females.

Some scientists believe that the curved tusks on the upper part of the snout serve to protect the animal’s eyes during this competition for females.

The gestation period is 155 to 158 days. A wild boar, another member of the Suidae family, has a shorter gestation period of 115 days. Females give live birth to one to two babies in a litter. Each newborn baby, aka a piglet, weighs from ten to 15 pounds. Some babies as young as three to ten days old start to eat solid foods. However, they will likely continue to nurse until they are completely weaned at six to eight months of age. Once they are weaned, they become independent.

Though these animals can live up to ten years in the wild, they have been known to live up to 24 years in captivity.

According to the IUCN Redlist, the population of the Sulawesi babirusa is 9,999 mature individuals. Their population is decreasing, and they are listed with a conservation status of Vulnerable.

The population of the Togian Islands babirusa includes 1,000 mature individuals. They have a decreasing population as well and are listed as Endangered.

The population of the hairy babirusa (scientific name Babyrousa babyrussa) is unknown. This species of babirusa is listed as Vulnerable with a decreasing population.

What is a babirusa?

A babirusa is sometimes called a deer-pig. This is because they have the appearance of a swine or pig, along with tusks that have been compared to the antlers of a deer. They live in the swamps and rainforests on islands in Indonesia namely Togian, Sulawesi, Buru, and Sula. Their most well-known feature is their tusks. A male has tusks growing up and out of its upper and lower snout. A female has tusks on the lower half of her snout. The tusks continue to grow throughout their life.

Are babirusa carnivores, herbivores or omnivores?

Bola batu babirusas along with the other species of this mammal are omnivores eating a diet of insects, plants, berries, fruit, insect larvae, and sometimes carrion.

Can a babirusa kill itself?

Unfortunately, this does happen. The tusks on the upper half of a male babirusa’s snout grow up and curve back toward its eyes and the top of its head. Sometimes, an older babirusa will have upper tusks that are so long, they break through the top of this animal’s skull. This ingrown tusk eventually causes death. Keep in mind the babirusa would have to be very old to have tusks long enough to penetrate its skull.

How many babirusas are left in the world?

Looking at the Sulawesi babirusa, there are 9,999 mature individuals left in the world. Their numbers are decreasing due to poaching and habitat loss as a result of logging activity. Their conservation status is Vulnerable.

The population of Togian Islands babirusas stands at about 1,000. This species of babirusa is categorized as Endangered.

How long do babirusas live?

Babirusas live about ten years in the wild. However, they can live up to 24 years in captivity in a zoo or wildlife preserve.

How many babies does a babirusa have?

These swine have 1 to 2 babies in a litter. Females with babirusa piglets form social groups numbering up to more than 80. This group behavior provides protection for each baby babirusa as well as the adult females.

Where are babirusas found?

Babirusas live on Indonesian islands of Togian, Sula, Sulawesi, and Buru. Wild Bola batu babirusas and the other species don’t live anywhere else in the world. However, there are babirusas living in zoos in various countries throughout the world.

What plants does a babirusa eat?

They eat grasses, leaves, palm plants, fungi, berries, and fruit. They also tear the bark off trees to eat it! 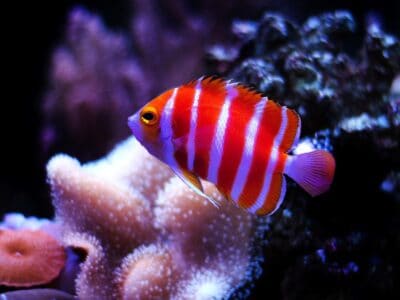 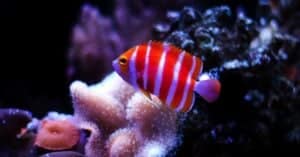