Extremely loyal and devoted to it's master! 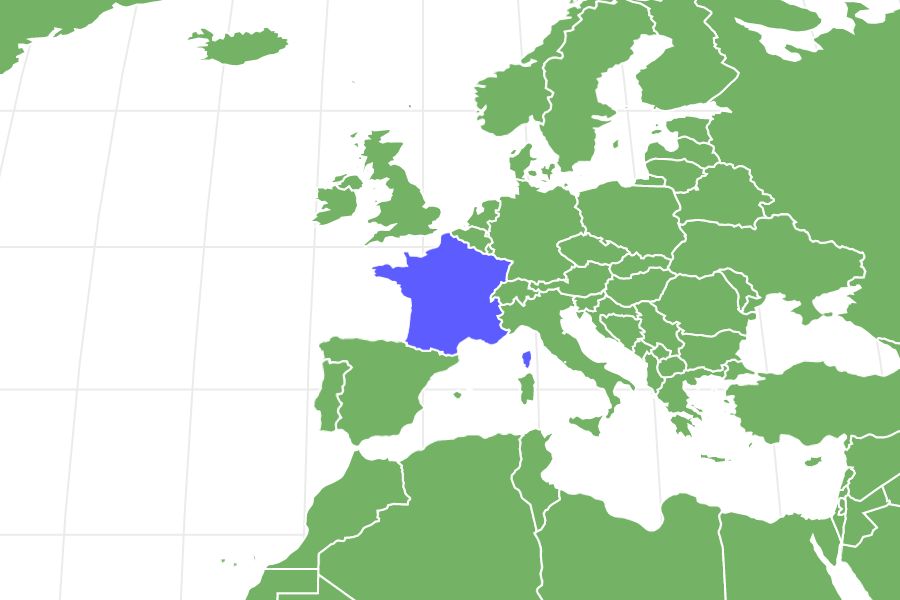 Dogue De Bordeaux as a Pet:

View all of our Dogue De Bordeaux pictures in the gallery.

View all of the Dogue De Bordeaux images!

Also known as the French Mastiff, this ancient breed originates from the Bordeaux region of France around the 1700s. Due to their massive size, they were working dogs used to pull carts or as guard dogs. Since they have a similar appearance, some dog enthusiasts believe that they are a descendant of the Gaul, a larger Mastiff-type breed from that ancient Romans as war dogs and gladiator-style fighting dogs.

These days, a well-trained Dogue de Bordeaux makes an excellent choice for a family pet. Their laidback personality makes them great with children, while their fierce loyalty to their human companions ensures that their families will never be without protection.

3 pros and cons of owning a Dogue de Bordeaux

This stocky, muscular dog breed ranges in height from 23 to 26 inches and weighs in at a whopping 100 pounds or more. As with most other breeds, the males tends to be slightly larger than the female.

One of the biggest health issues the dog faces is gastric dilatation and volvulus, which is the scientific term for serious bloating. To keep the stomach from getting too much air, you should pay special attention to habits before, during, and after feeding. These dogs should eat 2 to 3 small meals a day and avoid exercise an hour before and after eating. Raised dishes and ones designed to force dogs to eat slowly are best for this giant breed, and soft foods or soaked kibble help to reduce the amount of air they take in alongside their food.

These dogs can also fall victim to illnesses like epilepsy, hip dysplasia, heart disease and cancer. They are also extremely sensitive to anesthesia, so owners should choose a vet who is familiar with the breed.

Health and Entertainment for your Dogue De Bordeaux

In summary, the most important medical issues to watch for in a Dogue de Bordeaux are:

The Dogue de Bordeaux is a loyal breed and will do whatever it deems necessary to protect its master. Proper training is imperative; without it, these dogs can pose a serious threat to unknown people and animals due to their extreme size and strength. If trained well, this breed will be protective but non-aggressive and will make a wonderful companion.

These dogs don’t get along with other dogs of the same sex and sometimes won’t even tolerate another dog of the opposite sex. They also have a strong prey drive and will chase and kill smaller animals like cats or rabbits. Since behavior modification in these areas is not foolproof, these traits make them best suited for a single-pet household.

When it comes to training, these dogs have a stubborn yet affectionate personality. They require a gentle but consistent approach that tells them who is boss without damaging their sensitive feelings.

How To Take Care of Dogue de Bordeaux

If you’re considering owning a Dogue de Bordeaux, you’ll need to consider their intense care needs. They require feeding modifications to keep them healthy, the right amount of exercise to stay healthy without overexertion and a trainer who is gentle but consistent to help them reach their full potential.

The Best Dog Food for the Dogue de Bordeaux

Due to their massive size, these dogs need to eat a lot. The average adult requires 4 to 7 cups of dry kibble every day. This breed tends to suffer from food allergies, which means they will need good quality wheat-free food. Prospective owners should take note of the not-inconsiderable the cost required to keep these dogs sufficiently fed, as they can eat around 50 pounds of food each month.

Know about the breed’s elevated risk of heart disease, and make sure your dog doesn’t eat legumes, which are linked to heart failure in dogs. There are plenty of legume-free dog foods to compare.

This legume-free beef dog food suits the breed, because it’s packed with protein to keep this giant breed full and satisfied. Also, since these dogs can experience bloat, we like the digestive support including prebiotics and probiotics. The taurine for your dog’s heart is another big plus, while the glucosamine helps those joints hold up all that dog.

This breed, like all the others in the mastiff family, drools a lot. Since their faces have many wrinkles, owners of the Dogue de Bordeaux will need to check each day to make sure they are clean and dry to prevent infections. As with all floppy-eared dogs, owners should clean their ears every week. All dog owners should clip their pet’s nails and bathe them once a month. These dogs shed their short coats all year long, so owners should brush them every week to keep hair fall to a minimum.

This is a very sensitive breed, so their owners should train them gently to build their trust. They also need lots of attention, so if you lead a busy life and can’t take your dog along with you, this breed is not the right fit for your lifestyle. If left alone for too long, not only will the relationship with your dog suffer, these dogs tend to become destructive when bored.

This breed doesn’t need much exercise and should take it easy as puppies, so they don’t put too much strain on their developing bones and muscles; low-impact activities like swimming are best for them. As adults, the Dogue de Bordeaux can handle fairly strenuous activities; they were originally bred to pull carts. As with many other giant breeds, these dogs shouldn’t have too much exercise when it’s hot or humid outside to prevent overheating.

These puppies should avoid too much exercise to keep from putting too much pressure on growing bones and joints, so they tend to have a good deal of pent up energy. This pent up energy means puppies can be quite rambunctious and need lots of attention and supervision to keep them from being destructive.

Since this breed can be wary of strangers, it’s important to socialize them at a young age to help them see that new people can be good. If they aren’t properly socialized, they can become fearful of people outside their family members. This fear could lead to aggression if not corrected promptly.

The Dogue de Bordeaux’s famously laidback personality and love of affection make them wonderful companions for children. Despite these lovely qualities, they do require constant supervision with small children; like all giant breeds, they don’t realize how big they are and could unintentionally injure a child by being too rambunctious with them.

If you’d like to have a dog that’s similar in size or personality to these dogs, you may want to consider breeds such as the Mastiff, the Neapolitan Mastiff, or the Bull Mastiff.

In 1989, the movie Turner and Hooch featured a Dogue de Bordeaux as the title character, Hooch.

Some popular names for the breed include:

View all 61 animals that start with D

What is a Dogue de Bordeaux?

The Dogue de Bordeaux is the oldest French breed of dog, and its name translates to “Mastiff of Bordeaux.” These huge, light-brown dogs are known to be incredibly affectionate, loyal and protective of their masters.

How much does a Dogue de Bordeaux cost?

If you plan to purchase a Dogue de Bordeaux from a breeder, you can expect to pay anywhere from $1,400 to $5,000 depending on pedigree. Since this breed is prone to extensive health issues, it’s important to find a reputable breeder.

If you’d like to get your pet from a rescue, there are dedicated Mastiff rescues that will allow you to adopt a Dogue de Bordeaux for a fraction of the cost of purchasing from a breeder. Rescues typically charge an adoption fee of $300 to $500 regardless of breed.

The Dogue de Bordeaux is not aggressive towards humans as long as it receives proper training and socialization from puppyhood. This breed does tend to be aggressive to other pets inside its home and would do best in a single-pet household.

Due to their laidback nature, low activity levels, and extreme loyalty to their owners, this breed makes an excellent family dog. Just be sure to keep an eye on them with small children; they don’t realize how big they are and could accidentally knock a little one over while playing.

This breed has an unfortunately short lifespan; they only live for about 5 to 8 years.

Dogue De Bordeaux dogs are Omnivores, meaning they eat both plants and other animals.

What Kingdom do Dogue De Bordeaux dogs belong to?

What class do Dogue De Bordeaux belong to?

What phylum to Dogue De Bordeaux belong to?

What family do Dogue De Bordeaux belong to?

What order do Dogue De Bordeaux belong to?

What type of covering do Dogue De Bordeaux have?

What genus do Dogue De Bordeaux belong to?

What is an interesting fact about Dogue De Bordeaux?

The Dogue De Bordeaux is extremely loyal and devoted to it’s master!

What is the scientific name for the Dogue De Bordeaux?

The scientific name for the Dogue De Bordeaux is Canis lupus.