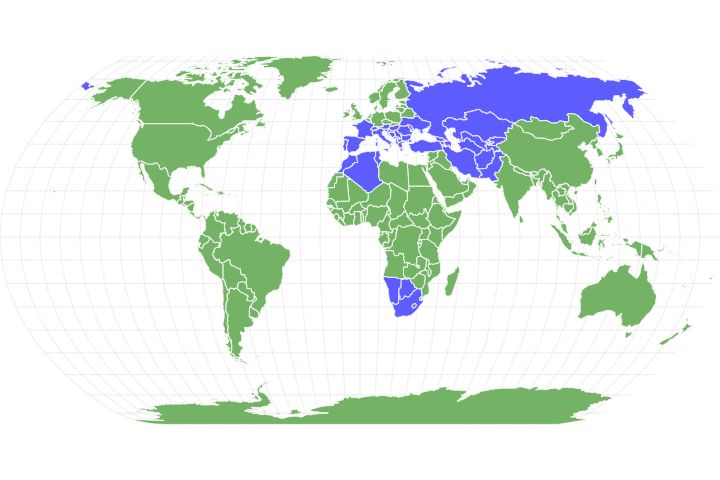 View all of our European Bee-Eater pictures in the gallery.

View all of the European Bee-Eater images!

The European Bee-Eater is a relative of the Kingfisher, with a somewhat varied habitat and unusual nest-building habits.

This bird, whose feathers generally contain all the colors of the rainbow, creates burrows, rather than traditional nests. Because of this, they are prone to parasite infestations. As their name suggests, they feed primarily on bees, though they also eat other flying insects, such as wasps.

Where To Find European Bee-Eater

The European Bee-Eater can be found across three continents, Europe, Asia, and Africa. The best time to view them is in Europe during the mating season, between May 1 through late June or early July. During this time, they may be found in abundance in Italy, Switzerland, Romania, and France, nesting in sand dunes and near lakes.

The European Bee-Eater’s scientific name is Merops apiaster . The name is a combination of the Greek word for bee-eater and the Latin name for bee-eater. They come from the Family Meropidae, in the Class Aves.

European Bee-Eaters are very brightly colored birds. Their coloring contains just about every color of the rainbow, somewhat muted. They have a black beak and feet, with black across their eyes, at the base of their throats, and edging their wings. Their throat is yellow, while their chest is pale green and blue. They have red and orange across their wings, as well as a blue, white, and pale yellow.

The European Bee-Eater builds a nest by burrowing into hillsides and slopes. These birds are approximately one foot long and about four inches high. Their wingspan can be anywhere between 1.5 feet and 20 inches. They weigh an average of two ounces, with some slightly heavier and some slightly lighter. Their top-flight speed is about 30 miles per hour. The European Bee-Eater’s call is a high-pitched and fast-paced trill that has a very sweet sound. The call may also include some scratchier notes. Their migration takes them as far south as the tropics of Africa.

Unsurprisingly, a European Bee-Eater’s diet consists mainly of bees, of which they may consume up to 250 per day. However, they also eat wasps and other insects. They don’t get stung because they use their beak to thrash the bee or wasp against the ground or rock until the stinger falls off. They rarely venture outside of their main habitat in search of food, unless insects are scarce in their location.

Though they are under no major threats, European Bee-Eaters do have their predators and weaknesses. Because of their burrowing nature, they are susceptible to parasites that live in the dirt. They are also easier prey for snakes and reptiles who like to eat their eggs and young hatchlings. Aside from that, their main predators, once they reach adulthood, are owls and raptors.

A female European Bee-Eater lays between four to seven eggs over the course of the mating season, generally in two-day intervals. It takes each egg about three to four weeks to hatch a baby Bee-Eater. Each baby bird is hatched in the order it was laid. The baby birds will stay in the nest for approximately one month. If something happens and the first nest of young are killed, the female may lay a second clutch of eggs that mating season. Bee-Eaters may live up to six years.

The bird’s endangered status is considered to be LC or of Least Concern. That is likely due to the estimated population size which exceeds 78 million birds, over 55 million of which are of breeding age.

Does the European Bee-Eater Migrate?

Yes, European Bee-Eaters have a migration every year, flying south before and after mating season.

How many eggs does a European Bee-Eater lay?

Four to seven eggs are laid by a female European Bee-Eater per mating season.

How fast does the European Bee-Eater fly?

The European Bee-Eater can fly up to 30 miles per hour.

What is a European Bee-Eater’s Wingspan?

A European Bee-Eater’s wingspan is between 17 and 20 inches across.

When do European Bee-Eaters leave the nest?

Baby European Bee-Eaters leave the nest at about four to five weeks of age.

What eats a European Bee-Eater?

European Bee-Eaters are occasionally eaten by raptors and their eggs and baby birds in the nest are sometimes consumed by reptiles and snakes.

No, European Bee-Eaters are classified as being of least concern.

Where is the European Bee-Eater found?

The European Bee-Eater digs burrows near freshwater, in grasslands, shrubland, and savannahs across Europe, Africa, and Asia. 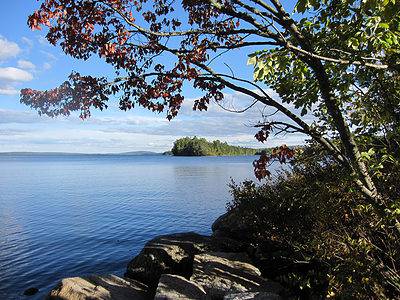 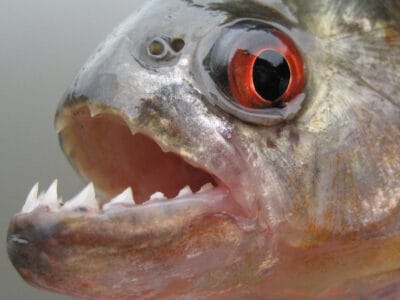 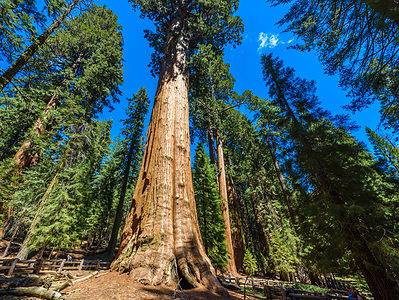 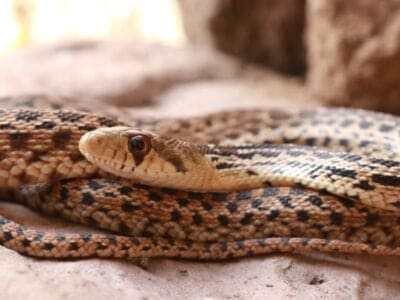 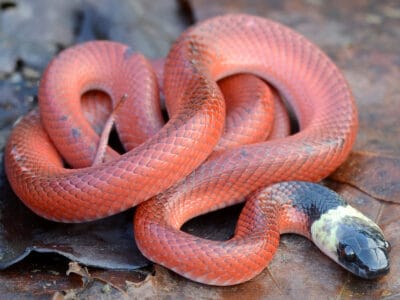 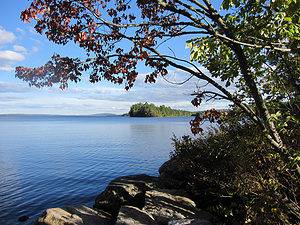