The Icelandic Sheepdog is the only dog breed entirely native to Iceland. 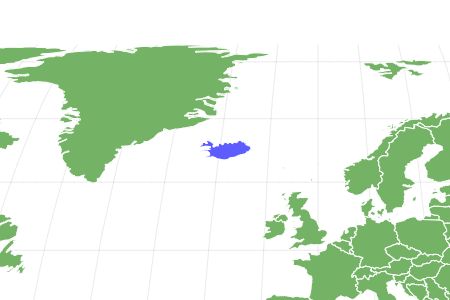 Icelandic Sheepdog as a Pet:

View all of our Icelandic Sheepdog pictures in the gallery.

View all of the Icelandic Sheepdog images!

The Icelandic Sheepdog is an affectionate and lovable herding breed that hails from the cold and rocky environs of Iceland. There are many interesting facts about its history. It was first brought to the uninhabited island by the Norse seafaring adventurers around 900 AD. Their primary purpose was to herd sheep and track down lost members of the flock.

Facing the potential of extinction in the 19th and 20th centuries, this breed was rehabilitated by enthusiast organizations and breeders around the world. Their efforts came to fruition when the breed gained full recognition from the American Kennel Club in 2010. Though this is still an obscure and underappreciated breed, it is a very eager, friendly, and lovable companion for the entire family.

The Icelandic Sheepdog shares many characteristics in common with other Spitz-type dogs. It has a fox-like face, pointed ears, and a bushy tail that curls over the back. It also has two dewclaws on each hind leg. The dense double coat, which consists of a long outer coat and softer undercoat, is covered in white fur with black, cream, fawn, gold, gray, red, tan, chocolate, or sable mixed in.

3 Pros and Cons of owning an Icelandic Sheepdog

The Icelandic Sheepdog is a small to medium-sized breed with an athletic frame.

The Icelandic Sheepdog is a very healthy breed with a typical lifespan of 12 to 14 years. The biggest problems it suffers from are cataracts, patellar luxation (a loose kneecap), and hip dysplasia, in which the joint can slip loose from the socket, causing lameness and pain. Cancer is also a leading cause of death in most dogs. National breed clubs will generally insist on subjecting dogs to hip and eye evaluations. Good, trustworthy breeders will test their stock for these types of issues. You can ask them to provide proof of the stock’s good health. You should also keep in mind that dogs will need regular appointments at the vet to check for health problems as often as possible. In summation, these are the most common health issues with the Icelandic Sheepdog:

Health and Entertainment for your Icelandic Sheepdog

The Icelandic Sheepdog is an incredibly devoted and loving companion that wants to be at the center of family activities. With its immense energy levels and upbeat temperament, this dog is a whirlwind of activity. It needs plenty of games, exercise, and socialization throughout the day, or else it might resort to destructive and unwanted behavior. If you need to leave your dog alone for a few hours, then make sure it has plenty of toys and activities to keep it occupied. Because of the space it needs, this breed is probably not a great choice for apartments or other compact living arrangements.

How to Take Care of the Icelandic Sheepdog

The Icelandic Sheepdog takes quite a lot of responsibility to care for, but as long as you’re willing to devote the time and effort, this breed will yield some excellent results. Its happy, upbeat disposition helps a lot with making even difficult dog care tasks quite enjoyable. It’s probably not a great choice for novice owners, however, unless you’re willing to learn the nuances of this breed’s care and maintenance.

The Icelandic Sheepdog probably needs around two to three cups of high-quality dog food per day with the exact amount depending on the dog’s size and activity level. It has no other special dietary considerations. However, if it starts to show signs of weight gain, then owners should limit calorie intake and treats.

The Icelandic Sheepdog has two annual shedding seasons in the spring and fall. Daily brushes in the shedding season, as well as weekly brushing throughout the rest of the year, should be sufficient to remove loose hair and dirt. Tangles can be worked out with a slicker brush or metal comb.

Because of its weatherproof coat, this breed shouldn’t need baths very often. However, the nails will need to be trimmed regularly, perhaps once a month, to prevent discomfort and pain. The ears should be checked for signs of infection and then cleaned out with a simple cotton swab and solution. The teeth will need to be brushed regularly as well to maintain proper gum and dental health.

The Icelandic Sheepdog is generally intelligent, amiable, and eager to please. Unlike many breeds, this dog will be an active and engaged participant in its training. Positive reinforcement methods involving treats and praise are highly recommended. They don’t respond very well to overly harsh or disciplinary training methods.

With its enormous energy levels, the Icelandic Sheepdog may need up to an hour of exercise every day. Long walks, hikes, and playtime should be enough to keep it happy. This breed also excels at herding, tracking, agility, and obedience challenges. Because of their strong herding instincts, however, it might be a bad idea to let them roam free around the neighborhood. It’s highly recommended that you have a large yard with a big fence to prevent these little escape artists from absconding.

Despite its friendly and upbeat personality, Icelandic Sheepdog puppies still need thorough training and socialization to instill some discipline and prevent bad behavior as an adult. Puppy training classes are a great way to learn from an expert and meet new dogs and people. You should never miss an opportunity to socialize your dog; take it out of the house and introduce it to new people often.

Crate training, while not mandatory, can be a great way to solve some housebreaking and behavioral issues with puppies as well. For any questions about vaccines, neutering/spaying, and micro-chipping, you should talk with your vet.

The Icelandic Sheepdog and Children

A well-trained Icelandic Sheepdog should get along with children of all ages. It’s loyal, protective, and very affectionate. Adults should nevertheless supervise all interactions between dogs and younger children.

Dogs Similar to the Icelandic Sheepdog

There are unfortunately few famous examples of the Icelandic Sheepdog, but one dog called Eyjahunda Thorarinn (or Thorri for short) did win a best-in-show award at an American Kennel Club event in 2018.

Popular Names for the Icelandic Sheepdog

If you’re still struggling to come up with a suitable name for your new Iceland Sheepdog, then you should consider one of the following suggestions:

How much does an Icelandic sheepdog weigh?

This breed weighs anywhere between 20 and 30 pounds.

How long does an Icelandic Sheepdog live?

The typical lifespan of the Icelandic Sheepdog is 12 to 14 years, but it can live longer, depending on its health.

Do Icelandic Sheepdogs bark a lot?

Yes, the Icelandic Sheepdog does vocalize quite often to express itself and alert its owner to nearby intruders or disturbances. If you or someone in your household is sensitive to a lot of barking, then it might be possible to discourage some of that behavior, but sometimes they may get overexcited and start barking again.

How much does an Icelandic Sheepdog cost?

The cost of a new puppy will probably be somewhere in the range of $1,000 to $1,500, perhaps even more for a dog with a good pedigree. Trustworthy breeders, while generally more expensive, also tend to produce healthier dogs that conform to breed standards. Low-quality breeders and puppy mills are almost never worth it in the long run because their dogs might develop more health and behavioral issues. If you are unable to afford this cost, then you might want to consider adoption as an alternative.

This breed is an excellent family dog. It ranks very highly in its affection toward children, and as long as it’s properly trained, it should get along with other dogs as well. One of the few cons is that its strong herding instincts might compel it to start herding people and pets from time to time. This can be dissuaded with proper training.

Is the Icelandic Sheepdog rare?

The Icelandic Sheepdog is an uncommon breed. Perhaps less than a thousand of them are present in the United States. The American Kennel Club has consistently ranked it around 150 of its 200 most popular breeds. In order to find a suitable breeder or rescue in your area, you might want to check with the American Kennel Club, the Icelandic Sheepdog Association of America, and other breed-specific clubs. Rescues are a great way to find a good home for dogs in need. Some rescues also take in mixed dogs as well.

The Icelandic Sheepdog should enjoy a good cuddle, but keep in mind these are not lap dogs. They were originally bred to herd and therefore need their own space.

Are there any mixed breeds produced from an Icelandic Sheepdog?

Because of the breed’s relative rarity, you probably won’t see too many mixed dogs either. But sometimes they’re mixed with other herding dogs to produce unique combinations.