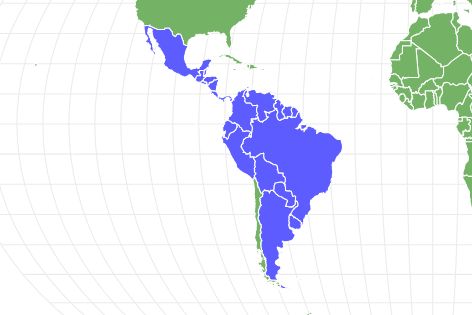 View all of our Jaguar pictures in the gallery.

View all of the Jaguar images!

The Jaguar is the largest feline on the American continent, and is the only one of the world’s ‘big’ cats to be found in the New World. Jaguars are animals that are closely related to Leopards and have a number of similar characteristics including the distinctive spotted pattern on their fur. The Jaguar is the third biggest Cat in the world behind the Tiger and the Lion and is well known for its immense power and agility. In fact, the name Jaguar is said to come from the Native American word yaguar which means “he who kills with one leap”. Despite their incredible power however, Jaguars have been hunted through the ages mainly for their staggeringly beautiful fur. Although hunting for Jaguar fur is now prohibited, population numbers have declined throughout much of their natural range, with Jaguars having completely disappeared from a number of areas.

While the official taxonomic species of Jaguar is: Panthera onca, there are many different types of jaguar animals, from the Arizona Jaguar, to the Northeastern Jaguar. A complete list of different jaguar types is found below:

The Jaguar is a large and muscular animal that has a heavier and sturdier body than that of a Leopard. They have a large, broad head with jaws so strong that they are said to have the most powerful bite of all the world’s Cats. Jaguars tend to have a cover of either tan or dark yellow fur, which is dotted with darker rose-like patterns that are similar to those of a Leopard (besides the fact that they have dark spots in the middles). Known as rosetting, the pattern on the Jaguar’s fur is unique to each animal much like fingerprints are unique to individual people, and despite its beauty, it actually acts as the perfect camouflage in the surrounding jungle. This camouflage turns out to be so vital to their chances of survival, that those Jaguars found in the rainforest are darker in colour and often smaller than those found in more open areas.

The Jaguar is an animal that is indigenous to the Western Hemisphere, where it primarily inhabits the tropical rainforests of Central and South America. Although the historic range of the Jaguar stretched across the whole continent and even into the southern states of the USA, they are today confined to remote pockets of rainforest particularly in the moist Amazon Basin. Jaguars tend to prefer thick, dense, moist jungle where there is plenty of cover in order to successfully hunt and then ambush prey. They are nearly always found close to water and prefer either permanent swampland or seasonally flooded forests. The Jaguar has been severely affected by habitat loss throughout much of its natural range along with poachers who shoot them when they get too close to the growing Cattle ranches.

Although this elusive animal spends most of its time either resting in the safety of the trees or hunting in the dense undergrowth, Jaguars are animals who love to be in the close proximity of water such as floodplains and slow-moving rivers (which is rare amongst felines), and they rarely venture into arid, more desert-like areas. The Jaguar is an excellent swimmer and can move through the water at surprising speed particularly when in pursuit of prey. As with many other Cat species, the Jaguar is a solitary animal with the exception of the first couple of years that Jaguar cubs spend with their mother. Males are particularly territorial and although their home range will overlap those of a number of females, they will defend their patch fiercely from other males. Jaguars mark their territories with urine, by scratching marks onto trees, and asserting themselves with growling vocal calls.

Despite the fact that most Jaguar cubs are generally born between the months of December and March, it is not uncommon for them to be born at other times of the year. During the mating season, the female Jaguar will use loud vocal calls to attract a male into her territory. Female Jaguars typically give birth to two or three cubs. Once their cubs are born however, the female Jaguar will not tolerate the male in her territory as she becomes very protective of her young at this stage. Jaguar cubs are born blind and gain their sight after about two weeks. They are weaned by their mother when they are around 3 months old, although the cubs will rely on their mother to hunt and provide for them until they are about 6 months old. At 6 months, the Jaguar cubs will then start to accompany the female jaguar on hunts but will not venture out on their own until they are one or two years old and have established a territory for themselves.

The majority of a Jaguar’s hunting is done down on the ground but they are also known to hunt for prey both in the water and from the trees, from where the Jaguar can easily ambush its prey often killing it with one powerful bite. Learn more about the toughest animals in the world here. Medium sized mammals make up the majority of the Jaguar’s diet including Deer, Capybara, Peccaries and Tapirs, which they stalk in silence through the dense jungle. When in the water, Jaguars hunt Turtles, Fish and even small Caiman when the opportunity presents itself. The Jaguar is known to be a formidable and aggressive hunter and is thought to eat more than 80 different animal species in order to supplement its diet. With growing Human settlements, the Jaguar has also been blamed by ranch owners for stealing their livestock, particularly in areas that encroach on the Jaguar’s territory.

Due to the large size and dominant nature of the Jaguar, there are no other wild animals that are known to actually consider it as prey. Once found throughout the South American continent, they have been hunted by Humans mainly for their fur which has led to drastic declines in Jaguar population numbers everywhere. Despite now having legal protection and a reduction in the hunting of them for their fur, the Jaguar is at increasing risk from loss of habitat mainly in the form of deforestation to make way for agriculture or growing Human settlements, which means these large and majestic animals are being pushed into more remote regions of their native range.

Jaguars have the strongest bite force of all Cats (learn about the strongest animals in the world here) and like other ‘big’ Cats they can roar (other Cats cannot). The Jaguar is undoubtedly a strikingly beautiful animal and has naturally caught the attention of both scientists and hunters alike, with many individuals sadly having been poached for their distinctively patterned fur. Although Jaguars usually have yellowish coloured fur, other colours are also known including black and white. As with black Leopards, they are not completely black as you can still see the spotting (although faint) in strong sunlight. Jaguars are said to be able to cross-breed with both Leopards and Lions. A Lepjag was produced by the film industry to produce a Cat that had the appearance of a Jaguar but was easier to handle with the temperament of a Leopard. He lives in retirement now in a Big Cat sanctuary, and like other ‘big’ cat hybrids he is sterile.

Historically, Jaguars have featured throughout Native American culture, as these people were well aware of the power of this dominant predator with some believing that the Jaguar was the lord of the underworld. They are feared by Humans who inhabit areas close to the jungle and are also often blamed by ranch owners for their missing livestock. Although Jaguars hold the reputation for being very aggressive, unprovoked attacks on Humans are rare. Jaguars have been severely affected by deforestation throughout much of Central and South America, primarily for agriculture with the highest numbers now found in the Amazon Basin.

The Jaguar was once found from the tip of South America right up to and beyond, the Mexico-USA border but hunting for their fur and habitat loss has led to drastic declines in population numbers. They are today very, very rarely seen in the USA and are considered endangered throughout much of their natural range, although the Jaguar is listed by the IUCN Red List as an animal that is Threatened in its surrounding environment. Although the exact population number is unknown, there are an estimated 15,000 Jaguar individuals left roaming the rainforest today.

Are Jaguars herbivores, carnivores, or omnivores?

Jaguars are Carnivores, meaning they eat other animals.

What Kingdom do Jaguars belong to?

Jaguars belong to the Kingdom Animalia.

What class do Jaguars belong to?

Jaguars belong to the class Mammalia.

What phylum to Jaguars belong to?

Jaguars belong to the phylum Chordata.

What family do Jaguars belong to?

Jaguars belong to the family Felidae.

What order do Jaguars belong to?

Jaguars belong to the order Carnivora.

What type of covering do Jaguars have?

Jaguars are covered in Fur.

What genus do Jaguars belong to?

Jaguars belong to the genus Panthera.

Where do Jaguars live?

In what type of habitat do Jaguars live?

What are some predators of Jaguars?

Predators of Jaguars include humans.

How many babies do Jaguars have?

The average number of babies a Jaguar has is 3.

What is an interesting fact about Jaguars?

Jaguars are the largest feline on the American continent!

What is the scientific name for the Jaguar?

The scientific name for the Jaguar is Panthera onca.

What is the lifespan of a Jaguar?

What is a baby Jaguar called?

A baby Jaguar is called a cub.

How many species of Jaguar are there?

There is 1 species of Jaguar.

What is the biggest threat to the Jaguar?

The biggest threats to the Jaguar are hunting and habitat loss.

How many Jaguars are left in the world?

How fast is a Jaguar?

A Jaguar can travel at speeds of up to 50 miles per hour.