Adult marine iguanas vary in size depending on the size of the island where they live. 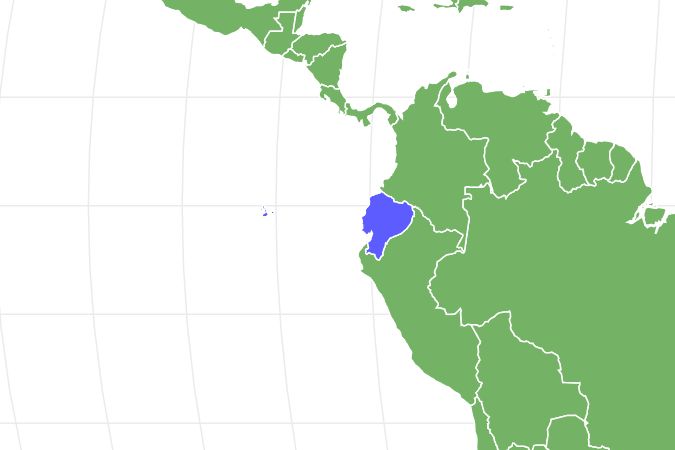 View all of our Marine Iguana pictures in the gallery.

View all of the Marine Iguana images!

Marine iguanas are the only lizards on earth to spend time in the ocean.

Marine iguanas live on the Galápagos Islands, where they dine on Inter- and subtidal algae. They have several specific adaptations, including sneezing salt out of their bodies, allowing them to live in this environment. Marine iguanas living on San Cristóbal, Santiago, and Genovesa Island are considered endangered while all other populations are considered vulnerable. The marine iguanas living on larger islands grow longer than those living on smaller islands. Scientists have also observed that they can shrink their body size by about 20% based on food availability facts.

There are 11 subspecies of marine iguanas, including:

Many experts have pondered the origin of these reptiles. They wonder about their evolution as there are food sources on land that they theorize these iguanas could eat, like their land iguana counterparts. The evolution split between the land and marine iguanas likely took place over 5.7 million years ago. Scientists also theorize that much of the evolution may have happened at a distant location and that the marine iguanas rafted to the Galápagos Islands.

The appearance of these iguanas vary by the subspecies, but all have some common characteristics, such as having spines that start at their neck and continue through their tails. These saltwater lizards have thickset bodies and short limbs. While they often have trouble getting around on land, their body shape is ideal for swimming.

All marine lizards are dark-colored. This adaptation allows them to warm up faster in the sun after returning to the land from feeding in the sea. Each marine lizard also has a flat tail. This adaptation helps them move through the water better. Each also has long claws, allowing it to hold onto rocky surfaces better. As their name suggests, these iguanas have short snouts, helping them to feed better.

Some of the most colorful marine lizards live on Española, Gardener, and Floreana islands have a reddish dorsal background with a turquoise vertebral stripe. Another very colorful subspecies lives on Española and Floreana islands. These lizards have large black dots on a light orange background and an olive/grey vertebral wide stripe. Those from Marchena or Isabela islands have a tabby pattern.

There is also a lot of variation in the size of these iguanas. Generally, scientists divide them into three size categories. Like those living on Isabela, Tortuga, Fernandina islands, large iguanas are between 14-and-19-inches long. There are also medium-sized marine iguanas, like those living on Española, Gardner, Floreana, Champion islands, which are between 10-and-14-inches long. The smallest ones are the ones living on Genovesa Island, and they are about 8-inches long. Generally, larger size iguanas have more prominent spines.

These iguanas are the only lizard that eats in the sea. This reptile will eat once a day, with males going further offshore than females and juveniles staying very close to shore. After a saltwater iguana feeds, then it must reset its heart rate and body temperature because it has no internal organs regulating these functions. Therefore, it flattens its body against lava rocks, causing vessels in the chest to open and close until the iguana reaches the right temperature for the digestive tract to work correctly.

The only habitat of these iguanas is in the Galápagos Islands. They prefer a habitat with shallow reefs within an area where the water reaches during high tide. They also live along rocky coastlines that are 6.5-to-16 feet above sea level.

If you go to the Galapagos Islands, look for them in areas that have sand or another soft substance as that is where they lay their eggs. Usually, they live on southern shorelines because there is more wave action, which generally means more algae to eat.

Galápagos iguanas diet almost exclusively on marine algae. There are at least nine different types of algae that they prefer. If they cannot get enough algae, they will rarely eat grasshoppers, crustaceans, and sea lion afterbirth. These reptiles also can shrink their body size when their preferred diet is not available. The algae that they eat can be hard to find during the El Nino periods on the Galapagos Islands.

The breeding season lasts from December through March. Males turn a brighter color during this reproduction period, but scientists do not believe that there is a correlation between mating success and the color change, like there is in many frog species.

When a male sees a female he is interested in, he will start nodding his head and moving sideways towards her. The female can move away at any time during the reproduction scenario, and the courtship ritual ends. If the male gets close enough, he starts rubbing his head up and down the female’s tail. Assuming the female lets him, then the male will use his tail to position the female.

About a month after the act happens, then the female will travel from 65 feet to 2 miles away to a sandy area. Once she finds the right spot, then she will start nodding her head. If another saltwater iguana does not object, she will spend about 4 hours digging a hole and depositing between one and four eggs in it. Then, the female spends roughly 16 days guarding her eggs before leaving the site.

If the female cannot find a sandy spot to dig her nest, she will still lay her eggs. She will, however, stay at the site to guard the eggs.

Incubation takes place between 89 and 120 days. Once the eggs hatch, the babies immediately scamper to a crevice or other area to stay hidden for a few days. While adult marine iguanas have very few enemies, it is easy for predators to snatch the eggs. It is also easy for enemies to capture infant iguanas. Even though enemies may try to get them, baby iguanas must soon get in the water to feed as there is no one to feed them.

Galápagos iguanas can live 60 years in the wild.

Scientists estimate that there are about 250,000 of these iguanas.

What Is a Marine Iguana?

A marine iguana is the only lizard that feeds in the sea. They live on rocky shores in the Galápagos Islands.

Marine iguanas live in an area where they have few natural predators. Therefore, they tend to be sluggish and not recognize the danger until it is too late. Once they think they are in trouble, then they can become aggressive in hopes that it will get them out of trouble.

Can you Have a Marine Iguana as a Pet?

No, you cannot keep a marine iguana as a pet. They feed on particular sea algae that are not available to you.

How Many Marine Iguanas are Left?

There are approximately 250,000 marine iguanas left in the world.

Since marine iguanas eat in the sea, they consume a lot of salt. Their bodies cannot handle all the salt, or they would get dehydrated. Therefore, every few minutes, they violently sneeze. These sneezes can leave them looking like they have a salt mustache on their faces.