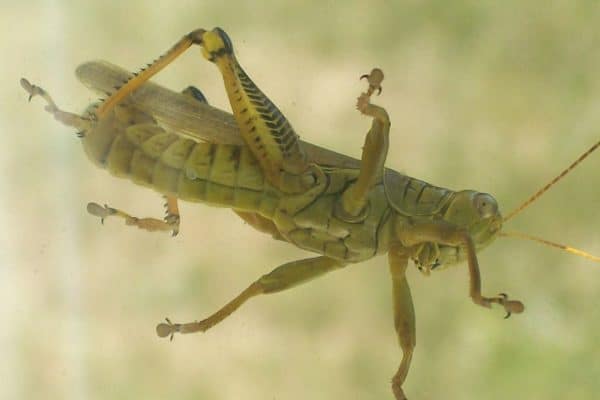 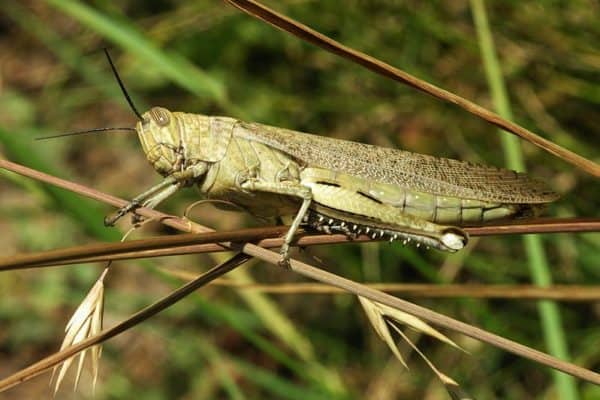 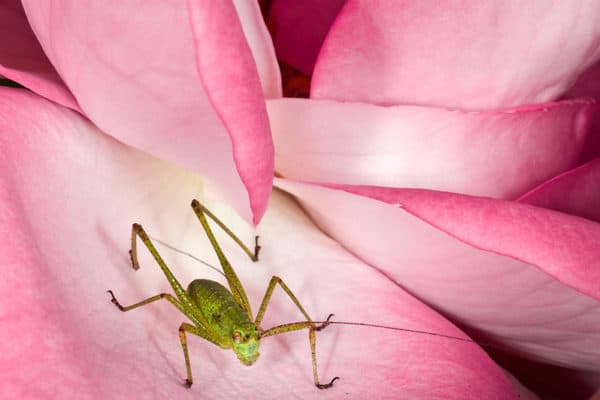 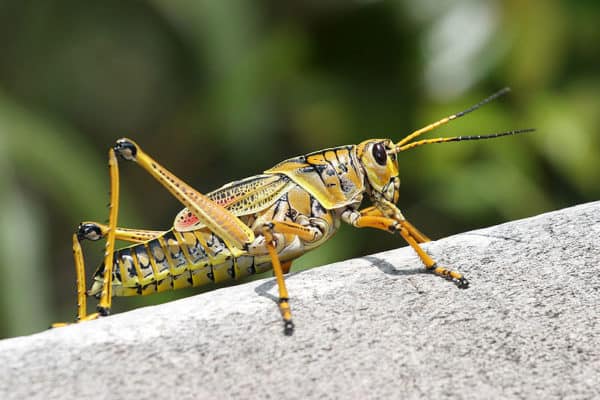 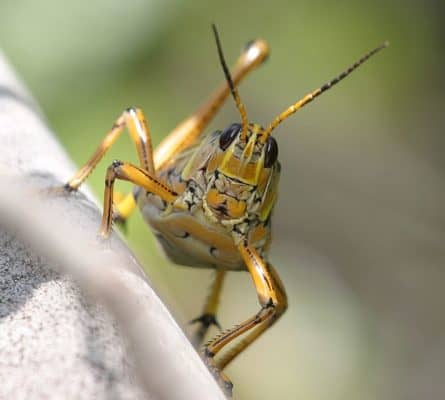 The grasshopper is a medium to large sized insect and the grasshopper is found (close to grass) all over the world. Grasshoppers are best known for their ability to jump incredible heights and distances.,

Most grasshopper individuals grow to about 2 inches long although larger grasshoppers are found on a fairly regular basis that grow to more than 5 inches in length. The grasshopper has wings meaning it can migrate over long distances when the weather gets too cold.

There are 11,000 thousand known species of grasshopper on Earth, that live in grassy areas such as fields and meadows and forest and woodland. Like all insects, all species of grasshopper have a three-part body that is made up of the grasshopper's head, it's thorax and the abdomen. Grasshoppers also have six legs, two pairs of wings, and two antennae.

Despite their large size, grasshoppers are herbivores animals and have a diet that consists solely of plant matter. Grasshoppers eat grasses, weeds, leaves, shrubs, bark and numerous other species of plants that surround them.

The grasshopper is also a stable food source for many predators around the world including reptiles, insects, small mammals and birds. It is common for humans to eat grasshoppers in places like Asia and Africa where the bigger species of grasshopper are found, and there is a less readily available alternative protein source.

When the first baby grasshopper (known as a nymph) hatches out of its egg, it tunnels through the soil and up to the surface, and the remaining grasshopper nymph follow. As they get older, the grasshoppers will increase in size until they are adults. The grasshopper only remains in this stage (young and adult) for a few months before it dies meaning that most grasshopper individuals spend the majority of their lives inside an egg.