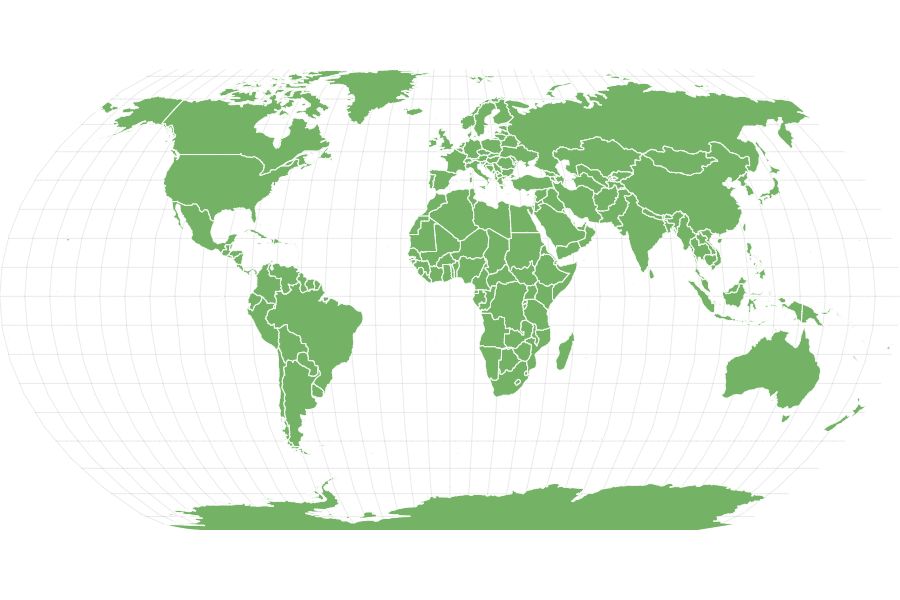 View all of our Rainbow Shark pictures in the gallery.

View all of the Rainbow Shark images!

The rainbow shark comes in many interesting or lustrous skin colors (including albino and bright blue) that make them popular among aquarium enthusiasts.

The rainbow shark is not really a shark at all, but rather a small bony fish. They go by many different names, including the red-fin shark and the rainbow shark minnow. While they aren’t super common, these fish are easy enough to find in pet stores and online stores. Their low price also makes them very appealing to own. However, they are known to be somewhat difficult tank mates.

The scientific name of the rainbow shark is Epalzeorhynchos frenatum. The species name is derived from the Latin word freno, which means bridled. This may refer to the barbels (the sensory whiskers) near the edge of the mouth. There are three other members of this genus, including the red-tailed shark, the flying fox, and the red-fin shark. Red-fin also happens to be an alternate name for the rainbow shark, which can cause some confusion.

These fish are characterized by a long body, pointed snout, and forked tail. By far the most unique feature is the unusual color combinations. The body can come in many different colors, including black, bright blue, gray, and albino, whereas the fins are covered in bright orange or red colors. There is also a small stripe between the gill cover and the eyes. The males can be distinguished by their thinner body, black lines on the tail fin, and brighter overall colors than the female. The typical full-grown rainbow shark measures about 6 inches large in the wild and 4 inches in captivity. Males and females are very similar overall in size.

The rainbow shark can be found in the major freshwater river systems of Southeast Asia, including the Mekong, the Chao Phraya, and the Mae Klong. They prefer to live near the sandy bottom of the river. Every year, as the rivers flood into nearby areas, the fish will migrate out to the floodplains. According to the IUCN Red List, the rainbow shark is a species of least concern. There aren’t any good population estimates, but numbers do appear to be decreasing overall. Poaching, damming, and other changes to its natural habitat appear to pose the greatest threat to this species.

The rainbow shark is an omnivorous fish. They consume a wide variety of different foods that float to the bottom of the river.

What eats the rainbow shark?

These fish are primarily preyed upon by larger fish.

What does the rainbow shark eat?

The rainbow shark primarily feeds on algae, plankton, insects, crustaceans, and decaying plant matter. In captivity, they should do well on a diet of algae tablets, insect larvae, zooplankton, brine shrimp, bloodworms, and all kinds of vegetables such as spinach, peas, lettuce, and zucchini. They should be fed three times a day for five minutes at a time. A high-protein diet will allow them to keep their bright coloration.

In their natural habitat, these fish tend to breed in October and November, depending on the temperature and length of the day. The female will lay her eggs directly in the water, and the male will fertilize them externally. The fry will hatch about a week later with the ability to swim. They may take up to a year to reach full-grown adulthood. The rainbow shark is notoriously hard to breed in captivity because they don’t tolerate tank mates well; many have to be bred artificially. The maximum lifespan in the wild is about eight years, whereas even with excellent care the maximum lifespan in captivity is only about six years.

Rainbow Shark in Fishing and Cooking

The rainbow shark is not normally cooked and eaten by people, but it is a fairly popular choice as a pet among some aquarium enthusiasts. The price of a standard rainbow shark is only about $5, but some of the rarer morphs may be a little more expensive. The cost of the equipment will raise the price significantly. The minimum requirement for a single fish is a 50-gallon tank at least 2-feet long. The temperature should be set between 72 and 79 degrees Fahrenheit; a water heater will help to maintain the proper temperature of the water. Rainbow sharks will require plants, caves, and hollow decorations in which to hide and feel safe. A filter is also necessary to mimic the fast-flowing water of their natural habitat. Fine sand is suitable as a substrate at the bottom of the tank. Altogether, they require a moderate amount of care.

Where do rainbow sharks live?

They can be found in freshwater rivers throughout Southeast Asia.

Full-grown rainbow sharks are not known to be all that aggressive in the wild, but they do have a tendency to exhibit some territorial behavior in captivity.

Rainbow sharks do not normally bite people, but they may bite other types of fish in their territory.

What can live with a rainbow shark?

The rainbow shark should get along well with other peaceful freshwater tank mates that don’t occupy the same water layer, including rasboras, danios, rainbow fish, loaches, and barbs. However, they may try to chase and attack timid fish such as cichlids and catfish. It is a good idea to place the rainbow shark in the tank after the other fish so it won’t try to establish a territory first.

Can rainbow sharks be kept together?

Assuming you have enough room to spare, it is possible to keep them together, but they can sometimes turn aggressive toward each other. The biggest way to prevent this is tank size. Each rainbow shark will need at least 50 gallons to itself. For example, if you plan to have two tank mates, then you will need a tank size of at least 100 gallons.