Click through all of our Rottsky images in the gallery. 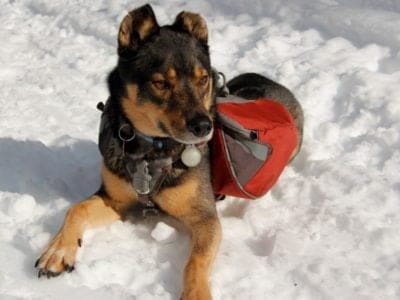 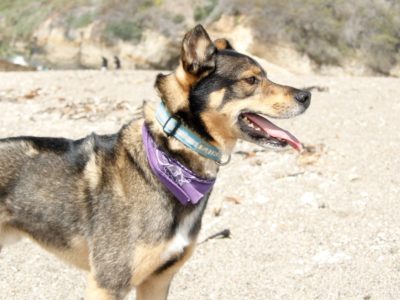 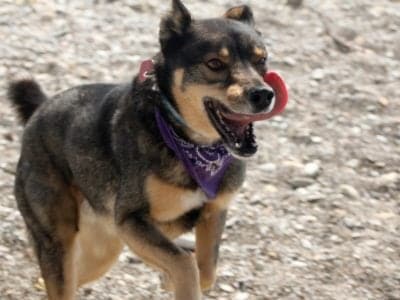 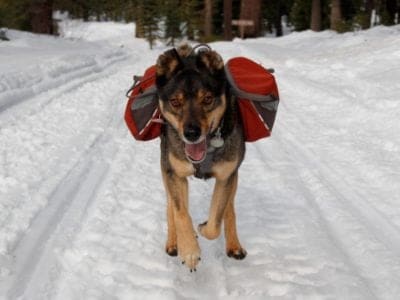 View all of the Rottsky images!

You’ll never find a better guard dog than a Rottsky, an active, intelligent, loyal hybrid mix between a Rottweiler and a Siberian Husky. Rottskies are energetic, muscular canines who only thrive when they can get lots of exercise. They can be headstrong, too, so consistent training and socialization from a very early age are absolutely critical. If you’re a first-time dog owner, the Rottsky is probably not the right dog for you.

Rottskies inherit the intensely loyal nature of their Rottweiler and Siberian Husky parents. This crossbreed is not a dog you can leave alone for long periods of time because if you do, your pet is likely to develop separation anxiety. No two Rottskies ever look quite alike though typically, they tend to inherit the Husky build and the Rottweiler coloring.

3 pros and cons of owning Rottsky

There’s so much genetic variation among these dogs, even among those from the same litter, that it’s impossible to predict the size of puppies. At 10 weeks, most will be about 15 inches tall and weigh between 15 and 25 pounds. They will grow to their full height at around two years of age though it may take them another year or so to achieve their adult weight.

Siberian Huskies and Rottweilers are breeds known to have congenital health issues, and these can be passed down to their crossbreed offspring. Try to find out as much as you can about the parents when you’re talking to breeders about puppies and prospective adoptions. Reputable breeders may even allow you to meet the parent dogs. Healthy Rottskies typically live between nine and 13 years.

Common health problems include hip and elbow dysplasia, and bloat, which are conditions that many large-sized dogs are prone to. Osteochondritis dissecans is a less common inflammatory condition in which cartilage can break free of the joints; when found in Rottskies, it often occurs in the hock or ankle joint. These dogs also inherit a higher-than-average risk of developing osteosarcoma from their Rottweiler parent. Other diseases they may be prone to include progressive retinal atrophy and cataracts.

Health and Entertainment for your Rottsky

A Rottsky’s personality is largely shaped by three traits: its high intelligence, its need for activity, and its desire for affection. If you provide your pet with mental stimulation and attention and make sure it gets a chance to expend its seemingly boundless energy in a constructive way, your dog will become a terrific family pet. If you don’t, your dog may begin to develop negative behaviors like chewing, digging, and barking.

Even puppies who are loving and affectionate may undergo a behavioral transformation when they hit nine months, which is the equivalent of doggie adolescence. Traits like stubbornness, assertiveness, and the need to dominate may begin to manifest. This is the reason why it’s extremely important to begin socialization and training with Rottskies while they are still young puppies.

How To Take Care of Rottskys

These dog’s size, intelligence, and thick double coat call for special attention on the part of their owners. In order to optimize your experience as a Rottsky owner, you will have to pay attention to your dog’s dietary needs, grooming and training requirements.

These are active dogs, so their caloric requirements are high. They love to eat, and food can be an effective reward while training. The optimal diet for an adult is three cups per day of high-quality kibble that’s at least 25 percent protein. Divide their food into multiple meals throughout the day to reduce the risk of bloat. Read the list of ingredients carefully, and avoid foods that are high in fillers like corn, soy, or wheat. Growing puppies should be fed between two and four cups of kibble a day. Both Rottweilers and Siberian Huskies have a tendency to develop dental problems, and if your dog has inherited these tendencies, it’s best to steer clear of wet food.

These dogs have double coats that require a lot of attention. Grooming with a pin brush and a metal comb at least three times a week is a must, but even at that, you’re likely to be vacuuming frequently if you want to keep your furniture free of dog hair. If your dog has inherited a Rottweiler-type coat, the shedding will be heaviest during the early spring and the early fall when you may need to brush your pet every day.

There’s no need to bathe your dog more often than every few weeks. Frequent bathing may leave your dog’s skin dry and flaky. If your dog has inherited its Siberian Husky parent’s coat, make sure to dry the undercoat completely any time your dog gets wet. If you don’t, mold and mildew may develop in the undercoat.

Start training your dog as soon as he or she becomes a member of your family. Puppies won’t be able to tolerate a training session any longer than 10 minutes, but older dogs should be able to tolerate 30 minutes broken out into segments. These dogs respond best to kindness and the use of food as positive reinforcement.

Training will require patience because these are stubborn dogs. Keep at it. Make sure you do socialization exercises with your pet as well. Rottskies have a well-developed prey instinct, so it’s imperative to teach the dog the sit and stay commands.

Rottskies are extremely energetic dogs. They need at least one vigorous workout every day that lasts for an hour and a half, but two workouts would be even better. They love running, hiking, and pulling. They’re also fond of games like catch and frisbee and do well with agility training. Rottskies do not like to be pent up in small spaces, so if you live in an apartment, consider adopting another breed.

Rottskies are a relatively recent crossbreed mix. There aren’t a lot of breeders breeding these hybrid puppies. These puppies are expensive; if you run across Rottsky puppies being sold for less than $500 apiece, it’s quite likely that the pup has significant health issues.

At around nine months of age, Rottsky puppies start thinking more independently and trying to become the alpha of their pack. Their pack, of course, includes you. It’s extremely important to maintain your dominance in a loving but resolute manner during this trying phase and stick with your training goals.

A well-trained Rottsky makes a fine pet for a family with older children. If you have children under 10, though, it’s probably best to get another breed. Rottskies aren’t known for their patience, and it’s possible that a Rottsky may snap at a child who doesn’t know better than to pull on its tail or ears.

Dogs similar to the Rottsky

Rottskies share traits in common with the Huskador, the Alaskan Malamute and the Labrador Retriever.

How much do Rottskys cost to own?

Prices for a Rottsky puppy begin around $600 and can go up to several thousand dollars depending upon the lineage of its Siberian Husky and Rottweiler parents. Between spaying, vaccinations, and microchipping and the price of food, bedding, crates, toys, and training, you can easily spend an additional $1,500 to $2,000 during your new puppy’s first year. Thereafter, expect the price of owning a Rottsky to average around $1,500 a year. These dogs have unusually high caloric requirements so you’ll spend a lot on food.

Are Rottskies good with kids?

Depending upon how well they’ve been trained, Rottskies can do well with children over the age of 10, but they should always be well chaperoned when they’re going to be around younger children.

How long do Rottskies live?

Rottskies live between nine and 13 years.

How much does a Rottsky cost?

Is a Rottsky a good dog?

Rottskies can be very good dogs, providing that their owners are fulfilling their needs.

What is a Rottsky dog?

A Rottsky dog is a hybrid mix between a Rottweiler and a Siberian Husky.