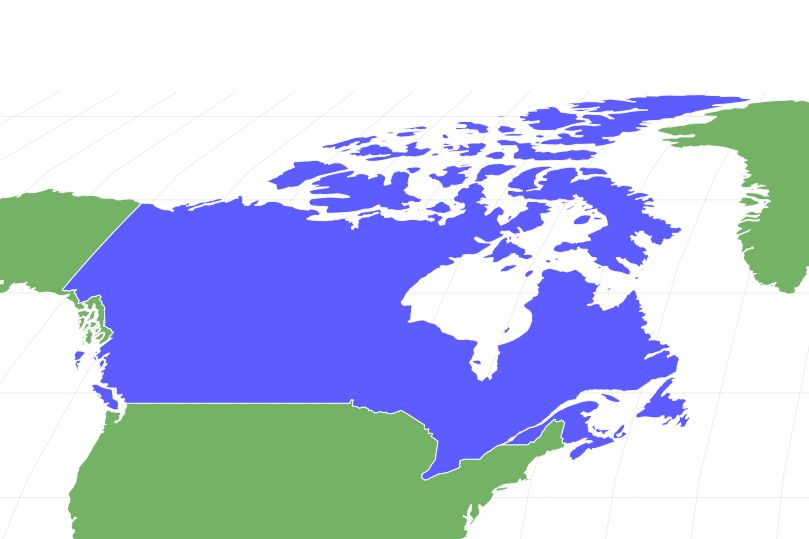 Canadian Eskimo Dog as a Pet:

View all of our Canadian Eskimo Dog pictures in the gallery.

View all of the Canadian Eskimo Dog images!

However, even though efforts have been made to protect these dogs and they have been around for a while, only a few are known to exist so far. The dogs are rarely seen as family pets. The breed is threatened by extinction in the present times.

These dogs are largely healthy. In fact, much of the reason for their low numbers has to do with the mass slaughter of Inuit dogs by the Royal Canadian Mounted Police from 1950 to 1970. Rumors say that this action was a tactic to intimidate the Inuit people at the time. Without many dogs left in the species, preservation of their health is crucial.

Gastric torsion, which is a condition that is caused by the collection of gas in the stomach, can be life-threatening to the animal. Some signs that this twisting has occurred include the inability to vomit, rapid breathing, and frothing at the mouth.

Health and Entertainment for your Canadian Eskimo Dog

Cataracts are also common, though these dogs may be likely to develop entropion (the inward turning of the eyelid) as well. Hip dysplasia and arthritis are both common issues as well, due to the reaction of the joints in warmer weather.

These dogs are known to be loving and affectionate and are gentle and loyal towards the family that they live with.

These dogs can often also develop great bonds with the owners to communicate with them. This breed, however, not suitable for apartments and are often comfortable living outside. With its innate ability to perform as a watchdog, most people who adopt Canadian Eskimo dogs will be pleased with their lack of separation anxiety.

Though these dogs do not often seek out small animals as prey, households that have pets like cats and birds may want to supervise their dog and properly train them to prevent unfortunate accidents.

How to Take Care of Canadian Eskimo Dogs

With the endangered status of the Canadian Eskimo dog, taking care of it properly is crucial to the life of the species. Do not adopt a pup of this nature without fully understanding the commitment. Still, they are rather easy to care for with the right preparation.

These dogs require high-protein dog food. For particularly active and hardworking Canadian Eskimo dogs, supplementation with other meals and fat is helpful. Most adult dogs will eat twice a day, though the meals are a little lighter than if the dog was to feed once daily. Every dog is different, and owners will need to watch their dog’s feeding habits to determine when it is best to feed them.

These dogs also find it difficult to digest grains other than rice and corn. If you add foods like fruits, vegetables, eggs, or dairy products, it should be restricted to less than 10% of what they eat each day. Consuming typical “table food” is discouraged. As resistant as this dog is to unnecessary weight gain, this extra food can lead to issues in their digestive system and even obesity.

Between this breed’s risk of digestive troubles, cataracts, hip issues, and arthritis, a truly nutrient-rich diet is in order. Therefore, this quality chicken recipe is ideal. It has beta-carotene for eye health and glucosamine and chondroitin for mobile, pain-free joints. Finally, prebiotic fiber with a blend of probiotics aids digestion. 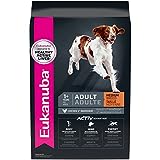 To groom your Canadian Eskimo dog, you should brush its fur or coat about two times a week. However, these dogs shed a lot during one particular period. During this part of the year, it becomes increasingly important to brush your dog’s coat daily. These dogs need to be groomed quite often, though the dense coat will require some work.

Despite the need to groom this dog’s coat, the winter months are quite easy. Most owners don’t even bathe their dogs through this time of year.

The Canadian Eskimo dogs are very easy to train, unlike other spitz breeds, and can quickly pick up commands during training. These dogs are known to be highly intelligent and usually need an authoritative and firm training teacher to learn best.

As intelligent as the Canadian Eskimo dog is, training it as a detection dog or a therapy dog isn’t especially helpful. Their training is much better suited for family life.

Due to their breeding as a working dog, Canadian Eskimo Dogs need a high amount of daily exercise. Their quench for exercise will not be usually fulfilled with a simple walk and they would usually need to make a run. Even with plentiful exercise, avoid apartment living with this animal – their wanderlust could lead to behavior issues without the freedom to roam.
These dogs are usually also involved in dog sports like mushing, carting, or agility.

Even though the puppies can be given the same diet as the adult Canadian Eskimo dogs, they should be fed small quantities in a larger number of doses since it might prove difficult for puppies to digest huge quantities of food in one go.

Once puppies are weaned, they will need to eat a full bowl of food about four times a day. This number drops down to three bowls a day from 3 months old to six months old. From six months to one year, puppies will still need two meals a day. After one year, owners can feed the dog an adult diet.

Traditionally, the puppies of this breed are fitted with a harness as early as possible, allowing them to grow up with constant training. To encourage these pups to work hard, owners frequently pair puppies as young as 8 months old with adults to learn.

These dogs are great with children. They are affectionate and loyal towards their owners and exhibit a special playful behavior around the children of the family. They are extremely loyal, but they may not like incredibly noisy households.

The territorial nature of the these dogs may lead it to feel threatened around strangers. Even with family, it is common for these dogs to attempt to “herd” children in the same way that a dog on a farm may herd sheep. When children run and play, watch out for nipping at their ankles. While the behavior is not aggressive, an accidental injury may still happen.

Though the breed was previously synonymous with the Inuit people, their lack of numbers led it to be pulled from the American Kennel Club registry.

Here are some popular names for the Canadian Eskimo Dogs:

How much does a Canadian Eskimo Dog cost to own?

These dogs usually cost around $800 to $1,200 for adoption. Grooming expenses could cost about $1,000 per year, depending on the groomer that you choose. The price of food will vary with the type of food that you select.

Is a Canadian Eskimo Dog good with kids?

Yes, these dogs are great with kids and are known to be extremely playful around them.

How long does a Canadian Eskimo Dog live?

These dogs usually live for about 10 to 15 years.

What climates are best for Canadian Eskimo dogs?

The Canadian Eskimo Dogs are the most comfortable in cold climates.

These dogs shed excessively during one phase of the year. Owners need to regularly have them groomed to prevent shedding.

How many Canadian Eskimo dogs are there?

There are approximately 300 Canadian Eskimo Dogs. These dogs, however, are faced with extinction right now.

How big do Eskimo dogs get?

Even though these dogs are not usually kept as domestic and family pets, they still make great family companions and are affectionate and loyal towards their owners.

These dogs are currently threatened by extinction right now.

Canadian Eskimo Dogs are Omnivores, meaning they eat both plants and other animals.

What Kingdom do Canadian Eskimo Dogs belong to?

What phylum do Canadian Eskimo Dogs belong to?

What class do Canadian Eskimo Dogs belong to?

What family do Canadian Eskimo Dogs belong to?

What order do Canadian Eskimo Dogs belong to?

What type of covering do Canadian Eskimo Dogs have?

What is the scientific name for the Canadian Eskimo Dog?

The scientific name for the Canadian Eskimo Dog is Canis lupus. 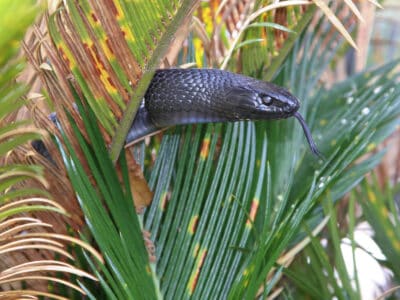 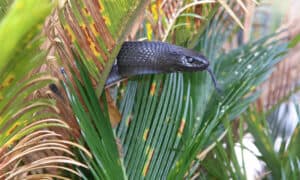