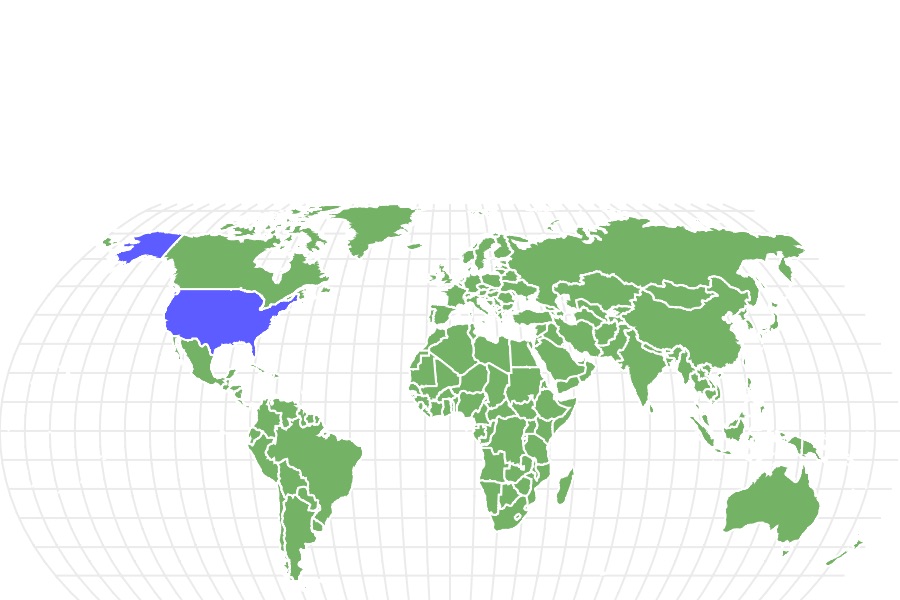 View all of our Vaquita pictures in the gallery.

View all of the Vaquita images!

The vaquita holds several records among its fellow cetaceans, including that of smallest and rarest of all known marine mammals. This porpoise species was only recently discovered and catalogued by researchers, who didn’t have a life specimen to study until the 1980s. Vaquitas are animals that are only found in a small area at the northern end of the Gulf of California in an area known as the Sea of Cortez. While information about the biology and behavior of these animals is very limited, conservationists are certain that they are on the brink of total extinction.

You can read more incredible facts about vaquitas.

Vaquita is a Spanish word that means “little cow,” which comes from its extremely small stature relative to other porpoise species. As a cetacean, the little cow is closely related to other marine mammals like dolphins and whales. The species is classified as Phocoena sinus, which literally means “porpoise from the Gulf of California.” This gulf is the animal’s only known natural habitat. They are members of the Phocoenidae family in the Mammalia class.

As the smallest cetacean species in the world, the little cow is aptly named. Adults grow to about 4 to 5 feet in length with a mature weight ranging from 60 to 120 pounds. They have a distinctly large and angular dorsal fin relative to their size. Adult females tend to be a bit longer than males, but have less prominent dorsal fins. Like dolphins and other marine mammals, they need to periodically surface to breathe.

Their relatively small bodies have a rounded shape with no noticeable beak, which gives them a distinctly different look than their dolphin cousins. The vaquita’s body is mostly grey with darker skin along the top and lighter skin along their belly. They also have characteristic dark coloration around their eye sockets and mouths.

Vaquita hold the dubious records of rarest marine mammal in the world as well as the one with the smallest geographical range. They have only been found in the relatively sheltered waters of the Sea of Cortez, which is a saltwater body at the northern end of the Gulf of California. The gulf provides decent shelter from stronger ocean currents found in the Pacific, as well as turbulence from storms and the larger predators that frequent those waters.

Vaquitas are animals that tend to stick to shallow waters and typically swim within 500 feet of the surface. This is one of the reasons why they are particularly vulnerable to gill nets and other practices of local commercial fishing operations. Many vaquita have been lost over the last few decades due to being accidentally caught in illegal nets designed to trap the endangered totoaba drum fish, shrimps and other aquatic species. These small sea-going mammals face multiple threats aside from by-catch in fishing nets, including exposure to pollution and disruption of local food supply.

Conservationists and researchers estimate that there are only around 10 vaquita individuals left in the wild, which has prompted their classification as critically endangered. Recent efforts to relocate and preserve members of the species did not prove successful, despite significant public awareness, funding and international participation. Experts believe the animal could face complete extinction as early as 2021. Learn more about the most endangered species in the world here.

Very limited observation has made it difficult for researchers to ascertain the details of the vaquita’s involvement in the local food chain. Reports from fisherman indicate the some shark species prey on the animal, but this is not thought to be a major factor contributing to their impending extinction. Both great white sharks and whale sharks enter the Gulf of California. They are not a known target for any modern recreational or commercial fishing operations.

Vaquitas are generalist carnivores much like dolphins and other cetaceans. They target a variety of local fishes, with croakers and other benthic fish species being a large component of their diet. They may also consume squids and crustaceans if they can find them.

Vaquitas are relatively slow to reproduce, which only worsened the recent population crisis. Limited observations of the animals’ behavior indicate that males compete for the attention of the larger females. Potential mothers are thought to give birth every other year to a single calf after a 10 to 11 month pregnancy. Calves are usually around 2.5 feet long and about 15 pounds in weight when they are born. These marine mammals are believed to have a lifespan that can extend over 20 years and adult females reach sexual maturity at 3 to 6 years old.

Vaquita in Fishing and Cooking

The vaquita itself has not been targeted either recently or historically by commercial fisheries. However, they are particularly susceptible to gill nets used to hunt the local totoaba fish. These fish are also critically endangered and protected by the Mexican government, but illegal fishing operations persist fueled by demand for the animal’s air bladder in Asian markets.

It’s virtually impossible to ascertain the exact number of vaquita individuals left in the Gulf, but scientists have several ways of tracking and estimating their numbers. Total numbers have been in sharp decline over the last few decades. Researchers estimated a population of around 200 individuals in 2008, but this number fell to less than 30 in 2016 and was thought to be around 10 as of 2020.

View all 23 animals that start with V

What is a vaquita?

Vaquitas are small marine mammals directly related to the porpoise and share many characteristics with dolphins and whales, including the need to breath at the ocean’s surface. They are the rarest marine mammal and are at imminent risk of complete extinction.

Where are vaquita found?

They are native to a very small geographical region limited to the norther end of the Gulf of California, which is also known as the Sea of Cortez. The vaquita lives in shallow waters with depth of 500 feet or less.

As of 2020, researchers believe that there are still around 10 vaquita individuals left in the wild. However, failure to preserve or subject the species to captivity has caused experts to estimate total extinction in the near future.

Why is the vaquita endangered?

The primary cause of the vaquita’s endangerment is being trapped in gill nets designed to trap local fish species, particularly the totoaba. While these mammals are not the target, they are often victims of this illegal practice. Habitat pollution and other environmental factors may have also contributed to their decline.

What do vaquita eat?

Much like the dolphin cousins, vaquita are flexible salt water predators that mainly survive by eating fish. However, they are also known to target crustaceans, squids and other animals that they find in their habitat.

What Kingdom do Vaquitas belong to?

Vaquitas belong to the Kingdom Animalia.

What phylum do Vaquita belong to?

Vaquita belong to the phylum Chordata.

What class do Vaquitas belong to?

Vaquitas belong to the class Mammalia.

What family do Vaquitas belong to?

Vaquitas belong to the family Phocoenidae.

What order to Vaquitas belong to?

What type of covering do Vaquitas have?

Vaquitas are covered in Skin.

What is the main prey for Vaquitas?

What are some predators of Vaquitas?

Predators of Vaquitas include sharks.

What is the scientific name for the Vaquita?

The scientific name for the Vaquita is Phocoena sinus.

What is a distinguishing feature of the Vaquita?

Vaquitas have no beak and dark rings around their eyes.

What is another name for the Vaquita?

The Vaquita is also called the little cow.

What is an interesting fact about Vaquitas?

The Vaquita is the smallest cetacean in the ocean.

How do Vaquitas have babies?

Vaquitas give birth to live young.