Warm-Blooded Animals: 10 Animals That Can Regulate Their Own Body Temperature

Blue whales aren’t just the largest warm-blooded animals on Earth, they’re the largest animals of all! These incredible marine-dwelling mammals grow up to 100 feet long and can weigh up to 160 tonnes. Blue whales gestate their calves for 10-12 months. At birth, blue whale calves are already around 20 feet long. Scientists believe these amazing creatures live to be about 90 years. Despite their huge size, blue whales are no predators. In fact, they feed on some of the smallest critters in the ocean: krill.

The okapi might be one of the strangest looking warm-blooded animals on the planet. These African herbivores live in the tropical rainforests of the Democratic Republic of the Congo, in central Africa. Okapi have deep brown bodies, with white striped legs and hindquarters. They resemble a cross between a horse and zebra, but, they’re not closely related to either. These creatures, sometimes known as forest giraffes, are actually the giraffe’s only living relative. They’re currently listed as Endangered.

Tapirs look like a cross between a pig and an anteater. Lowland tapirs, also known as South American tapirs, live throughout much of South America. These warm-blooded animals grow up to six feet long and can weigh over 500 pounds. But, unlike wild boar, they lack tusks and present little threat to humans. In fact, these gentle, low-slung giants are strict herbivores, and survive on a diet of leaves, fruits, seeds, and nuts.

Found only in North and Central America, the bobcat is one of the fiercest warm-blooded animals of all. These stout cats grow up to 40 inches from head to tail and weigh under 40 pounds. But, what they lack in size, they make up in pure ferocity. Bobcats are predators and eat mainly small mammals, like hares, rabbits, raccoons, and the occasional baby deer. Also known as red lynx, these cats are smaller than Canada lynx and mountain lions. They’re typically tan in color, with stripes and spots on their legs, and huge vertical ears.

Hedgehogs, long considered a garden nuisance in many parts of the world, have become one of the most popular pets in the world in recent decades. These warm-blooded animals are covered with sharp quills, similar to those of a porcupine. When threatened, they curl up in a ball, covering their vulnerable heads and bellies with defensive spines. Hedgehogs grow up to a foot long and weigh almost nothing. They’re insectivores, and mainly eat earthworms, caterpillars, beetles, snails, and any other crawling bug they can get their paws on.

Famous for their ‘hot-tubbing’ lifestyle, Japanese macaques are some of the most famous warm-blooded animals in the world. These members of the primate family (which also includes chimpanzees and gorillas) live only in northern Japan. They have furry, gray-brown bodies, with pink, human-like faces. To stay warm in the winter, they spend hours at a time sitting in geothermal hot spring pools. Also known as snow monkeys, these leisurely macaques are one of the biggest tourist draws to northern Japan.

Also known as the duck-billed platypus, these warm-blooded creatures are some of the strangest on the planet. Despite their ‘ducky’ appearance, platypus are in fact mammals. Though they’re not quite the same type of mammal as you or I–they’re monotremes. The only other type of monotreme in the world is the echidna; they’re distinguished from other mammals by the fact that they lay eggs. Platypus live only in the freshwater rivers of Australia, where they feed on larval insects, snails, tadpoles, and other small creatures.

Kiwis aren’t just a fruit, they’re also a warm-blooded animal native only to New Zealand. These strange, flightless birds are New Zealand’s national icon, and, they can live up to 50 years in the wild. Kiwis are small, with long, brown feathers that hang off the body. Their eyes are very small, and their beaks are very long and thin. They have no tails, and can’t fly. What kiwis can do is hunt for berries, seeds, earthworms, and insects. They’re nocturnal, and nest on the ground, which makes them vulnerable to predators like dogs, cats, and weasels.

You might not have heard of these warm-blooded animals, but vaquitas are currently one of the most critically endangered species on the planet. These cetaceans (dolphins, porpoises, and whales) live in the waters of the northern Gulf of California. They grow up to five feet long and resemble miniature porpoises. In fact, they’re the smallest cetaceans in the world and eat everything from small fish to squid and crab. Currently, there are extensive conservation efforts underway to save this species, but it may already be too late.

Along with the vaquita, the Amur leopard is one of the most critically endangered species on Earth. These warm-blooded animals live only in the far eastern part of Russia. Amur leopards look very similar to African leopards, but, they have thicker, fluffier fur, and much stockier bodies. These are adaptations that allow them to survive the icy cold winters of their home forests. Like Amur tigers, Amur leopards prey on medium-sized mammals, like deer. Conservation efforts to save the Amur leopard are currently underway and involve preventing illegal poaching and preserving habitat and game for these incredible big cats.

How Many Legs Do Ticks Have (And Why?) 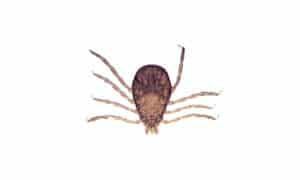