Holds breath for up to 90 minutes at a time 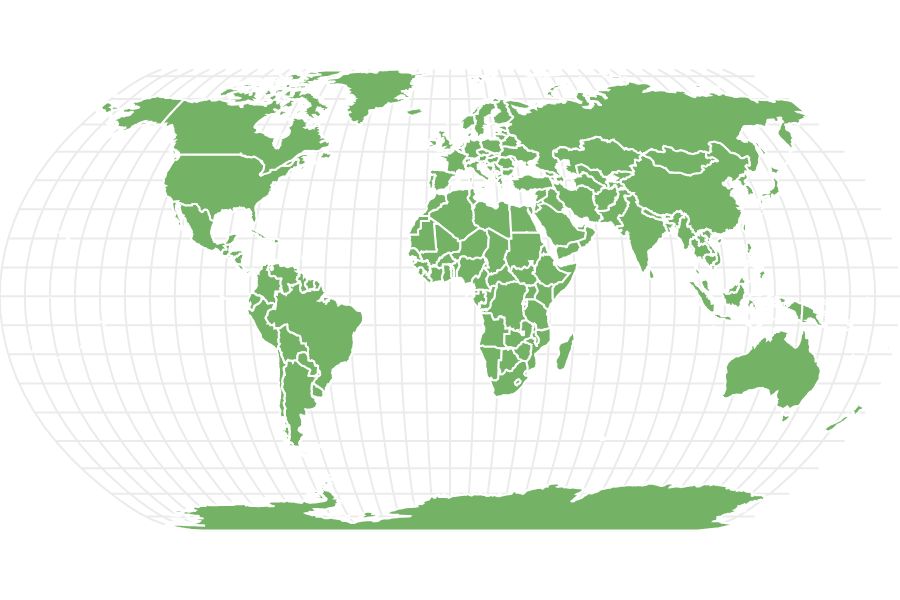 View all of our Sperm Whale pictures in the gallery.

View all of the Sperm Whale images!

The sperm whale, also known as the spermaceti whale or cachalot, is the largest of the toothed whales.

Found in all of the world’s oceans, sperm whales were once hunted extensively; a moratorium on such activity in the late 1980s has helped their populations to grow again. Despite their colossal size, sperm whales can move at speeds of up to 23 miles per hour and dive to depths as far as 10,000 feet.

The sperm whale is also called a cachalot, which may be derived from an archaic French term meaning “big teeth” or a Portuguese word meaning “big head.”

The largest toothed predators on earth, these whales grow to a size of 49 to 59 feet in length and between 35 to 45 tons in weight. Males grow to an average size of 52 feet and 45 tons while females grow to an average of 40 feet and 15 tons. Their massive heads – their skulls make up about one-third of their skeletons – feature prominent, rounded foreheads and narrow lower jaws. The head houses the largest brain of any creature on earth – it weighs up to five times more than a human brain – along with large quantities of spermaceti, oily fluid that turns waxy when cold. Once thought to be sperm, the substance remains somewhat mysterious to scientists. Some believe that spermaceti may help these whales alter their buoyancy for more effective diving, but its exact purpose is unclear.

The skin behind the head is normally wrinkled, and the skin across the body is typically dark grey; some whales have white patches on their bellies.

This whale is the only living creature with a single, asymmetrical blowhole, which is found on the left side of the crown of its head. The interior of their mouths is usually bright white, and 20 to 26 large teeth are found on either side of the lower jaw; the teeth along the top rarely erupt from the gums. Sperm whales have paddle-shaped flippers, small dorsal fins, and small, triangle-shaped flukes. However, its tail fluke can measure up to 16 feet long from tip to tip, allowing it to travel in short spurts at speeds of up to 23 miles per hour.

Sperm whales have one of the broadest global populations of any marine animal species. Heavily targeting by whalers primarily during the 18th and 19th centuries, their population declined drastically until a moratorium was called in 1986 by the International Whaling Commission. Since then, it is believed that their population levels have increased again. No official accounting is available, but it is estimated that there are anywhere from 300,000 to 450,000 sperm whales in the world today. This whale is classified as Vulnerable by the IUCN.

These toothed predators are found in all of the world’s oceans. However, their populations tend to be found primarily in waters near Alaska, New England, the Mid-Atlantic, the West Coast, and the Pacific Islands.

These whales do not face any true predators in the wild. However, young or injured whales may be hunted by killer whales, or orcas.

While they don’t face much in the way of natural predators, these whales face numerous threats that are mostly caused by humans. These include becoming entangled in fishing gear; vessel strikes; marine debris; and oil spills and other types of contamination. Noise pollution from ships and other human activities interrupts their behavior and may impact their survival. Climate change is also believed to be one of the biggest threats to these creatures.

As carnivores, sperm whales’ diets consist almost entirely of other creatures. They mostly target larger species, and their diets are mostly made up of sharks, skates, squid, and fish. They can eat up to one ton, or between 3 and 3.5 percent of their body weight, per day.

The average lifespan for these whales is around 60 years. Female whales and young male whales live together in pods of between 15 and 20 individuals, while mature male sperm whales tend to travel solo or move from group to group.

Females and young males stay in tropical and subtropical waters throughout the year, and they are believed to engage in communal childcare. However, Males tend to migrate toward higher latitudes alone or in groups before returning toward the equator to breed. Female sperm whales reach sexual maturity at around nine years of age or about 29 feet in length; they reach physical maturity at around 30 years or about 35 feet in length. Females produce one calf every five to seven years, on average. After a gestation period of 14 to 16 months, a calf measuring an average of 13 feet in length is born. They can start eating solids at around one year of age, but they often continue nursing for many years.

Male sperm whales stay the same size as females for roughly the first 10 years of life. However, they continue to grow substantially until well into their 30s. They reach sexual maturity in their late 20s and physical maturity at about 50 years, or at about 52 feet in length. Males typically leave their pods between the ages of four and 21 years; they often join “bachelor schools” made up of other males around the same size and age. As they age, they start migrating toward the poles, making trips back to tropical waters to breed.

Sperm whales are known for being vocal, and they make lots of sounds. Indeed, their sounds can measure up to 530 decibels. Sometimes, they make sounds to communicate; other times, they do so for echolocation purposes.
The average lifespan for the sperm whale is about 60 years.

Sperm Whales in Fishing and Cooking

Sperm whales were once hunted extensively for their spermaceti, which was used in candles, oil lamps, and as a lubricant. They were also targeted for their ambergris, which is believed to develop in their stomachs around squid beaks, which was used – and still is used – in perfumes. However, a moratorium was enacted on targeting these creatures in the late 1980s. They have never been popularly consumed as food.

Where is the sperm whale found?

Sperm whales are found in all of the world’s oceans. However, their populations are most highly concentrated in the Pacific Islands, Alaska, America’s West Coast, New England, and the Mid-Atlantic.

How big is a sperm whale?

Why is it called a sperm whale?

Whale hunters during the 18th and 19th centuries believed that the oily substance found in sperm whales’ heads was sperm, so they called the substance spermaceti and the whale the spermaceti whale. It has since been shortened to just “sperm whale,” even though the substance is not, in fact, sperm.

Sperm whales are fairly peaceful creatures, and recordings of sperm whale attacks are exceedingly rare and usually only occur to ships – not to actual humans.

Although they are carnivores, sperm whales are not considered to be dangerous. They are known for being placid creatures, and they only seem to attack humans when they mistake them for squid or other traditional prey.

Sperm Whales are Carnivores, meaning they eat other animals.

What Kingdom do Sperm Whales belong to?

What phylum to Sperm Whales belong to?

What family do Sperm Whales belong to?

What order do Sperm Whales belong to?

What genus do Sperm Whales belong to?

What type of covering do Sperm Whales have?

What are some predators of Sperm Whales?

Predators of Sperm Whales include sharks, humans, and killer whales.

What are some distinguishing features of Sperm Whales?

How many babies do Sperm Whales have?

The average number of babies a Sperm Whale has is 1.

What is an interesting fact about Sperm Whales?

Each tooth of a Sperm Whale weighs 1kg!

What is the scientific name for the Sperm Whale?

The scientific name for the Sperm Whale is Physeter macrocephalus.

What is the lifespan of a Sperm Whale?

Sperm Whales can live for up to 60 years.

How many species of Sperm Whale are there?

There are 4 species of Sperm Whale.

What is the biggest threat to the Sperm Whale?

The biggest threats to the Sperm Whale are human activity and climate change.

What is the optimal pH for a Sperm Whale?

What is another name for the Sperm Whale?

The Sperm Whale is also called the cachalot.

How many Sperm Whales are left in the world?

How fast is a Sperm Whale?

A Sperm Whale can travel at speeds of up to 23 miles per hour.

How do Sperm Whales have babies?

Megalodon vs Sperm Whale: Who Would Win in a Fight?

A megalodon would win a fight against a sperm whale.

The megalodon has stealth and experience killing whales on its side, but a sperm whale has never encountered anything like this creature before. Sure, they can get harassed and killed by killer whales, but nothing that has the biting power and size of a megalodon has attacked a sperm whale in the world today.

Sperm Whale vs Orca: Who Would Win in a Fight?

A lone sperm whale would kill an orca in a one-on-one fight.

Even when both creatures travel in pods, the orcas typically choose to separate the smaller whales from the group and kill that rather than face the terrible fury of a bull whale.

What's the difference between sperm whales and blue whales?