Click through all of our Walleye Fish images in the gallery. 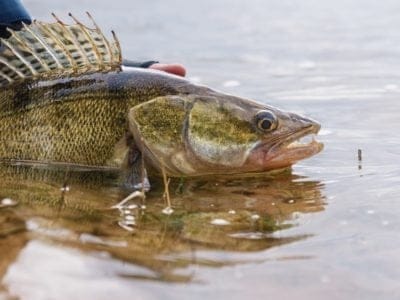 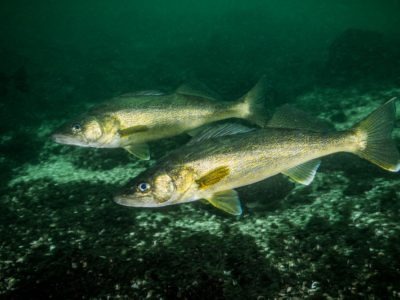 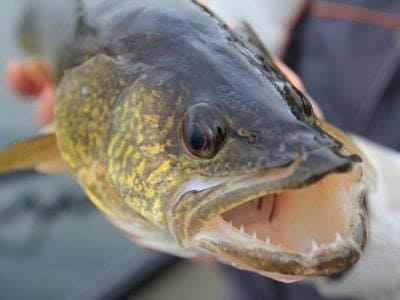 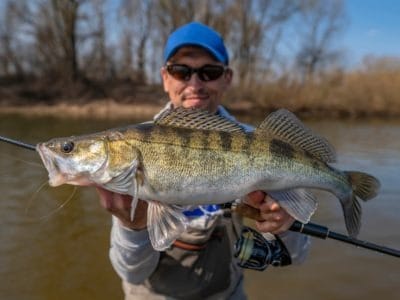 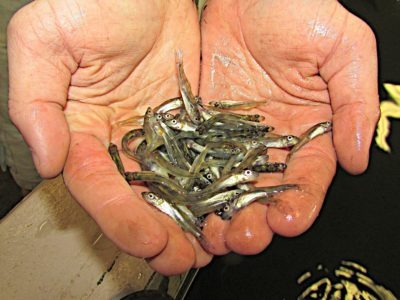 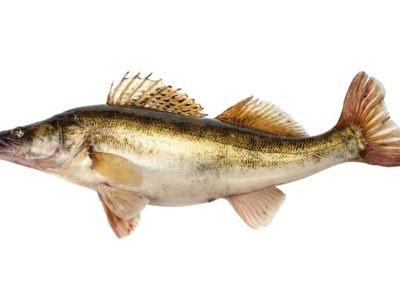 View all of the Walleye Fish images!

Walleye is a species of ray-finned fish native to freshwater bodies in many states throughout the Midwestern United States and in many regions of Canada. They are popular game fish for anglers who are seeking a fun fight along with a solid meal. Their popularity in recreational fishing has prompted introduction in rivers and lakes across the United States, sometimes with negative ecological consequences. Appearance and behavior can vary slightly between local ecosystems as populations adapt to specific habitats.

The walleye is also called yellow pike, yellow pickerel, and is sometimes labeled yellow walleye to distinguish it from an extinct subspecies known as blue walleye. It’s also known simply as pickerel in Canada, although they are actually a type of perch and are not related to the various species officially classified as pickerel.

The scientific name for the species is Sander vitreus. The word vitreus is taken from the Latin word for glassy, which is a reference to the walleye’s distinct large, reflective eyes. This species is part of the Percidae family, which is in the Actinopterygii taxonomic class.

There is currently only one known species of walleye, although there can be noticeable genetic differences between fish populations in different habitats. The blue walleye, also historically known as the blue pike, was considered a closely related species but was then reclassified as a subspecies directly related to them. However, the blue walleye’s native populations dwindled during the 20th century and it was declared extinct in 1983.

As the largest member of the perch family, walleye reach an adult size of around 30 inches long and 20 pounds in weight. While there is some dispute about the record, the largest walleye on record was caught in 1959. The so-called Harper Walleye, named after the surname of the fisherman who caught it, was reportedly just over 40 inches long and weighed 25 pounds.

These relatively large freshwater fish have lean, flexible bodies that make them fun fighters for anglers. They have a dark green to gold coloration along most of their body with at least 5 distinct black bands along the back. Their bellies usually scale to a white or lighter color. They have two fins along the top of their body, including one soft ray fin and another spined one. Their mouth is also lined with sharp teeth that can make removing lures a hazardous prospect.

Both the common and scientific names for walleye comes from their unique eyes, which have a shiny appearance and unusual outward-pointed positioning. These features give the fish exceptional vision compared to many other aquatic species, especially during the darker hours of the day. This adaptation gives them a significant edge as they hunt prey during the dusk, night, and early dawn hours.

Walleye is a freshwater fish that has a decent amount of habitat flexibility, thriving in water bodies of varying sizes. Their ideal habitats are large and shallow lakes and rivers with a decent amount of water movement, or turbidity. Walleye can also inhabit smaller pools, backwaters, and estuaries. They are also sometimes found in brackish waters that have some salinity.

Its native range includes the Great Lakes, Saint Lawrence River, and the Mississippi River Basin. The fish is currently found as far north as Arctic Canada and can be found in virtually every state across the continental United States. The expansion of their geographical distribution is largely due to intentional stocking as a game-fish, although they have been accidentally introduced into some ecosystems as well.

Humans are a major predator of the species with significant recreational and commercial fishing taking place throughout the year. Walleye have various potential natural predators depending on habitat, including largemouth bass, muskellunge, osprey, eagles, and otters.

Walleye are flexible and relatively indiscriminate predators that eat anything from bugs and fish to leeches and worms. They often target smaller fish, like minnows and yellow perch, including the babies of larger fish species. Leeches, mayflies, and crayfish are among the many possible prey targets for these fish.

Walleye move towards tributary streams, or shoals in larger water bodies, during the end of the winter season. They typically engage in group spawning by moving to shallow water following a period of energetic chasing and circular swimming. Females release their eggs, which can number in the thousands, and males immediately fertilize them. Adults became sexually mature at around 3 or 4 years old and have a potential lifespan of over 20 years.

The adhesive eggs fall to the bottom and incubate for 12 to 30 days before hatching. Parents don’t protect or look after their young in any way following fertilization. Walleye babies emerge from the eggs as free-swimming embryos. They absorb the remainder of their yolk for about a week before heading off to feed on larvae and plankton. The babies start preying on smaller fish by the time they are 1 to 2 months old.

Walleye Fish in Fishing and Cooking

Walleye are an extremely desirable fishing target for recreational anglers throughout the US and Canada, which is why many states stock certain lakes and rivers periodically. Since they are nocturnal, fishing usually occurs between dusk and dawn. Popular lures include spoons, spinners, and plugs. Live bait, including minnows and leeches, can also be very effective for enticing these aggressive fish.

The species is considered good eating for a freshwater species, so they are targeted by commercial operations as well as recreational. Adult fish provide a decent amount of usable meat that is firm when cooked with relatively few bones, which is a big plus for eaters. The meat’s flavor is considered subtle, so it doesn’t have a strong fishy taste, and has a light sweetness.

As an increasingly popular menu item for North American restaurants, there are plenty of ways to prepare and cook walleye to create a satisfying meal. Spices like cumin, paprika, lemon pepper, and basil are all possible choices for bringing out the natural flavors of the fish. Meat should be separated from the body prior to cooking. The filet can be breaded and pan-fried, baked, poached, or even smoked.

The total walleye population is impossible to estimate due to its massive distribution and habitat flexibility. Recent evaluation done in Lake Erie, the single biggest reservoir for the species estimates local population of over 100 million. While they are currently classified as least concern in terms of conservation, experts believe that climate change and the introduction of competitor species could significantly diminish their population by the end of the century.

View all 50 animals that start with W

How do you fish for walleye?

Anglers should prepare for a night-time operation since these fish are nocturnal. It’s also a good idea to come equipped with a variety of lures and even some live bait if you don’t know what the local walleye population prefers. Lures that imitate minnows, like spoons and plugs, are often a prime choice.

Where are walleye found?

Walleye are found in lakes, streams, and rivers throughout North America. They are native to the Great Lakes and many estuary bodies in the Mississippi River Basin but have also been introduced to freshwater bodies in practically every state in the continental US.

Is walleye a good fish to eat?

Walleye are increasing in popularity as a menu item and have long been a desirable food target for recreational fishing. They have a relatively mild taste, good texture, and are easy to filet without getting many bones. All of these factors give it a high meal potential.

What kind of fish is a walleye?

Despite being frequently known as a pickerel, walleye are actually a member of the perch family. They are members of the ray-finned fish family, which sport a characteristic fanned fin along their topside.

Walleye aren’t a real threat to humans in their natural environment, but they do have sharp teeth that can make it challenging to remove lures and lines from their mouths.

Walleye meat is usually described as slightly sweet and mild with a firm, buttery texture. This makes it a good vehicle for spices that will greatly impact the overall flavor of the dish.

Walleye Fish are Carnivores, meaning they eat other animals.

What Kingdom do Walleye Fish belong to?

How do Walleye Fish have babies?