India encompasses the entire Indian subcontinent in South Asia. It’s one of the most biodiverse countries on Earth, despite having the second largest population of humans of any country. India’s lands are populated with tigers, chital (a type of deer), elephants, Ganges river dolphins, and tons of domestic cattle. But, what about the extinct species in India?

Here, we’ll take a closer look at six extinct species in India, including one that died out a very long time ago. Today, in India, there are many Critically Endangered species with populations so low that they may be extinct even today. Here, we’ll learn about six species that, unfortunately, have already succumbed to extinction.

Now found only in Iran, Asiatic cheetahs are one of the most storied extinct species in India. Once found throughout the Arabian Peninsula and the Indian subcontinent, their numbers have dwindled, and their global extinction is almost certainly imminent.

Cheetahs are the fastest animals on Earth, and Asiatic cheetahs are no exception. Their incredible speed enables them to hunt even the fastest of prey, like gazelle, wild sheep, hare, and wild goat. Unfortunately, it is highly unlikely that these magnificent creatures will ever be seen in India again.

Now listed globally as Critically Endangered, the Javan rhinoceros is one of the locally extinct species in India. Today, they are found only in a single national park on the island of Java in Indonesia. Formerly, these massive, plant-eating mammals roamed throughout Southeast Asia, including China and India.

Javan rhinoceros are incredibly rare, with fewer than 100 individuals thought to be living in the wild today. They’ve been completely eradicated in India due to human hunting, habitat loss, trophy hunting, and poaching for their ivory horns.

Javan rhinoceros stand between 4.5-6 feet tall, and males sport a single horn on the tip of their nose. They’re light to dark gray in color, with robust bodies and large, horse-like ears. These lumbering herbivores live in rainforests, and adults have no natural predators, other than humans.

The pink-headed duck is one of the most famous extinct species in India. Despite no confirmed sighting of this species in over 70 years, occasional reports of sightings have made the scientific community hesitant to officially declare them extinct. Listed as Critically Endangered, pink-headed ducks have been but a whisper on the wind since 1949, and it is very likely that they are extinct in India. The occasional reports of sightings have all occurred in the remotest of Myanmar’s swamps, and none have been confirmed.

As their name suggests, pink-headed ducks famously sported hot pink heads and bills, like those of flamingoes. Their bodies were dark black or brown, with dark, webbed feet. They are believed to have foraged on aquatic vegetation, mollusks, and shrimp or krill, which would have given them their pink coloring.

The Indian aurochs are one of the oldest extinct species in India. These bovines went extinct hundreds of years ago, in the 13th century. However, their domestic descendant, the zebu cow, still roams India, South America, and Africa.

Indian aurochs were similar in appearance to Eurasian aurochs, with long, curving horns and a pronounced hump between the shoulder blades. They were dark brown to black in color, with short fur and cloven hoofed feet. As herbivores, they would have eaten grasses and forbes, and given birth to 1-2 calves at a time.

Though these birds are listed as Critically Endangered, they have not been seen in over 100 years, and are almost certainly one of the extinct species in India. Himalayan quails once lived in the Himalaya mountains of India, where they hid in dense grass and foraged on insects. They are said to have had red legs and a red bill, as well as white spots near the eyes. It is believed that human habitat alteration led to their disappearance, and likely extinction.

Unlike the African and Asian elephants of today, the Asian straight-tusked elephant hasn’t walked the earth in tens of thousands of years. This extinct species in India died out around 30,000 years ago, but once lived throughout much of Asia, and even Europe. Adults would have stood around 13 feet tall, with tusks that pointed straight at the ground, rather than curving up like many of the elephants of today. They’re thought to have looked like smaller versions of today’s Asian elephants.

8 of the Biggest Animals that Have Gone Extinct

The Extinct Walrus: How Vikings Hunted a Walrus to Extinction

How an Extinct Bird Re-evolved Itself from the Dead 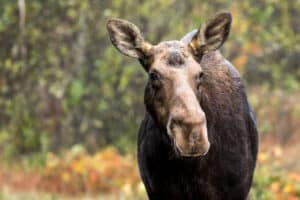