Are Narwhals Extinct? Their Population and Where they Live

With its long spiraling tusk, the narwhal resembles a hybrid between a whale and a unicorn. Males have a tusk that is an oversized tooth which can grow up to ten feet long. The tusk has up to ten million nerve endings, according to an ongoing study. The tusk may be involved in male dominance.

Narwhals live in Canada, Greenland, Norway, and Russia’s Arctic waters. They can breathe through ice cracks after diving up to a mile and a half deep. They eat halibut, as well as other fish, squid, and shrimp.

One of the most beautiful and rarest animals on the earth, the narwhal is a treat most people would love to see. Tourists are drawn to the Arctic Circle just to try and spot one of these fascinating creatures known as “the unicorns of the sea.”

Below is a list of the top reasons for narwhals declining population status.

A large part of the narwhal’s decline in the Canadian Arctic is attributable to climate change and the resulting ice melt. For the sake of both their life and their capacity to procreate and expand their species, the Narwhal relies on ice as their primary home.

The biggest issue facing the narwhal species is that the ice is melting too quickly for it to adapt to. This makes it difficult for the narwhals to hide from predators, find food, and rest on, making narwhal extinction an actual possibility.

Excessive Greenland narwhal hunting is putting the species at risk of extinction. As a result of their meat and blubber, as well as their tusks, narwhals are listed as “near threatened” by the Worldwide Fund for Nature. In northern Canada, narwhal tusks can be hunted by indigenous Inuit’s, but the tusks cannot be imported into the United States.

It’s estimated that the Narwhal population is at risk of going extinct within the next few decades because of overpopulation of humans and an increase in human activities.

For example, shipping of oil and gas has grown, contaminating areas of the ocean where narwhals live as a result. Many sea animals, especially the gorgeous Narwhal, have been adversely affected by all the big shipments of goods.

In addition, there is the issue of noise pollution from these enormous ships that are taking over the waters. In the Arctic, narwhal populations are decimated by the effects of noise pollution, which interferes with their capacity to communicate efficiently with one another, resulting in their inability to endure the severe conditions of the ocean.

Narwhal Population: How Many are Left?

The Canadian Arctic is home to more than three-quarters of the world’s 80,000 narwhals, which spend their summers there. The narwhal populations in the Baffin Bay and Hudson Bay are the largest in Canada. In a study published in The Royal Society, researchers found that the world’s narwhal population will be significantly diminished by the end of this century, mostly because of rising water temperatures.

Where Do Narwhals Live?

The Arctic Circle is the only place where narwhals may be found. Nevertheless, these whales have been known to inhabit varied water depths depending on the season. The Arctic waters of Russia, Norway, Greenland, and Canada are common habitats for these species. Narwhals spend two-thirds of their time in Canada and the other third in East Greenland.

Narwhals are one of the rarest marine mammals on Earth, and their appearance brings up memories from an earlier time in human history. As a result of their rarity, they are increasingly vulnerable to trophy hunters.

A major concern for narwhals today is the threat of human hunting, which has become increasingly feasible with the advancement of hunting techniques and equipment. The narwhal species faces one of the largest and most destructive threats in its entire history: the prospect of extinction.

It would be disastrous if the Arctic’s ecology were to be without narwhals, as there existence is vital to the survival of many other species. To save the narwhal from extinction, it is necessary to understand these magnificent deep-sea creatures. 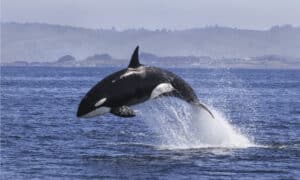